No hemp farms established yet in Franklin County

Cornell Cooperative Extension preps legislators for what could come 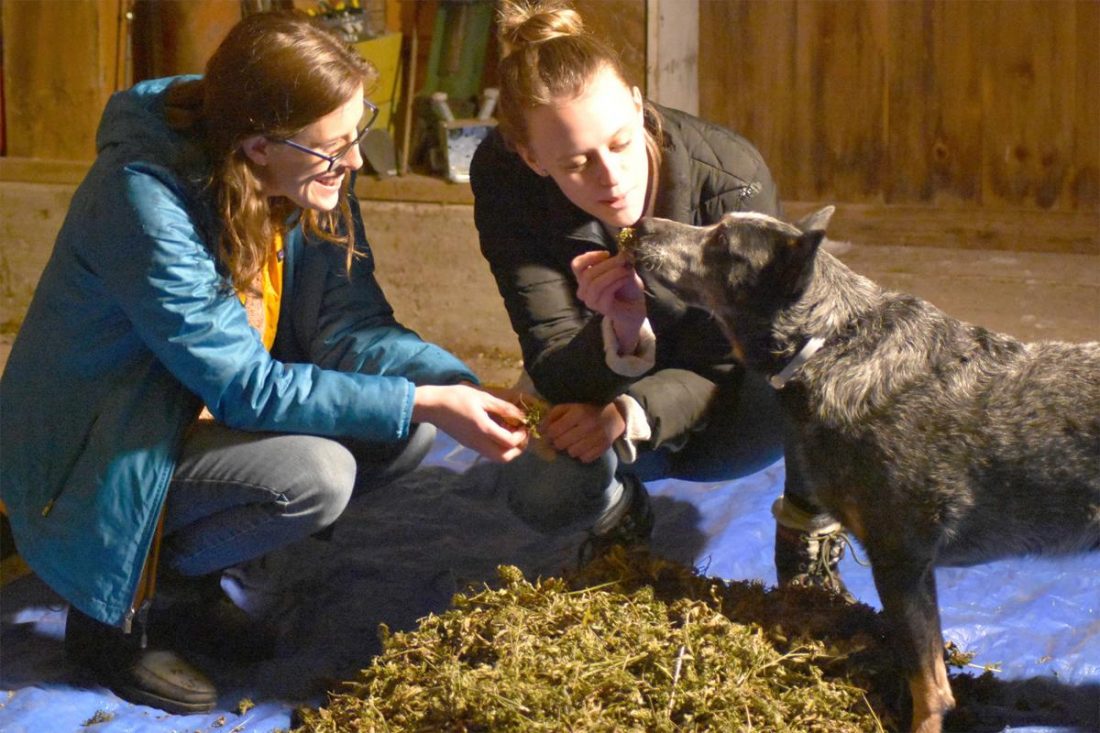 MALONE — In December the 2018 farm bill passed, allowing the cultivation of industrial hemp across the United States. In Franklin County, there are still no farms growing it.

On Thursday, employees of Cornell Cooperative Extension presented the facts of hemp to Franklin County legislators to explain what hemp farming could look like here. Hemp and the drug marijuana both come from the same plant species, but one cannot get high from hemp because it has such a low concentration of the psychoactive chemical THC.

Currently there are around 2.5 million acres of farmland growing hemp in the United States. Each field looks very different depending on what is being grown. In fields used to produce hemp fiber for rope, paper or cloth, the plants are grown closely together, with tens of thousands of stalks per acre. This is considered traditional, as farms that grew hemp in the past used it for the fiber and the grain, which grows on the top.

For cannabidiol (CBD), there are far fewer plants grown in an acre. This type of hemp farming, however, can be the most profitable.

One acre of CBD hemp can yield $2,500 to $40,000. Farming for CBD yields oils that are used in a variety of products. They are new in the legal eyes of the federal government, and there are still questions as to their effectiveness.

The only CBD products the U.S. Food and Drug Administration has approved are Epidiolex, which is for the treatment of seizures associated with Lennox-Gastaut syndrome or Dravet syndrome in patients 2 years of age and older, and Marinol and Syndros, which are taken for therapeutic purposes. According to the FDA’s website, the proliferation of other CBD products sold for therapeutic purposes is dangerous.

The FDA also says food products with CBD in them are prohibited.

“Selling unapproved products with unsubstantiated therapeutic claims is not only a violation of the law, but also can put patients at risk, as these products have not been proven to be safe or effective,” according to the FDA’s website. “Unlike drugs approved by FDA, products that have not been subject to FDA review as part of the drug approval process have not been evaluated as to whether they work, what the proper dosage may be if they do work, how they could interact with other drugs, or whether they have dangerous side effects or other safety concerns.”

But CBD is still the most popular hemp product. Kitty O’Neil, regional field crops and soils specialist for Cornell Cooperative Extension, said textiles are not as popular due to the CBD product surge in recent years.

But in New York, getting CBD made into the final product can be difficult for a farmer, as there aren’t too many licensed operators up and running. According to Cornell Cooperative Extension, there are 74 in New York, but not all are functioning and some only work on a small level.

Ups and downs of growing

Hemp is typically planted in May or early June and has a growing season of around 100 days; it grows very fast. Good soil, humidity and a temperature between 60 and 80 degrees are usually what the plant prefers. Its nutritional needs are similar to those of corn or wheat, according to O’Neil.

No pesticides or herbicides are allowed when growing hemp. This means the product is always organic and can be marketed as such.

Hemp looks and smells exactly like marijuana, which can be problematic for growers. Police can get calls about a marijuana farm down the street, when in fact it’s a hemp farm. O’Neil said farmers typically will reach out to police beforehand to let them know what they’re growing, that it’s permitted and that they have a license.

O’Neil also said restrictions on security and what kind of fencing needs to go around a hemp farm have been dropped, as they only drew more attraction to the farm. Some people rob the farms to mix the stolen hemp with marijuana that they sell, she said.