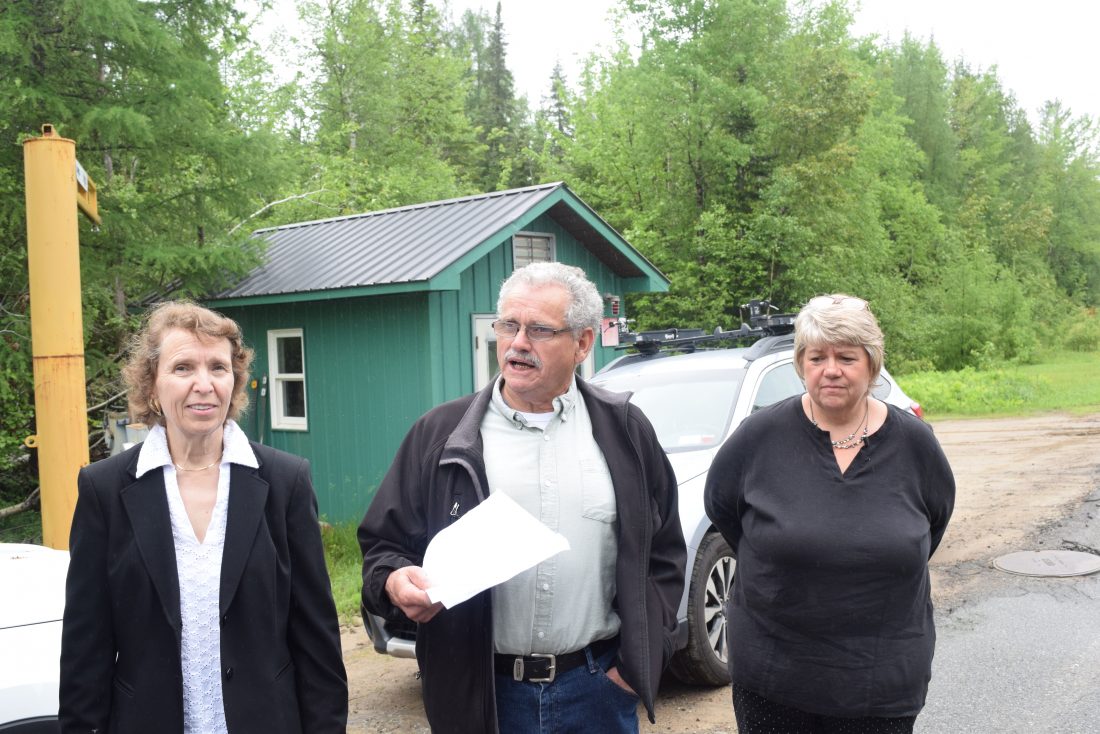 SARANAC LAKE — In the hazy ghost of a storm that had passed, Franklin County officials announced a tentative plan to rebuild and repair several county roads.

Ellis, D-Saranac Lake, highlighted two of those roads as they stood on Old Lake Colby Road (county Route 47), which is to be assessed and repaired within the next two years. That and county Route 55, between Gabriels and Bloomingdale, are both planned to have culverts replaced in 2020 and the roads replaced afterward, according to Marsh.

Ellis also mentioned the repairs to Route 60, which runs through Rainbow Lake and Onchiota. Three miles will be resurfaced with 1.5 inches of pavement.

“This year we made it a priority to get the county roads done,” Lauzon said.

Cliff Donaldson of Lake Clear, who is challenging Ellis in the November election, suggested Tuesday that Ellis announced repairs for those two county roads, 47 and 55, because he had mentioned them as a top priority when he announced his campaign less than two weeks ago.

“I’m just happy that our current county legislator took my advice and is going to do something about these county roads in Harrietstown and Franklin,” Donaldson said. “I think, though, that the voters of this district aren’t going to be fooled by a plan what was just set up and done since I announced my candidacy. … They’ll just see through it.”

Donaldson added that he thinks all county roads should have an “ongoing maintenance program so they aren’t allowed to deteriorate to the state they have.”

Ellis responded that this plan had been in the works since a year ago when she spoke to the Harrietstown and Franklin town highway superintendents about paving priorities. She said Donaldson needs a reality check on what it takes to get a group of people behind a goal and then get the funding for it.

She also said that Tuesday’s announcement was not a campaign event but rather an event of transparency to get the road plan out to the voters.

The road work will be funded by a combination of county funds, money left over from projects the previous year, state grant money acquired through state Assemblyman Billy Jones, D-Chateaugay, and Consolidated Local Street and Highway Improvement Program (CHIPS) money. Each mile of road costs around $150,000, according to Marsh. Employees of the county Highway Department will be used for labor, which will save money as the salary for these employees has already been budgeted. Over $2 million from the county has been budgeted for the road repairs.

Dora was also introduced to the local officials and residents, as he is filling the new position of deputy highway superintendent. Dora worked for the village of Saranac Lake for seven years as superintendent of the Department of Public Works. Marsh said his contacts and knowledge of the area would be invaluable to the construction to be done over the coming years.