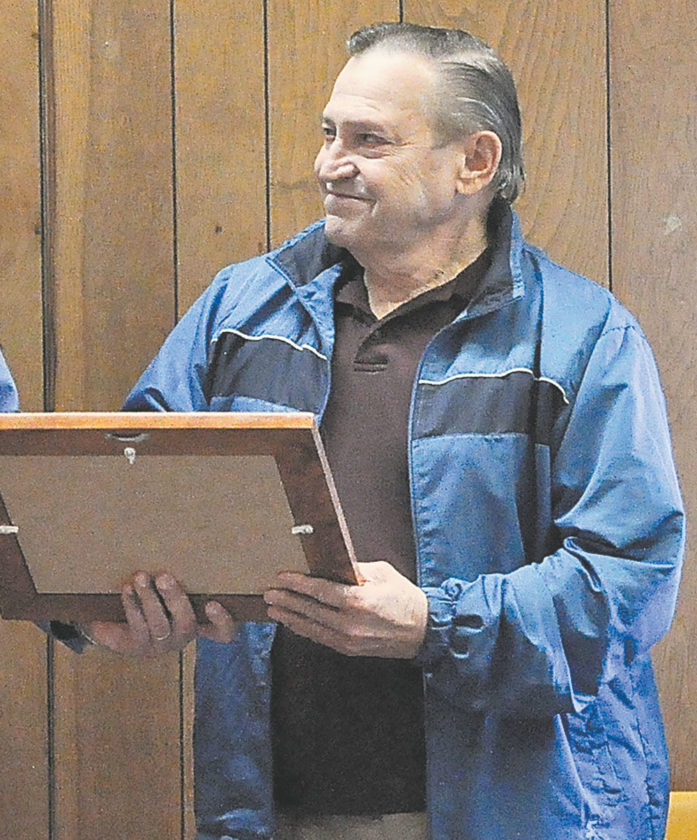 RAY BROOK — The state Adirondack Park Agency board will hold its regular monthly meeting next Thursday and will honor a longtime critic of the agency in its annual tree planting ceremony.

At 12:15 p.m., the APA’s annual tree planting ceremony will take place in honor of former Newcomb town Supervisor George Canon, who died at age 78 in 2017. Canon led several groups that countered the APA by advocating for residents’ rights, and was head of the Local Government Review Board, the Adirondack Associations of Towns and Villages, was a founding board member of Adirondack Architectural Heritage and was president of the statewide New York Association of Towns.

There have been more than a dozen tree planting honorees, including Barbara McMartin, Clarence Petty and Anne LaBastille.

The board will meet at the APA headquarters on state Route 86 in Ray Brook.

At 2:45 p.m., the State Land Committee will convene to vote on authorizing a public comment period for the state Department of Environmental Conservation’s Primitive Tent Site Guidance proposal. A primitive site offers only a suitable area for camping and a fire ring, and many have an outhouse nearby. They are typically only accessible via hiking or paddling.

The guidance would apply to primitive tent sites on Adirondack Forest Preserve land classified as wilderness, primitive and canoe. The locations of individual campsites are outlined in individual unit management plans, but the guidance provides general characteristics primitive sites should conform to.

“To discourage the public from camping in unsuitable locations that have the potential to negatively impact the environment or the enjoyment of other users, the Department promulgated regulations to limit at-large camping,” the guidance says. “6 NYCRR 190.3 (b) prohibits at large camping within 150 feet of any road, trail, spring, stream, pond or other body of water except at camping sites designated by the Department. At-large sites that are causing adverse impacts may be closed by the Department through brushing and posting closed.

“Primitive tent sites shall be out of sight and sound and generally 1/4 mile from any other primitive tent site or lean-to. Where severe constraints prevent attainment of the guideline for separation of generally 1/4 mile lesser separation may be considered through the UMP process on site by site basis. Primitive tent sites should be located away from known populations of invasive species to help minimize their spread. Sustainable conditions include sufficient space and suitable soils to accommodate a pit privy located at least 150 (feet) from the Mean High-Water Mark of any lake, pond, river, or stream or wetland. New or relocated primitive tent sites located adjacent to water bodies will incorporate screening to protect the wild character of the shoreline.”

The guidance also says no site should be more than 1,200 square feet in size or accommodate more than three tents.

There is also information on roadside campsites, which are accessible by vehicle. According to the guidance, roadside sites should be at least 100 feet from the parking area and parking areas cannot be used for camping except during the big-game hunting season under a permit from the DEC.

The APA board will convene at 9 a.m. Thursday, and the Regulatory Programs Committee will start at 9:30 with a vote on a subdivision in Mayfield. The committee will then vote on approving a public comment period for a general permit on replacing utility poles.

After lunch, the Park Ecology Committee will hear a presentation from the Wild Center’s Jen Kretser on youth involvement in climate change action.

The full agency will convene at 4 p.m. for final votes.

The APA board is down numerous members and without a chairperson. Former acting chair Karen Feldman quit in May over a pay dispute, and two other spots on the 11-person board are also vacant. Three board members are designees of state agencies, while the other eight are appointed by the governor and approved by the state Senate.

Commissioners are appointed to four-year terms but can stay on after their terms expire if the governor has not appointed anyone else. Art Lussi, John Ernst and William Thomas are serving expired terms while Chad Dawson and Daniel Wilt are serving their current terms — although Wilt’s is set to expire at the end of June. That will leave seven of the eight board positions up for appointment.

New appointments for the APA board are expected to reach the Senate this summer, although the 2019 legislative session ends June 19.