Whitewater feature would be built to last 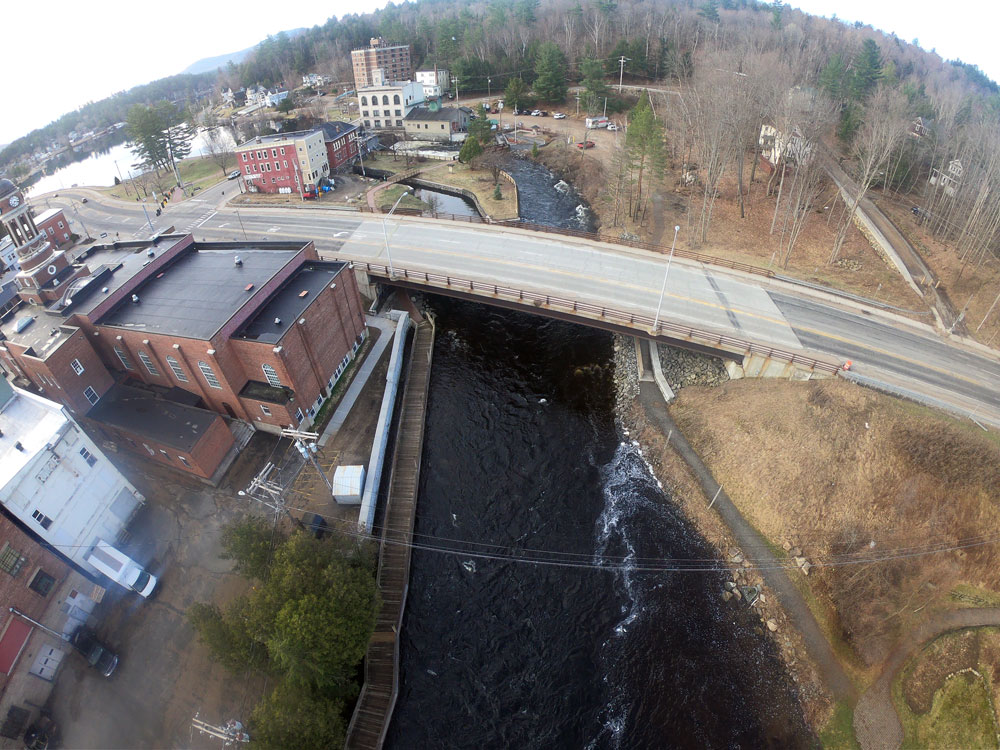 SARANAC LAKE — A whitewater feature under a downtown bridge could draw paddlers from around the region if the state funds for a Downtown Revitalization Project sponsored by AdkAction is funded.

“It’s a big project and the price tag is around $400,000,” said AdkAction Chairman Tom Boothe, “which is why we needed something like the DRI to help us get here.”

In March, a local committee made up of municipal government officials, local business and community stakeholders approved a slate of 19 projects, representing $14.5 million in DRI funding. Of those projects, the state will select $9.7 million to fund in an economic development initiative started by the Gov. Andrew Cuomo’s administration for downtowns across the state.

“It seemed like the perfect opportunity to get this project off the ground,” said AdkAction Executive Director Brittany Christenson. 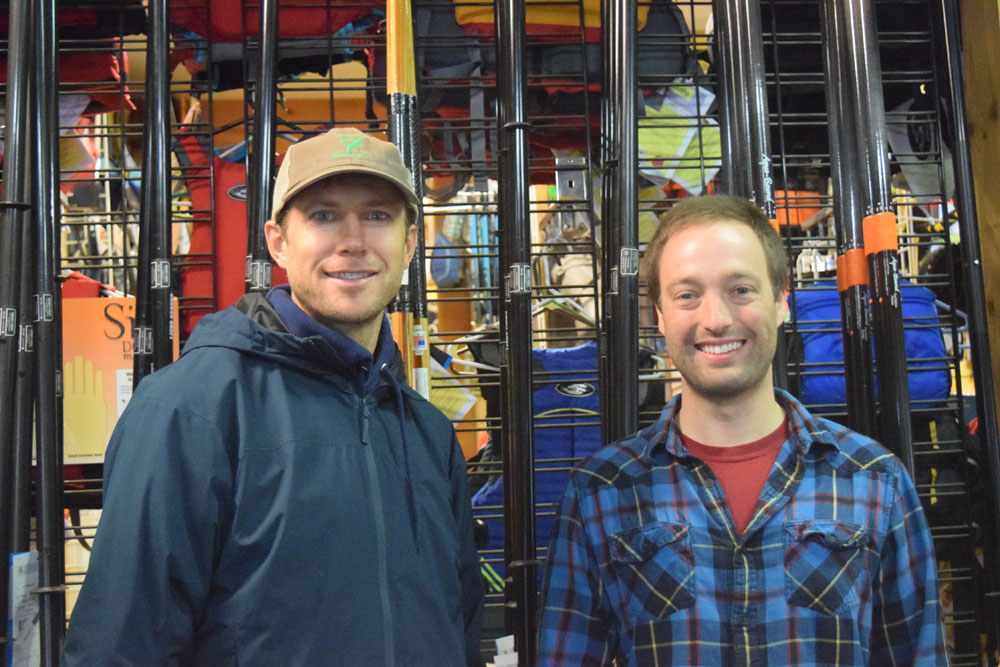 While alterations to the riverbank are included in the project’s scope, the main thrust of the project would be the creation of a whitewater feature under the Mayor Frank Ratigan Memorial Bridge, where state Route 3 crosses the Saranac River downtown. The design, as proposed, would be a “drop” structure that creates a hydraulic — changing depending on the flow level of the river.

The feature would be something like a weir. Water would flow over a drop structure, typically made from boulders grouted with hydraulic concrete, into a bowl-like depression. This would create a wave that paddlers could ride over, and could play around inside the bowl.

At lower flows, the project would create a small wave appropriate for beginner and intermediate freestyle boating. Increased river flow would increase the size of the wave — at medium to high flows, the feature would offer a place for freestyle paddlers and surfers to practice more difficult tricks and maneuvers.

This iteration of the a whitewater park began in 2016, with then-AdkAction board member Scott McKim reaching out to Tyler Merriam, a local paddler well connected in the scene, to start drafting an informal proposal. Since then, the group has secured more than 100 local letters of support and the support of the village Board of Trustees.

This proposed site has been altered for a whitewater park before, in 1995. Most of that involved boulder rolling, or manual relocation of the rocks in the river to create features — but most of these weren’t secured and have been washed away by flooding. 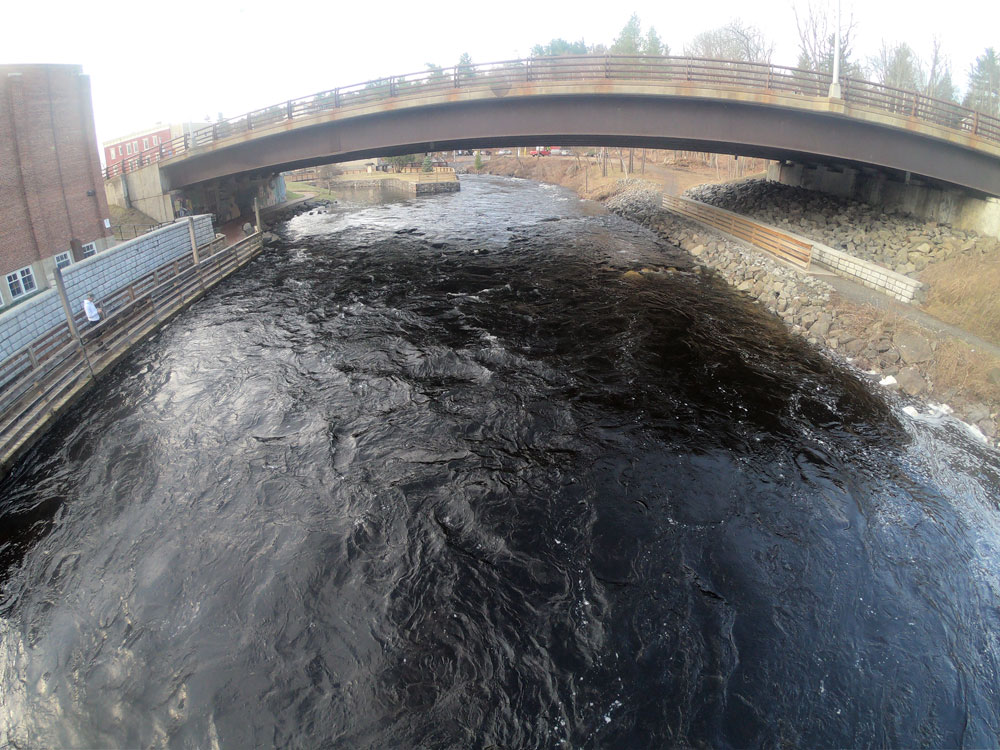 Longevity and continued maintenance have been at the forefront of the group’s design concerns, Merriam said, which is why they contracted Scott Shipley, a whitewater designer and engineer, to put together a feasibility study for the project. He collected 10 years of river flow data to build a conceptual design of the project.

The group has worked to make sure that the project won’t impact other users of the river. According to Shipley’s feasibility study, the alterations to the riverbed and feature would provide additional habitat for fish. Additionally, any fish longer than 2.76 inches would be able to swim up the feature to spawn.

The other potential issue would be its impact on the power output of the village hydroelectric dam that impounds Lake Flower just upstream. Merriam said that according to the conceptual design, the feature would either maintain, or improve the efficiency of the generator by increasing the distance that the water drops from either side of the dam.

Another element of the project is to install a gauging station close to the feature that would provide a data source for paddlers and environmentalists interested in water quality alike.

“Not only can paddlers check the current level of the river, but it will have real-time water quality parameters: conductivity, pH, temperature, phosphorus,” McKim said.

Merriam said throughout the project, the group has been focusing on three pillars: recreation opportunities, economic benefits and education.

“I think kind of the real benefit here is it’s going to act as a magnet to draw people downtown, and I think it really leverages the town brand,” McKim said. How so? “With the paddling — every other car in town having a canoe or kayak on top,” McKim said.

It could also stimulate more use out of an underutilized area of downtown.

“I really think its going to transform the River Walk area,” Christenson said.

While there are paddling opportunities in and around the village, you’ve got to go a few miles for whitewater, Boothe said.

“This is going to be something right in the middle of town,” Boothe said. “You can float your boat over, and if you have half an hour to play in the water, you can play.”

And the feature won’t be just for paddlers, Merriam said. People looking to mess around with tubes could utilize the park, too.

The group has designed the project to be a regional attraction, and has high hopes that it will draw tourist dollars.

“A lot of people travel for these features and these whitewater parks,” Christenson said.

Now with a whitewater feature right next door, all of these groups would be able to expand their offerings. According to the feasibility study, the flow adjustments will create areas near the feature ideal for beginner training.

“We knew that we could facilitate this process, but we couldn’t fund it,” Boothe said. “So, what we did is pay for this feasibility study and this conceptual design, which was about $13,000, so it’s not small potatoes.”

The DRI awards are reimbursement based — which means that the nonprofit sponsor will have to raise money to cover the interest on any bridge loans they take, should the project be funded.

Permitting will also be a bear. Because it would alter the river and river bed — state land — the project would require permits and approvals from the village, the state Department of Environmental Conservation, state Adirondack Park Agency and U.S. Army Corps. of Engineers.

According to the feasibility study, design and permitting for this kind of project usually takes 1.5 to two years, but can be sped up. Additionally, construction is estimated to take around 10 to 12 months.

Maintenance to the project would occur within the first year, to tune the feature to the water flow, and then every four to 10 years after that, as well as after any large flooding which could deposit sediment or other obstructions. The study suggests saving 1% of the project cost for ongoing maintenance and around $30,000 for the first year tuning the feature.