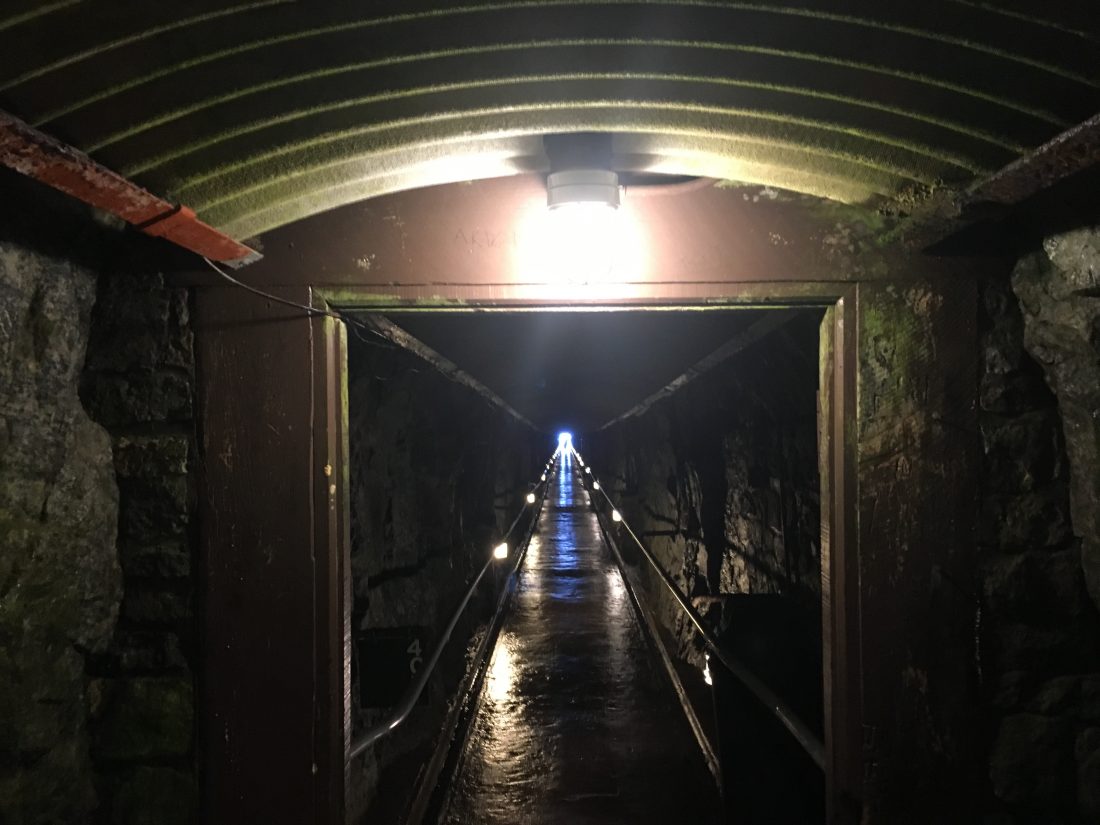 This tunnel at the top of the Whiteface Veterans’ Memorial Highway leads to an elevator, which reopened in May after being closed for reconstruction since 2017 — to the mountain’s summit. (Enterprise photo — Antonio Olivero)

WILMINGTON — An elevator that has taken visitors to the top of Whiteface Mountain for more than 80 years will reopen Saturday after being closed for reconstruction since 2017.

The elevator, which cost roughly $5 million to rehabilitate, is located at the top of the Whiteface Veterans Memorial Highway toll road. It has been completely modernized. The lift, first constructed in the mid-1930s, now features glass panels, which allows riders to eye the mountain’s granite as it brings them to the summit.

It will be open at 8:45 a.m. Saturday and stay open through Memorial Day. The elevator will be closed again from Tuesday, May 28 to Friday, May 31 before reopening for the summer season on June 1.

Construction on the elevator has been ongoing for a year-and-a-half, according to Michael Pratt, CEO of the state Olympic Regional Development Authority, which manages the elevator and toll road along with other winter sports venues. The elevator is now in compliance with the Americans with Disabilities Act.

“It’s an incredible piece of engineering,” Pratt said at a meeting of the ORDA Board of Directors Wednesday.

During the construction process, the contractor faced a variety of setbacks, according to Pratt: Asbestos was found on site, and they found that lead paint had been used at the facility, which needed to be removed.

To experience the full 360-degree view atop Whiteface, one can either take this elevator or hike up the mountain after reaching the top of the toll road, where there is a gift shop and cafe for visitors.

The highway is a popular summertime attraction. More than 78,000 people visited the facility each season prior to the elevator closing, ORDA Communications Manager Jon Lundin has said.