Downtown Lake Placid project expected to continue through May 24 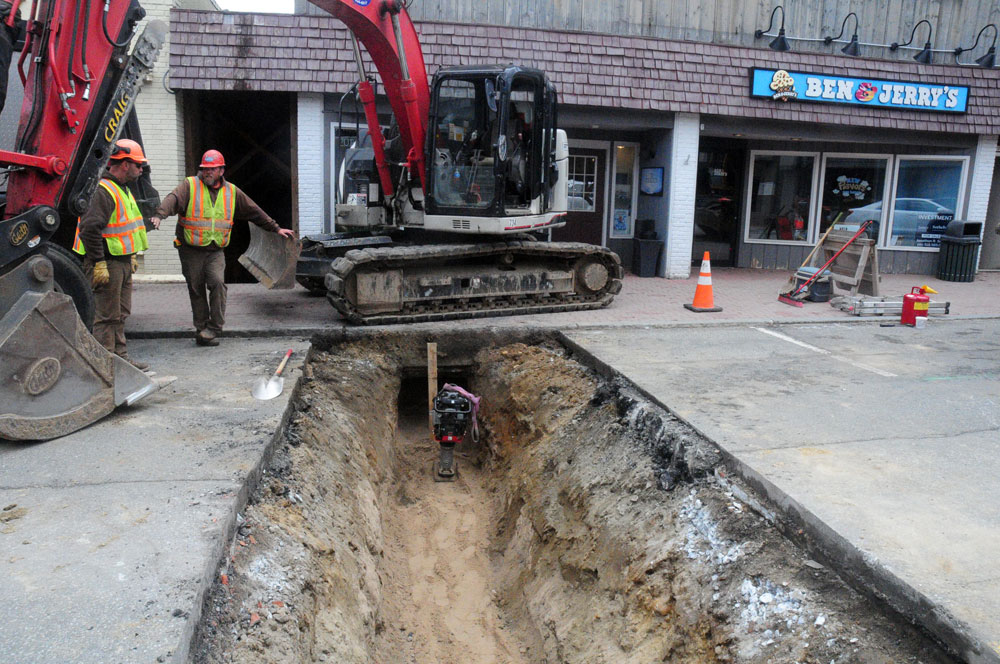 A new water line is being installed at 2423 Main St. in Lake Placid. A portion of one side of the street is blocked off and traffic is being directed by a construction crew on site. Work at the property started Monday and is slated to continue until Friday, May 24. (Enterprise photo — Elizabeth Izzo)

LAKE PLACID — Part of one lane of Main Street downtown was closed to traffic Wednesday as a construction crew prepared to install a new water line.

The water line is being installed at 2423 Main St., outside of Pure Placid and Ben & Jerry’s. Work on the project began Monday and is expected to continue through Friday, May 24, according to Kyle Coss, project manager for Fuller Excavating, a Keeseville-based contractor overseeing the installation.

Traffic was reduced to one lane Monday with construction workers on hand to direct traffic. By Wednesday, a section of the roadway had been carved away, and workers were on site packing down sand in a rectangular, roughly 10-foot-long hole.

According to Coss, the roadway may continue to be one lane “periodically, as needed” until the project is completed.

“We will need to make the final connections and repair the roadway,” he said.

The owner of the property, listed in tax records as Jeffery Bloch, is installing a fire protection service in the building.

Village Department of Public Works Superintendent Brad Hathaway said the village was contracted to make the water tap, or the physical connection to the water main, but has no further involvement in the project.

Coss said there will be no interruption to water service at surrounding buildings as a result of the construction.