A roundup of what’s on local ballots 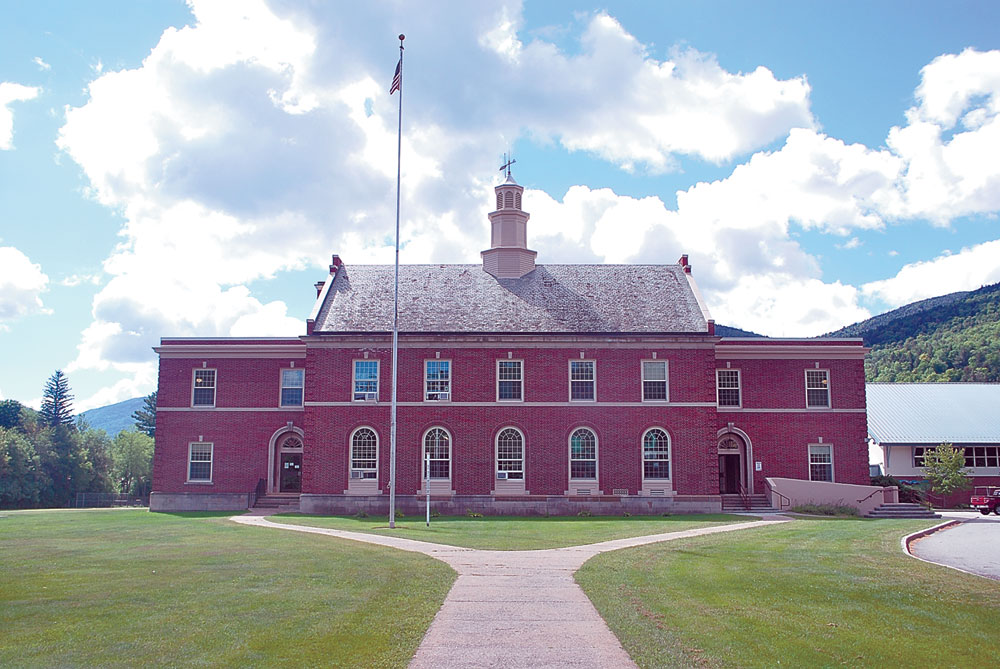 Keene Central School District plans to exceed its tax cap, which would have required it to reduce its tax levy from this past year. It will need 60% percent of voters to approve its budget that would increase the tax levy by 1.62%. The district is also asking voters to approve a capital project. (Enterprise photo — Antonio Olivero)

Voters around the region head to the polls today to weigh in on their school districts’ proposed 2019-20 budgets.

The AuSable Valley, Lake Placid, Long Lake, Saranac Lake and Tupper Lake central school districts have each proposed budgets that either meet or fall below the tax cap set by the state.

Keene Central is the lone district in the Enterprise coverage area this year to propose a budget that would breach that cap. That’s in part because though most school districts had a cap of roughly 2%, the tax cap set for Keene Central this year is minus 4.28%. The district is proposing a 1.62% levy increase, which will require a supermajority vote, or 60%, to pass.

All residents within these six school districts will likely see a small tax increase as a result of their district’s budget proposal. Final tax rates are liable to change by the fall, after tax rolls are finalized.

Most districts also have annual ballot questions to buy buses and elect new school board members.

The Keene Central School District has proposed a $6,381,471 spending plan for the 2019-20 fiscal year. That represents a spending increase of 1.62% over the current year.

Despite the negative 4.28% tax cap set for the district, Keene has proposed a tax levy of $5,214,773, a 1.62% increase over the current year. If approved, residents would not receive School Tax Relief checks, a rebate given to people whose district stayed under the cap.

There are two spots open on the Board of Education. Molly Jacobson and Jennifer Kazmierczak are running, both newcomers. They would fill spots currently held by Ann Whitney and John Haverlick.

Voters will also weigh in on a proposed $7,859,566 capital project, which would include a new classroom for STEAM (science, technology, engineering, arts and math) courses, an addition to the fitness classroom and main offices, renovations to the media classroom and auditorium. It would also include improvements to the school’s roof, masonry, infrastructure and information technologies. The athletic fields would be reconstructed, sanitary and drainage systems would be improved, and an underground propane storage tank would be installed.

Polls are open from noon to 8 p.m. today at the Keene Central School Commons Area.

A $33.5 million budget has been proposed by the Saranac Lake Central School District, an increase in spending of roughly $1,750,000.

The district has proposed a tax levy increase of 5.58%, which is at the state tax cap. It is higher than normal this year largely because it was negative last year, due to an advance of state aid to abate vermiculite found at the Petrova school.

There are two Board of Education seats and two annual propositions on the ballot this year.

Board member Jeremy Evans is running for re-election. Board member Clyde Baker is not. Because there are two seats open and only one person running, there will be space on the ballot for write-ins.

Polls will be open in the district offices at the high school from 7 a.m. to 8 p.m.

Voters will be asked to let the district borrow money to buy two new buses, as it does every year — and new this year, a Zamboni for the Tupper Lake Civic Center, which the school district owns.

Also on the ballot is a single opening on the school board. Incumbent Dave Dewyea is running for re-election.

Polls will be open in the middle-high school library from noon to 8 p.m.

The Lake Placid Central School District has proposed a 2019-20 budget of $19.2 million.

Apart from the budget and school bus propositions on the ballot this year, voters are asked to authorize an increase in the annual contribution to the Wilmington E.M. Cooper Memorial Public Library from $13,500 to $14,250. Wood said this is due to an increase in expenses at the library.

Two seats carrying three-year terms on the school board are up for election. The incumbents, Richard Preston and Bryan Liam Kennelly, are the only candidates running to fill those seats.

Polls are open from 2 to 9 p.m. at the elementary school cafeteria and the Wilmington Community Center.

A $33,860,944 budget has been proposed for the AuSable Valley Central School District, a spending increase of 2.37% over the current year.

Three seats are up for re-election on the Board of Education, each for a three-year term. Candidates Scott R. Bombard, Susan J. Richards and David B. Whitford, all incumbents, are running unopposed.

Polls in the middle-high school cafeteria in Clintonville will be open from noon to 9 p.m.

The Long Lake Central School District has proposed a budget of $4.18 million, a spending increase of $117,768 over the current year.

Voters will also weigh in on a school board election featuring two newcomers, Joan Paula and Jodi Luxford, as well as a proposed $3.5 million capital project.

Polls will be open in the school cafeteria from 2 to 8 p.m.