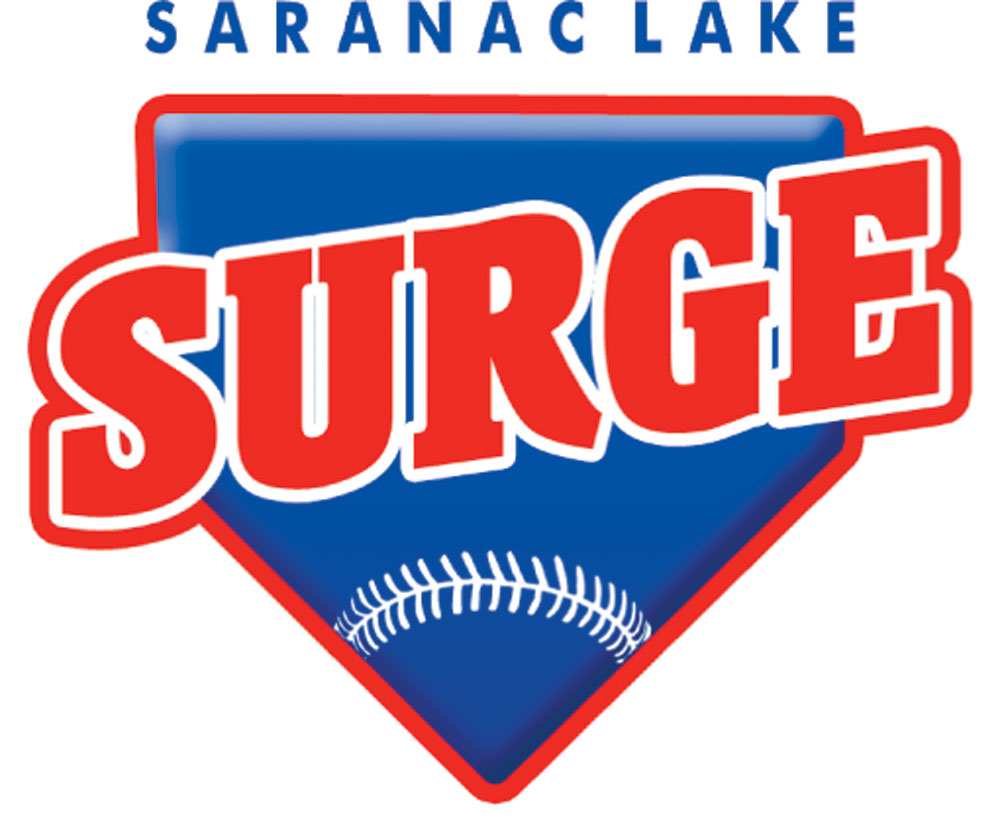 SARANAC LAKE — It’s not the big leagues, but professional baseball is coming to Saranac Lake this summer.

The Saranac Lake Surge, one of six teams in the Empire Professional Baseball League, is expected to have approximately 25 home games on tap when it begins its schedule toward the end of June. The Surge’s home diamond will be the same field at Petrova Avenue where the high school team plays its games.

“It’s professional baseball, but it’s not what like people might think when they hear about professional baseball,” Gonzalez said. “There aren’t the million-dollar contracts, there aren’t the multi-million-dollar stadiums. Those luxuries don’t exist. It’s essentially rookie league ball. We find the players housing, transportation, things like that, and at the end of the month, they might end up with a couple hundred bucks.”

Gonzalez described the EPBL, which was founded in 2016, as a developmental league with most players ranging in age from 21 to 25. The main goal, he said, is to expose players to what the professional game is like, teach them how to compete at that level, and then advance them to higher-level minor league teams, and someday, maybe even the big leagues.

“These are young kids looking to follow their dreams,” Gonzalez said. “They may be that secret hidden talent, that overlooked talent who graduated from college, weren’t drafted and don’t have a place to play. This league provides a niche that didn’t exist. The purpose of the Empire League is simply providing a place to play for these guys.”

A season ago, the Surge played in Old Orchard Beach, Maine, and Gonzalez said although it was a great venue, the location was just too far away when it came for other teams’ travel. Oddly enough, two of the six teams in the league are in Puerto Rico, so opponents will be jetting there and staying for about two weeks worth of games.

The two Puerto Rican teams are the Puerto Rico Islanders and the Road City Explorers. The rest of the league is comprised of the New Hampshire Wild, the New York Bucks and the Plattsburgh Thunderbirds, who were known as the Red Birds a season ago. The New Hampshire Wild call that state’s capitol, Concord, their home, and the Thunderbirds’ home diamond is Chip Cummings Field at SUNY Plattsburgh.

Gonzalez said the New York Bucks are still looking for a home site and added that Canton and Sullivan County are the front runners, and that Peru, New York is also in the mix as another option.

Saranac Lake Mayor Clyde Rabideau said that the timing couldn’t have been better in bringing the Surge to this small Adirondack village.

“Last year I brought my grandkids to Plattsburgh to watch the Red Birds and asked if we could get them to play a game in Saranac Lake so we could get a taste of baseball,” Rabideau said. “We were thinking an exhibition game, a clinic for kids. As it turned out, they were looking for a place to play for their traveling team, they looked around Saranac Lake, and voila, we have a pro team.”

Gonzalez visited Saranac Lake earlier this year to work out details and joked that at the time there was some snow remaining on the Petrova field.

“We were looking for a collegiate-type field, Clyde said we have this high school field, I saw it, and it was perfect,” Gonzalez said. “This will work. I’ve always been fascinated with small towns, and bringing baseball to smaller cities and towns.

“We’re just providing a platform for the guys,” Gonzalez continued. “They don’t care if they are playing in a parking lot. All they care about is playing baseball and putting up numbers. They look to us to make sure we can provide them with a place to play.”

Gonzalez said the EPBL holds three training camps each year: one on the West Coast, one in Puerto Rico and another in Delaware, which is the main national camp where the players are ultimately chosen and assigned to teams. That camp starts on June 2 and ends with a draft. Each team will dress 23 players for games and have 25 active players on the roster. Schedules have yet to be finalized, but Gonzalez said games should start around June 19.

Members of the Saranac Lake Surge will live in dorms at Paul Smith’s College during their short season, which lasts for less than two months.

Gonzalez said that not only will players be visible on the diamond, they will be out in the community.

“The players, they are going to be a part of the community, just like they always have been,” he said. “We have these guys doing clinics, visiting hospitals, things like that. We rely on local support, and for us, it’s all about giving back. I’m sure the guys are going to be happy in Saranac Lake. It’s all about engagement.”

The Surge will be managed by Ken Matsuzaka, who started playing in the EPBL and coached Old Orchard Beach last season. Matsuzaka is currently in his hometown of Yokohama City, Japan, and communicated with the Enterprise in an email on Friday.

“This season Eddie Gonzalez gives me a opportunity to be a manager,” Matsuzaka said, adding it will be an honor to be a part of the Saranac Lake community. “I have never been to Saranac Lake, so very exciting to go there. Can’t wait until then.”

In following the league objective, Matsuzaka said his goal is to teach the pro game and move his players up to higher levels. He also added winning a championship to the list of his goals with the Surge.

“I am expecting that players learn how to be professional, how to get better, professional mindsets, then move players up as many as can,” Matsuzaka said. “So my goals are the ‘Champion’s ring’ and players get moved up to minor leagues, and higher levels independent leagues.

“I am really looking forward to be in the fresh air because I’m from Yokohama City, Japan,” the new Surge manager added. “I would like to feel nature and enjoy.”

Gonzalez said most of the players compete in the EPBL for one or two years, and almost half of them advance to baseball’s higher levels. Gonzalez said the league usually has two or three players sign contracts each season with Major League Baseball organizations.

“In a nutshell, we’re not the big leagues. We have a mission and a goal of getting these guys out of here and, at the same time, bring baseball to towns like Saranac Lake,” Gonzalez said.