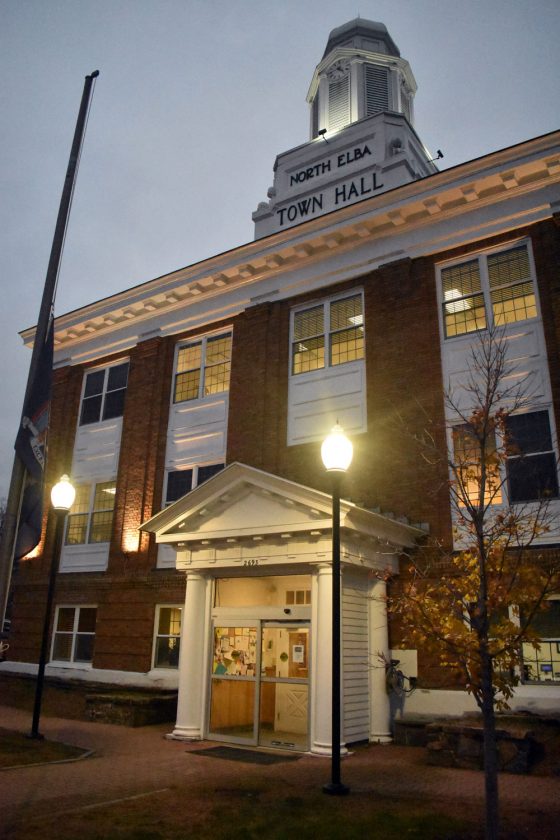 The county Board of Supervisors authorized the move via a lease agreement on Monday.

According to Terri Morse, director of the county Mental Health department, the move was necessitated by Adirondack Health’s move from the old Adirondack Medical Center to the Lake Placid Health and Medical Fitness Center.

Adirondack Health has begun moving its operations to the new building piecemeal, beginning with its medical fitness center, emergency department, lab and medical imaging services in January. Lake Placid Sports Medicine also relocated to the new building shortly afterward. The second floor of the facility has yet to be completely filled.

“They no longer had space for us,” Morse said. “North Elba offered us space in their building.

“I think to be able to continue services in Lake Placid is very vital to the ability to outreach people who need services beyond just our main location.”

“We’re very happy they landed at the town hall,” he said.

North Elba Town Supervisor Roby Politi said the satellite office will share a space with the county probation office, which operates out of the town hall once a week. The office is expected to relocate around May 20.

“They’re going to be occupying it for the next year. There’s no rent,” he said. “It’s a service to the public.”

With the new venue, Morse anticipates a small savings to the department in part due to the lack of rent. She said the savings would likely be “negligible,” estimated around $2,000 annually.

Apart from the new location, operations at the office will not change, according to Morse.

Two mental health clinicians will be on site two days a week, Monday and Thursday, from 8 a.m. to 4 p.m. One provides counseling to adults, and the other works with children and families.

All patients need to be referred to the North Elba clinic through the main office in Elizabethtown. Counselors typically see roughly seven people per day. Walk-in appointments aren’t accepted.