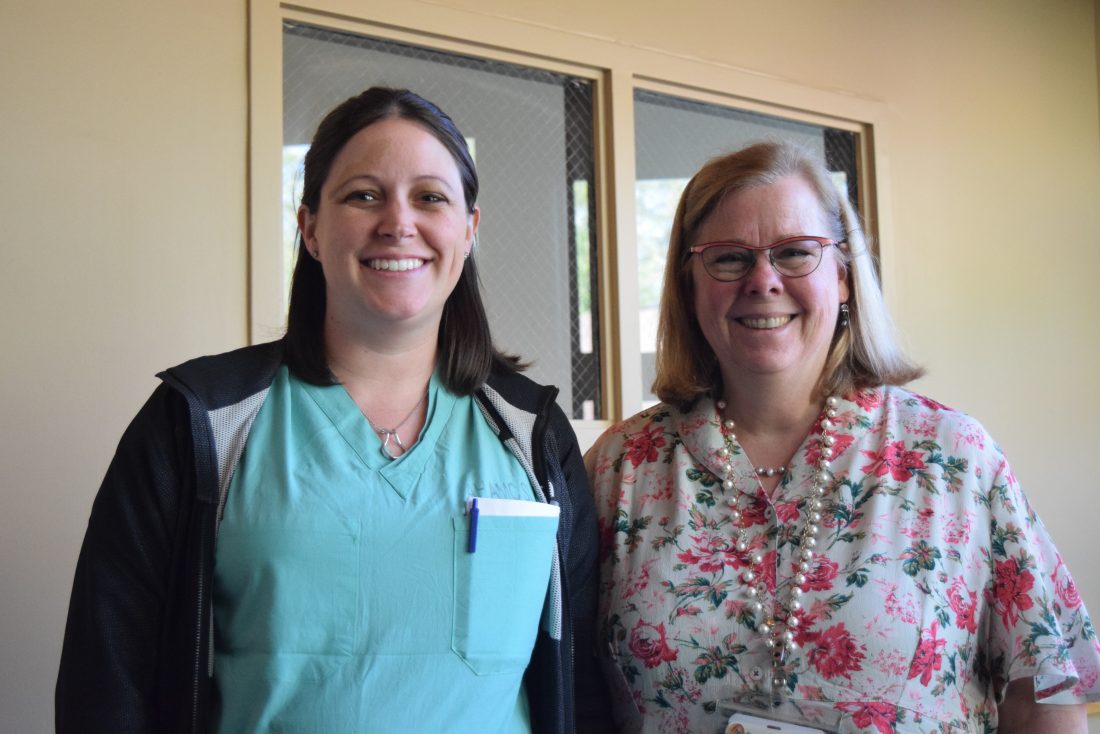 SARANAC LAKE — The Adirondack Health Foundation is nearly halfway to its fundraising goal to expand services at the Women’s Health Center with new machines.

The foundation ran a capital campaign through 2018 raising $18 million for the new surgical wing at the Adirondack Medical Center campus in Saranac Lake, as well as the Lake Placid Health and Medical Fitness Center on Old Military Road.

Hannah Hanford, executive director of the foundation, said her board and the hospital’s board got together in late 2018 to discuss what the next step would be for fundraising.

“It was determined that supporting the Women’s Health Program would become a really important next step,” Hanford said. “We committed to raising money for the 3D mammography unit, the breast MRI package, a specimen imager, and an ultrasound machine, and all told, that’s about $750,000.”

The foundation still has $450,000 yet to raise, with July fundraising events like the Garden Party Gala and the Adirondack Health Golf Tournament.

“I’m certainly happy to step up and fill that void and bring those services back as a part of what I do as a general surgeon,” Szczech said. She said she also performs other operations like endoscopies, hemorrhoid surgery and hernia surgery.

The hospital acquired the GE Pristina 3D mammography unit in April, and Szczech said staff have already heard back from the community about its benefits. The machine images tissues at a more sophisticated and accurate level than the hospital’s old machine — resulting in fewer tests, return visits and stress for patients.

Additionally, the hospital’s old mammography machine was unable to image dense breast tissue — so some patients needed to travel for mammograms.

“If it comes back as cancer or something that needs more treatment, we can do that here rather than having to send those patients away to Vermont or Albany for care,” Szczech said. “The specific things that we now offer, that we haven’t been able to do over the past few years are interpreting abnormal mammograms, getting patients set up for breast biopsies, or abnormal findings on an ultrasound or a mammogram and then we can follow those up with surgical services.”

Once the hospital acquires the new MRI, the hospital will be able to serve people with genes that may make them predisposed to certain cancers or to develop cancers earlier. Working with Sara Ames, an oncology nurse practitioner at AMC, Szczech said the department has been performing genetic testing on those identified with a family history of breast and other cancers.

Previously patients would need to travel three to five hours to another facility to get tested, Szczech said, then return again to get those tests interpreted. Szczech said those with a family history of certain cancers, like breast cancer, may need to get an MRI annually, in the same way someone might need a mammogram.

“We don’t have the specific part that you need to do an MRI of the breast,” Szczech said. “And every now and then with patients with normal mammograms and ultrasounds, who are still having symptoms — you need an MRI to get even more detail.

“We can work with the gynecologist and the Women’s Health Center to make sure that everything is being done to prevent that cancer and catch it early and treat it early,” Szczech said.

In addition to surgical services, Szczech said a patient with a breast cancer diagnosis may need chemo therapy, physical therapy, or hormone therapy afterwards, along with cosmetic and social concerns.

“Those are the things that we’re trying to fill as a whole center,” Szczech said.

All annual funds that are raised this year that don’t come with a specific donor restriction will be used to help fund these women’s health department services.

To make a donation to the Adirondack Health Foundation, visit www.adirondackhealth.org/adirondack-health-foundation or call 518-897-2370.