Board now has 3 openings and 3 members on expired terms 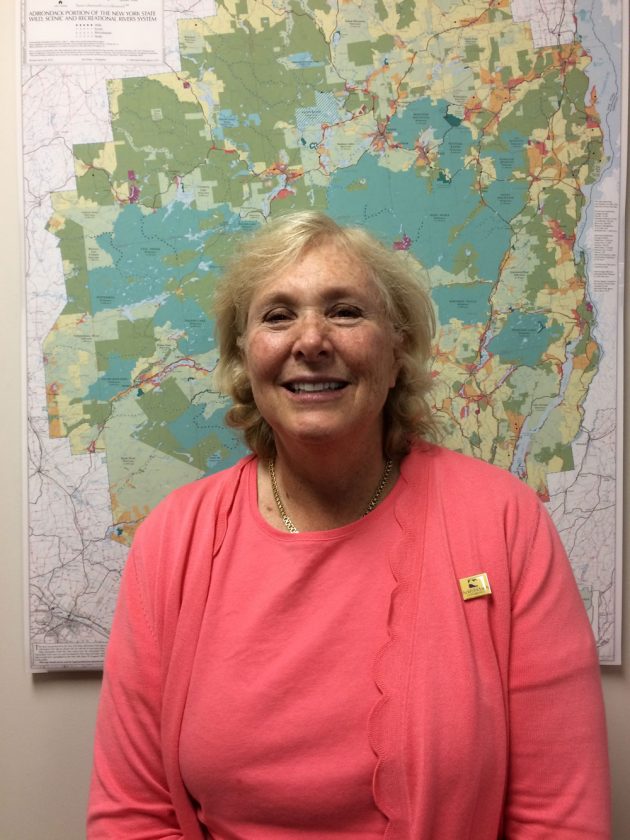 RAY BROOK — The former acting chair of the state Adirondack Park Agency has left the board, leaving more than one-third of the board’s appointed seats open.

Karen Feldman, who served as an APA commissioner since 2013 and acting chair since last July, was not at last week’s regularly scheduled board meeting. APA board member Art Lussi confirmed Tuesday morning that Feldman is no longer with the agency but added that he had no details on when or why Feldman left.

Feldman did not immediately respond to voicemails seeking comment.

Feldman’s departure leaves three openings on the 11-member board, and only two commissioners are currently serving on valid terms. Eight members of the APA board are appointed by the governor and approved by the state Senate, while the other three slots are representatives of the state departments of Environmental Conservation, Economic Development and State.

Commissioners are appointed to four-year terms but can stay on after their terms expire if the governor has not appointed anyone else. Chad Dawson and Daniel Wilt are serving their current terms while Lussi, John Ernst and William Thomas are serving expired terms.

Feldman took over as acting chair after Sherman Craig retired last summer. If she had stayed, she could have been tapped to be the first APA chairperson who resides outside the Adirondack Park.

Lussi, of Lake Placid, filled in as head of the board for last week’s two-day meeting. He said he’d like to continue to serve, but not as chair.

“I have been honored to serve with Karen as our leader, and she has done a phenomenal job working on state land and working with invasives,” Lussi said Tuesday afternoon. “I don’t know what my title was last week — I think it was acting chairman for that meeting — but I did say that I had no interest in continuing to do that.

“I am honored to serve as a commissioner, and I would be glad to continue that if the governor so chooses.”

APA spokesman Keith McKeever said in an email that the agency is in a holding pattern in regard to its leadership.

“A board member will be asked to preside over the June Agency meeting if board appointments are still pending,” McKeever wrote.

Although Feldman was chair for less than a year, environmental groups said now is the time for Gov. Andrew Cuomo to reshape the board’s makeup.

“The Cuomo Administration’s management and stewardship of the APA has been dismal, going from bad to worse,” Protect the Adirondacks Executive Director Peter Bauer wrote in an email. “Governor Cuomo needs to get serious about the management and stewardship of the Adirondack Park and appoint independent scientists, environmental lawyers and experts on natural resource management. Cuomo’s track record at the APA has been to load the Agency with local government officials and political appointees. The proof is in the pudding as the APA Board appears to be falling apart.”

“She (Feldman) has acted with courtesy and professionalism, seeking rational answers to difficult decisions. We wish her well in future endeavors,” Adirondack Council Executive Director Willie Janeway said in a emailed statement. “Karen’s reported resignation means there are six vacant seats among the eight citizen members of the APA board. This is an unprecedented opportunity for Gov. Andrew Cuomo and for the new Senate to appoint and confirm a new slate that includes strong conservationists, with experience in land-use, planning and conservation law.

“The APA’s outdated 1970s-era regulations give its board very broad discretion over the future of the park’s Forest Preserve, communities and undeveloped private lands. We need a new slate of board members who understand that the park is a national treasure and act to protect it.”

The APA board is next set to meet at agency headquarters in Ray Brook on Thursday and Friday, June 13 and 14.