40 years on the force 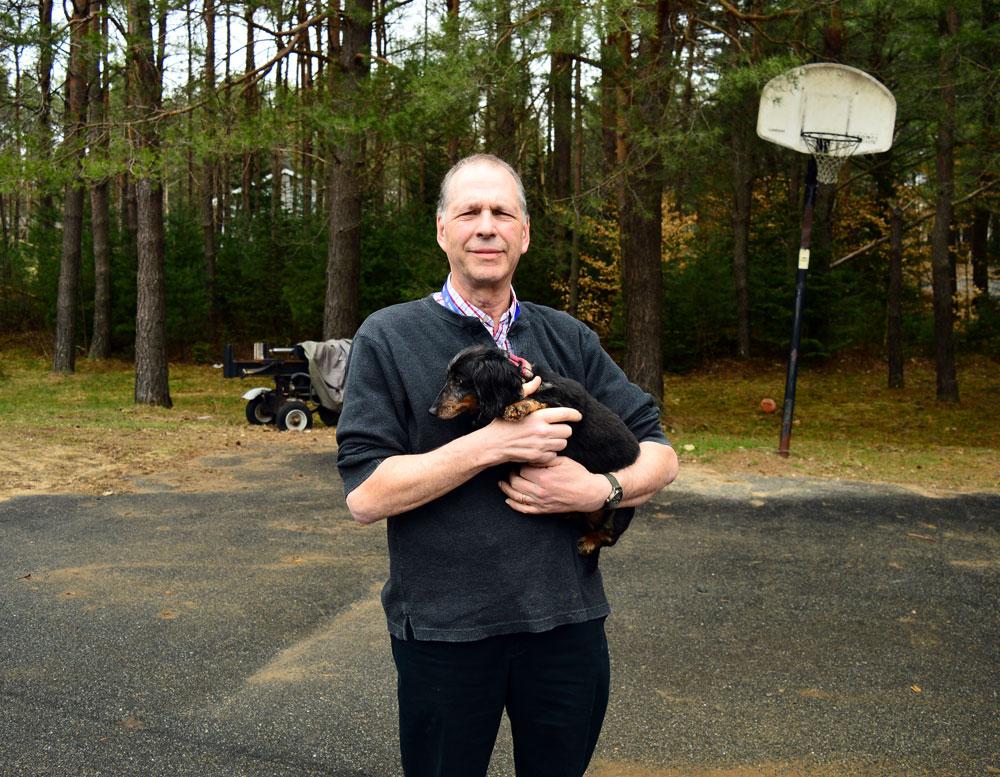 Fee, 62, started the job on Feb. 11, 1979, an easy date for him to remember as his first child was born on that date six years later. He was hired as an extra set of hands (or handcuffs) for the 1980 Olympics in Lake Placid, but he stuck around after that and rose through the ranks, becoming a sergeant in 1993 and chief in 2006.

He retired in 2013 at the same time as his wife, Cheryl, and they left for Florida for two months. But within a week of their return, he was back at work as a part-time officer, helping the short-staffed department.

“A lot of people come up to me, and they say, ‘What are you doing working?'” Fee said. “Sometimes I kind of take offense to it. Now I’ve been telling them, the past few years, ‘because I like it.'”

When Fee works overtime, he does not receive the time-and-a-half pay usually associated with that, Maroun said. Maroun added that Fee works when other officers would have to use their overtime. He estimated that Fee saved the village over $50,000 in overtime pay last year.

After having the responsibility of being chief, Fee said he enjoys the work he does as an officer.

“It’s really nice being an officer because when I was chief … everything was weighing on me,” Fee said. “The public was weighing on me. (Now) I walk out the door, and I don’t think about it until the next time I go to work.”

Even though he enjoys police work, he said some of the worst days of his life have been on the job, responding to murders, suicides and other deaths.

“Probably one of the worst days of my life was when (Sgt.) Matt Dana died,” Fee said.

Fee said he has no idea why he got into law enforcement. His brother was on the village department when he joined, but he had just graduated with a pre-law degree from Clarkson and planned on becoming an attorney.

Fee said over the years he has considered becoming an attorney, an instructor at the state Division of Criminal Justice Services and a conservation officer, but the draw of the Adirondacks kept him from taking those paths.

First, he stayed for family. His first wife wanted to stay in Tupper Lake, and they were raising two kids. Then he grew to love the area.

“I just love the Adirondacks,” Fee said. “We keep on talking about (going) to Florida every spring, and each spring we both come up with excuse.”

Fee was also was the town dog catcher for 15 years and has been a substitute teacher in the school district for many years.

When Fee started as a police officer in 1979 in Tupper Lake, its police department was drastically different, as was police work in general.

They no longer work in the basement below the village office, which he referred to as “the cave”; officers are no longer called “patrolmen”; and they charge drunk drivers with DWIs instead of just driving them home. But Fee said the ways things have changed are more important and crucial than that.

He said carrying Narcan to treat opioid overdoses would never have been considered back then, despite it being used on a regular basis now.

The way domestic violence is handled has evolved, too.

“I can remember going to people’s houses back in the ’70s and early ’80s — and I mean early ’80s — where the senior man, there had actually been a fight in the house,” Fee said. “I’m not saying it was wrong, but it was treated differently. There wasn’t the awareness. What happened was, I can remember one of the sergeants saying, ‘I’m not the referee.’ That’s all changed for the better and evolved over the years.”

Also, the way officers are reprimanded is different.

“When I first started, if you screwed up, you got yelled at. … You got chewed out,” Fee said. “It’s handled now by memos. It can be a verbal thing … but you don’t just get chewed out.

“It’s probably more effective because now if you have someone that’s screwing up, you have a paper trail. Lets face it; police officers are hard to fire … and not everyone’s cut out to be a police officer.”

Fee said that although the department has gotten more progressive under the past three chiefs, it has practiced the progressive method of community policing since the 1930s. This means they extend services to help people who might not necessarily need legal or police assistance.

Fee said the department is the only social service agency in Tupper Lake that is open 24/7.

He is not sure how much longer he’ll work at the department. He thought he would have to leave when he turned 62, but he said officials from Franklin County Civil Service told him he could continue.

“I hope I’m smart enough when the time comes to say … ‘I can’t do this anymore,'” he said.

He said he likes the current crew of officers, some of whom he hired.

“I enjoy working for the chief. I don’t want him to get too much of a swelled head, but he’s probably a better boss than I was,” Fee said. “He just doesn’t get excited. He has an ability to get the job done.”

He said the 40-year service plaque came as a surprise to him.