Tracks will remain idle this summer, without rail bikes or trains 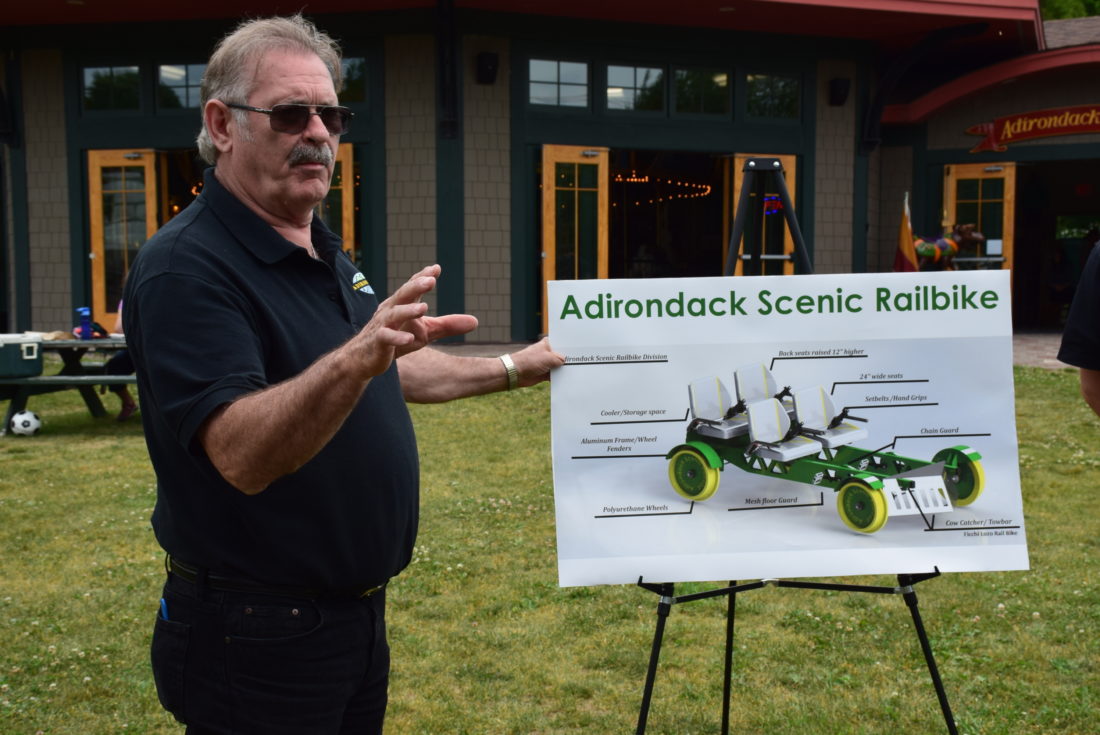 SARANAC LAKE — The Tri-Lakes tracks of the Remsen-Lake Placid Travel Corridor will remain idle this summer.

Last year, the Adirondack Rail Preservation Society, which operated tourist trains between Saranac Lake and Lake Placid under the Adirondack Scenic Railroad name between 2000 and 2016, said it wanted to start a rail bike business out of Saranac Lake. However, state Department of Transportation — which oversees the corridor — now says ARPS will only operate on the southern end of the line, from its base in Utica north to the Old Forge area.

“The Adirondack Railway Preservation Society permit has not changed,” DOT spokeswoman Jennifer Post wrote in an email. “ARPS can continue to run the same service as last year between Remsen and Big Moose.”

The corridor, which currently has train tracks running its length, has been the subject of controversy for years. The DOT and state Department of Environmental Conservation are expected to release a unit management plan this summer calling for the tracks to be removed for the 34 miles between Lake Placid and Tupper Lake, to be replaced with a multi-use trail. The state also plans to upgrade the tracks for 45 miles north of Big Moose, allowing train travel to Tupper Lake.

2019 will be the second time the state has attempted to remove the tracks between Tupper Lake and Lake Placid. In 2016, after DOT and DEC released a plan calling for the multi-use trail, ARPS sued and ultimately prevailed in court. However, the state Adirondack Park Agency, which was a defendant in the lawsuit, has since approved a change to the Adirondack Park State Land Master Plan that redefines a travel corridor and could clear the way for removal of the tracks.

DEC Region 5 Director Bob Stegemann said after the March APA meeting that a new UMP for the corridor should come out sometime this summer, but he did not have a firm date on its release to the public.

Even if such a plan is approved quickly, no construction could take place this summer. The process of public hearings following a UMP’s introduction means it would be at least several months before a decision and, thus, before any work could begin on a trail conversion.