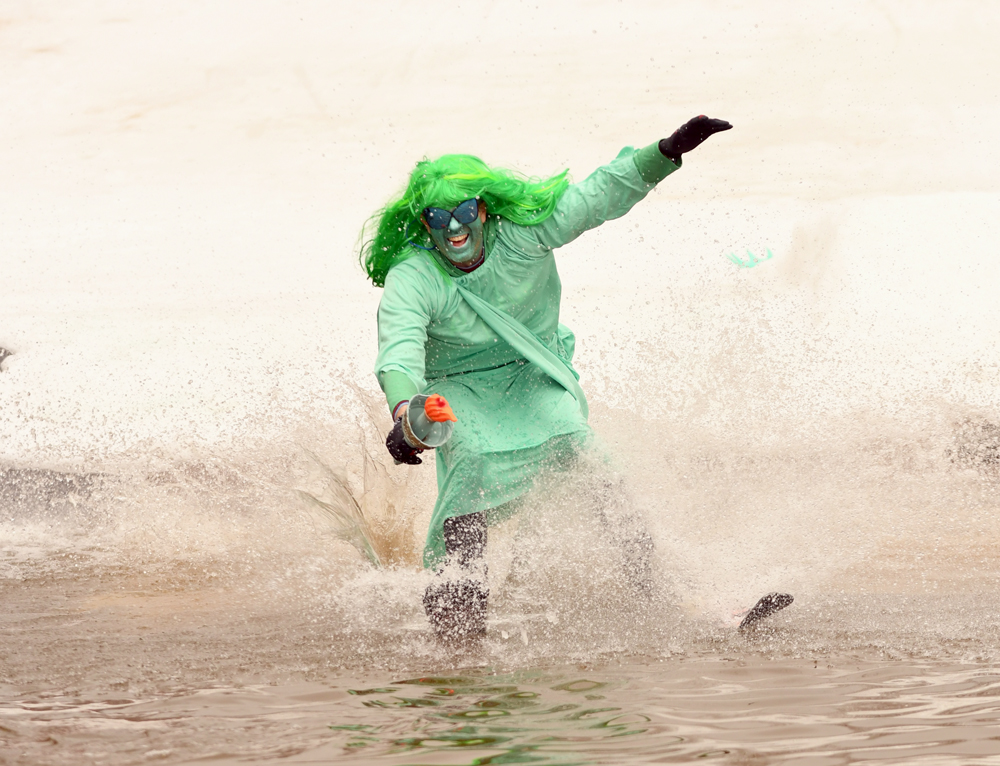 WILMINGTON — The Whiteface Mountain Ski Center hosted its annual International Pond Skimming Contest on Saturday, and despite the lack of sunny blue skies, a field of nearly 100 participants showed up to entertain the large crowd of spectators that gathered at the base of the slopes for the event.

Men, women and youngsters on skis and snowboards decked out in an array of costumes braved the chilly waters as they attempted to skim their way across the man-made pond at the bottom of the Bear trail in front of the smiling, encouraging crowd that lined both sides of the course.

Among the prizes awarded were for best costume, best splash, flips and of course, the longest skims on a day when the in-run was sticky, which accounted for only two competitors making it all the way across the pond.

Tim Horstmyer took top honors for distance, with the 21-year-old skier staying dry while skimming across the entire length of the pond. Steven Ronald won longest distance in the snowboard category. 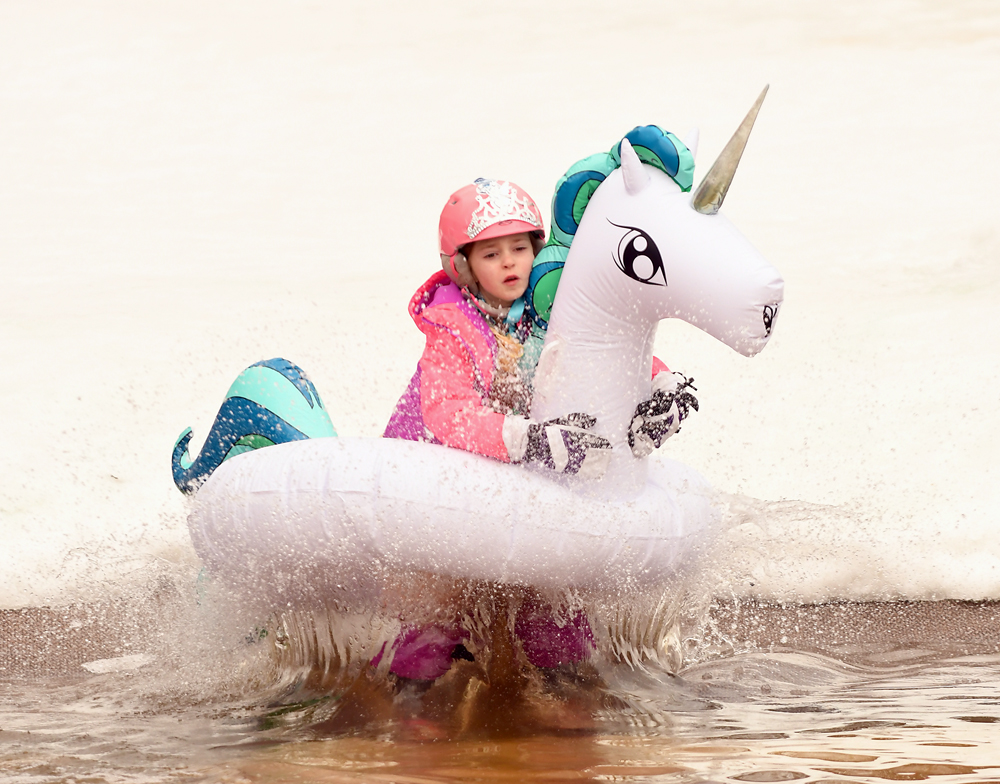 Lura Johnson was the winner in the women’s costume contest. Johnson was dressed as a waitress carrying a tray, which she managed to keep dry. Ann Watts placed second and 12-year-old Elise McCleneghan placed third dressed as Raggedy Ann.

A first-time award went to Trevor Symonds and Mike Hendry, who splashed into the pond together dressed as members of Motley Crue’s road crew.

The Ronald clan of Steven, Levi, Liaina and Sabina Ronald teamed up to win the family award.

Dressed as the statue of Liberty, Tom Jegan walked away from the competition with a a new set of Rossignol skis as the winner of the pond skimming’s best costume award. 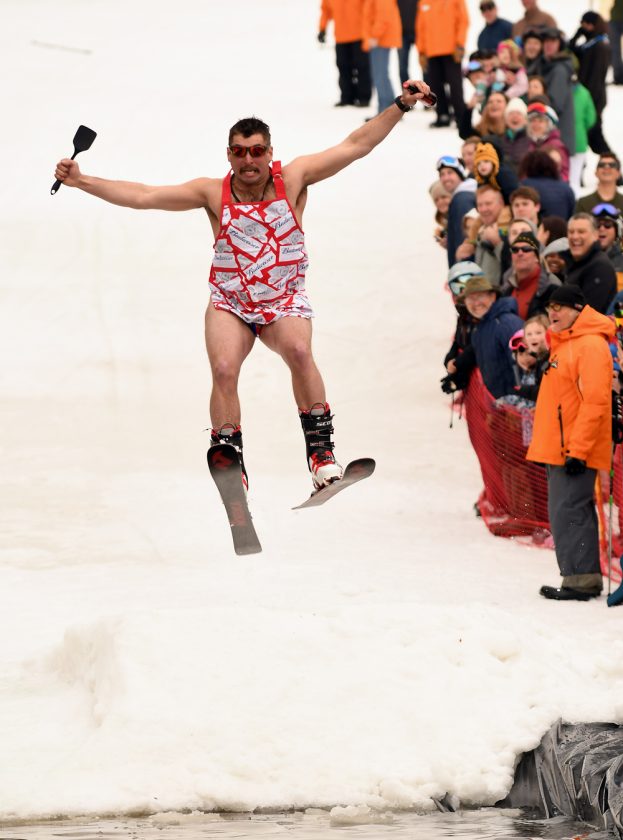 Jon Bigness of Fort Covington delights the crowd as he takes flight before splashing down in the chilly water in Saturday’s pond skimming contest. (Enterprise photo — Lou Reuter) 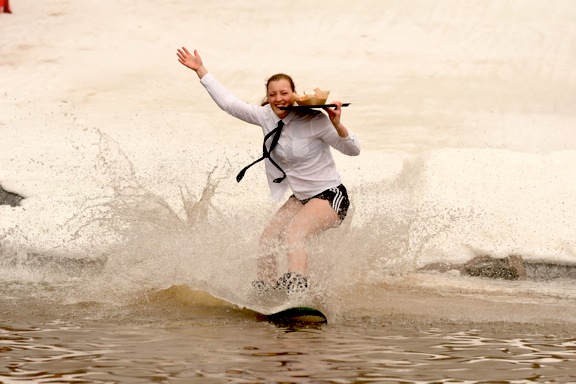