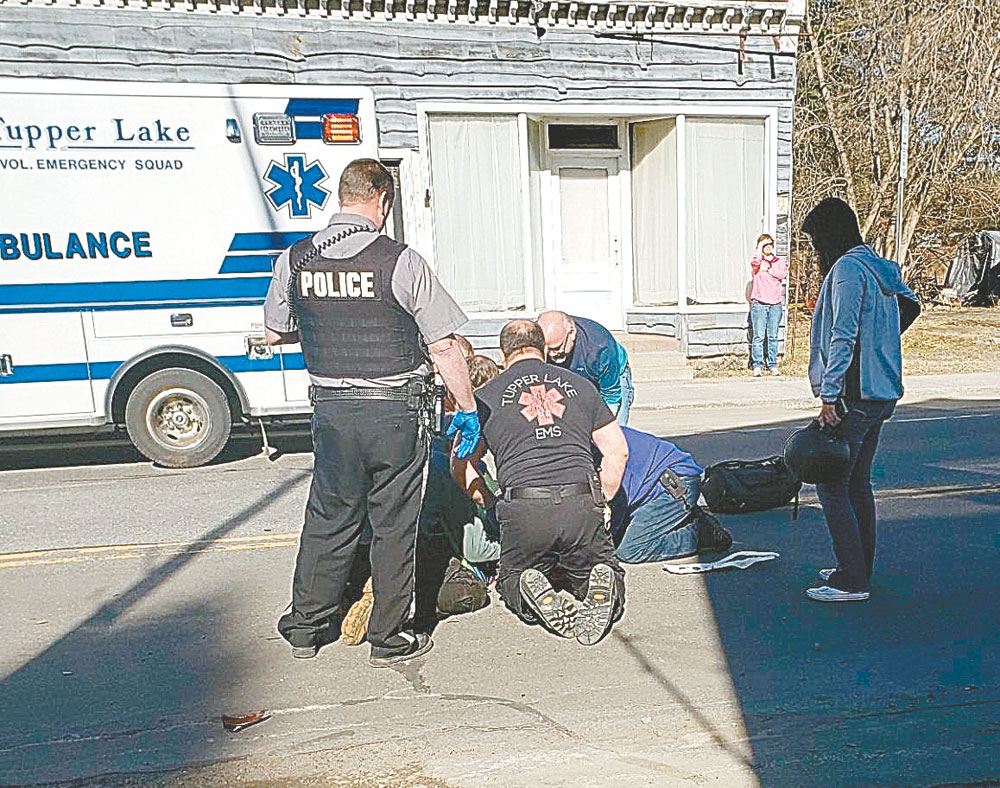 Emergency personnel assist Elliott Day, who was injured while riding his motorcycle on Main Street in downtown Tupper Lake Wednesday afternoon. The motorcycle and a car collided at the corner of Main and Pine streets. (Photo provided)

TUPPER LAKE — A motorcyclist and an occupant of a car were injured as the two collided at the corner of Main and Pine streets around 4:30 p.m. Wednesday.

As of 8:45 p.m. Wednesday, the section of road remained closed from Pine Street to Depot Street as the scene was investigated. Traffic was rerouted behind Larkin’s and up McLaughlin Avenue.

Police have not released the names of those involved, but said the motorcyclist and the passenger of the car were taken to the Adirondack Medical Center by the Tupper Lake Volunteer Ambulance & Rescue Squad.

Dan King, who lives in the building at the corner of Main and Pine streets, and Bob Trudeau, who was at P2’s Irish Pub, were on scene. King said the motorcyclist was traveling on Main Street and the car was leaving Pine Street. As the two collided, he said the car spun 180 degrees.

Trudeau said it sounded like a bomb went off when the crash happened and ran outside. Trudeau is a former member of the rescue squad and King a current member, so the pair said they helped assist those who were injured until emergency personnel arrived, which was within minutes.

No further information was available as of 9 p.m.