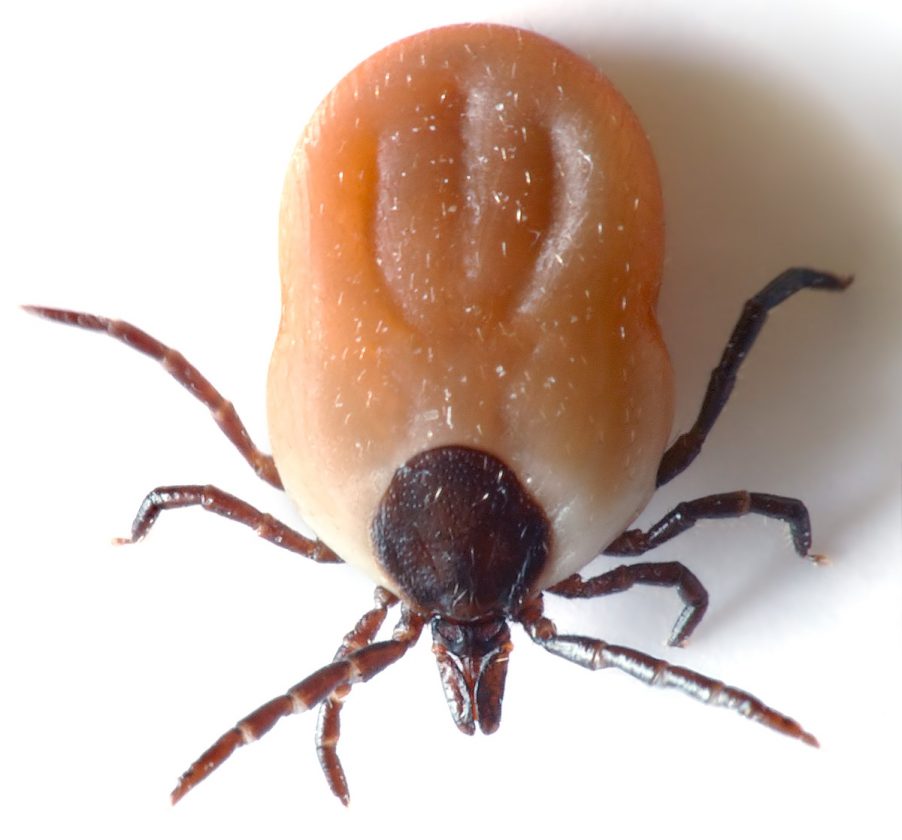 ALBANY — The larval black-legged ticks that spread Lyme disease are about to make their unwelcome presence known across New York, a state that has become a hotspot for the blood-sucking arachnid.

Based on counts made last year of field mice in the Hudson Valley, said Richard Ostfeld, a leading tick researcher in New York, he has a “general expectation for a slightly low to moderate” population of ticks out to bite humans, pets and other mammals in the months ahead.

But even if the tick numbers drop one season, the danger remains great, emphasized the disease ecologist at the Cary Institute of Ecosystems Studies.

Ticks have been making their annual appearances earlier in recent years due to climate change, Ostfeld said in an interview.

“If they get here early enough, they can really catch us unaware,” he said.

The ticks are no longer content to cling to the Hudson Valley, one of the New York regions where Lyme disease was first noted in the 1980s.

“This is not a problem for small pockets of New York anymore,” Ostfeld said. “It’s really all throughout the state.”

According to statistics kept by the State Health Department, the number of Lyme disease cases across the state topped 8,700 in 2017, the most recent year for which the data is available.

That was a 16 percent increase from one year earlier.

Ostfeld said the Cary Institute has found that an abundance of field mice tends to lead to an explosion in the tick population the following year.

The mouse population tends to be influenced by the level of acorn production, suggesting another connection between tick levels and climate.

Research conducted by the Heath Department has found that more than half of the adult ticks examined in New York carry the bacteria linked to Lyme disease, an illness that can be treated with antibiotics but also cause severe symptoms that don’t go away.

The seasons when people are most apt to be enjoying the outdoors — spring, summer and fall — happens to be the time when ticks are most active.

“Climate change is one of the factors that causes Lyme disease to expand in its range,” Ostfeld said. “It’s inducing the ticks and the pathogens to move further to the north, into more inhospitable and harsher climates, into upper elevations, into the mountains in the East, up into Canada, into Pennsylvania, where the climate is a little harsher than it is on the coast.

“Some of the communities out in western New York are seeing Lyme now where they didn’t see any before, and that could become worse.”

The black-legged ticks are also known as deer ticks. They are also capable of spreading the potentially deadly Powassan virus and anaplasmosis.

A Health Department spokesman, Jeffrey Hammond, said New York is now a “national leader in tick surveillance” as well as in research in preventing Lyme and other tick-borne disease.

But some lawmakers, as well as the research community, were disappointed when a state Senate request for $1 million in state funding for studies relating to ticks was cut from the state budget last month.

Researchers at Paul Smith’s College and SUNY Adirondack, as well as at the Cary Institute, were among those who were supporting the funding request that would have benefited their research.

Noting she has been diagnosed with Lyme disease five times, Sen. Jen Metzger, R-Rosendale, said she expects lawmakers will continue to press for the funding this year.

“This budget decision was not the last word on this issue,” said Metzger, representing a district where Lyme has become a major public health concern.