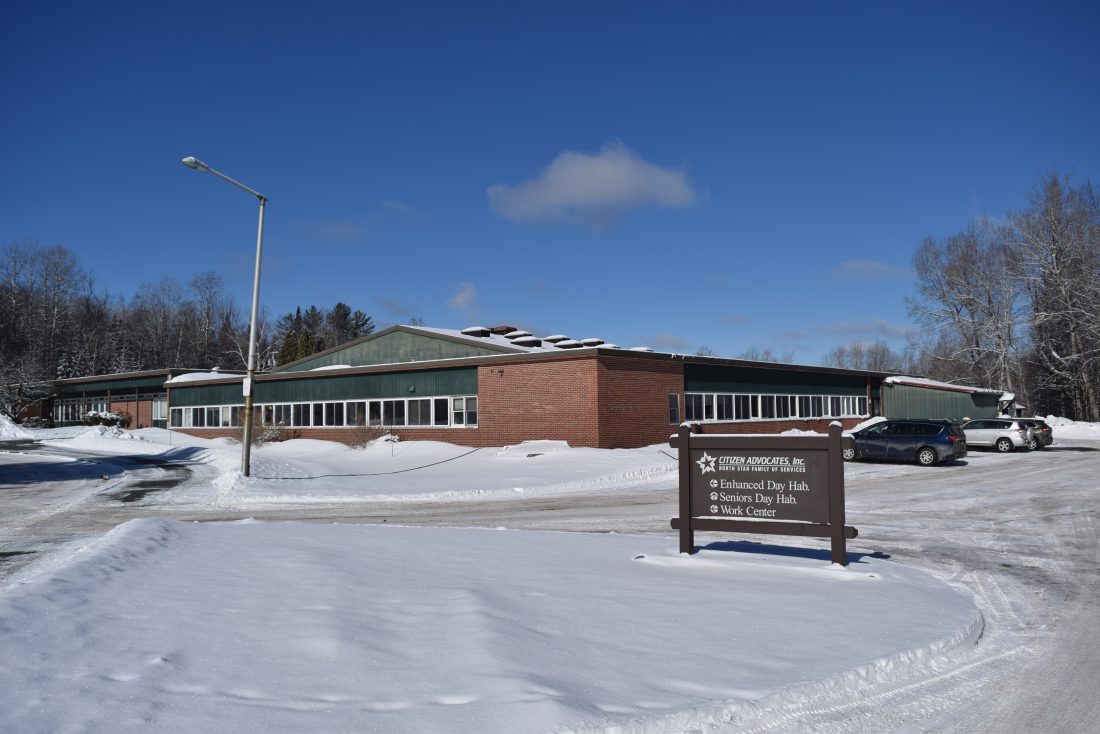 SARANAC LAKE — Citizen Advocates is looking at demolishing its building on Petrova Avenue and building a new, multi-organization facility in its place.

“Right now it’s very early in the blue-sky phases,” said Joe Riccio, director of communications and government affairs for Citizen Advocates. “Getting key partners at the table. Nothing is binding at this point.”

The building, originally the St. Pius X Catholic high school, was built in the late 1950s, with its first class of students in 1959. Due to declining enrollment, the school was closed in 1971. The building was first leased to North Country Community College and then to North Star Industries, which later joined with Citizen Advocates.

Currently, the building hosts day rehabilitation services, which means people who have been diagnosed with cognitive disabilities can come to the facility to receive services. Riccio said the state has changed regulations to require more services to be provided in the community, rather than one location. He gave the example of a local gym or community center offering classes on how to go grocery shopping for healthy food.

“As a result, we don’t need as much space (as) we currently use in the Petrova building,” Riccio said.

The village Board of Trustees approved of the idea at Monday night’s meeting.

“The building has proven to be not conducive for the current and future plans for the community services,” village Mayor Clyde Rabideau said. “They’re asking us to merely support the goal.”

Rabideau added that the village would be willing to support a grant application for the new building, but Riccio said the organization is not ready yet.

It would be cheaper to build new, Riccio said, than to renovate the around 60-year-old building, which was built to be a school.

“The hallways are like 12 feet wide,” Rabideau said. “(Riccio) said that’s too wide and not what they really need. Plus, it was built with concrete blocks, and you can’t remodel it readily, given that structure.”

Riccio said Citizen Advocates doesn’t have a cost estimate or timeline available yet, but it is still looking for partners to also base its services out of the prospective new building.

“How can we work together, but also incorporate these other services?” Riccio said. “I think that this is a really great opportunity to integrate multiple services under one roof.”

A couple of organizations that he suggested as possible partners were the YMCA and the Saranac Lake Youth Center.

“The Plattsburgh chapter of the YMCA has submitted a letter of interest in the building,” village Community Development Director Jamie Konkoski said.