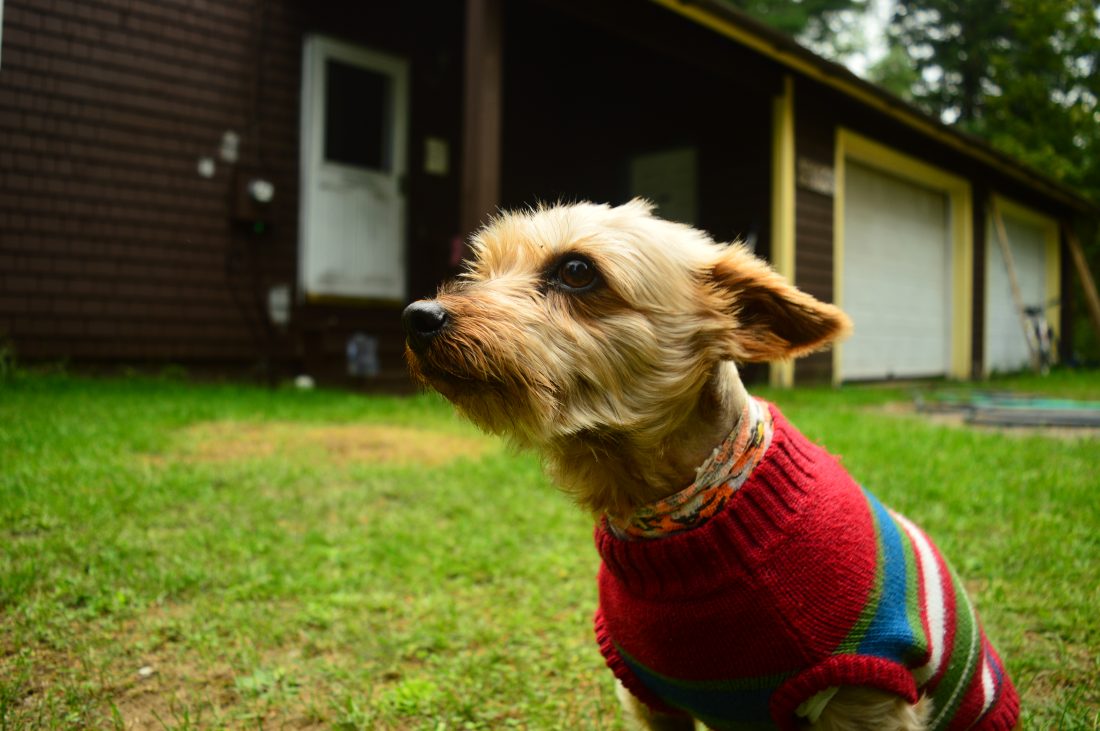 Jackson Browne, a silky terrier, was attacked by a German shepherd in August and recovered after several weeks in an animal hospital. (Enterprise photo — Aaron Cerbone)

TUPPER LAKE — Two anonymous donors have paid off the animal hospital bills for Mark Dewyea, whose silky terrier, Jackson Browne, was attacked by another dog in August, 2018, staving off a lawsuit Dewyea was filing against the town.

Dewyea, who filed paperwork on Wednesday to sue the town of Tupper Lake for the $1,572 debt he owed to High Peaks Animal Hospital in Ray Brook, said the veterinarian called him Friday to let him know the remainder of the total $5,000 bill had been paid off.

He said he has just received a letter from a collection company about the money he owed and thought the call was about that. He was overjoyed to hear the debt had been paid.

Jackson Browne was attacked by a large German shepherd in Dewyea’s 4th Avenue front yard in August 2018, after the larger dog escaped from the back seat of a police cruiser.

Dewyea said he did not want to sue the town, but in a March town board meeting, the board told him his claim was denied by its insurance company, New York Municipal Insurance Reciprocal, and it did not want to set precedence by paying out a claim NYMIR denied. Town Supervisor Patti Littlefield said Dewyea should file a suit in small claims court.

He said he didn’t sue the owner of the dog, Brian Demars, because the dog was in the custody of a village police officer and town dog catcher when the attack occurred. Demars could not be reached by phone or Facebook.

On Friday he called the town clerk, Laurie Fuller, and told her to rip up the lawsuit paperwork.

“I’d like to thank these anonymous donors who donated the rest of the bill,” Dewyea said.