Volunteers hope to reopen it Friday 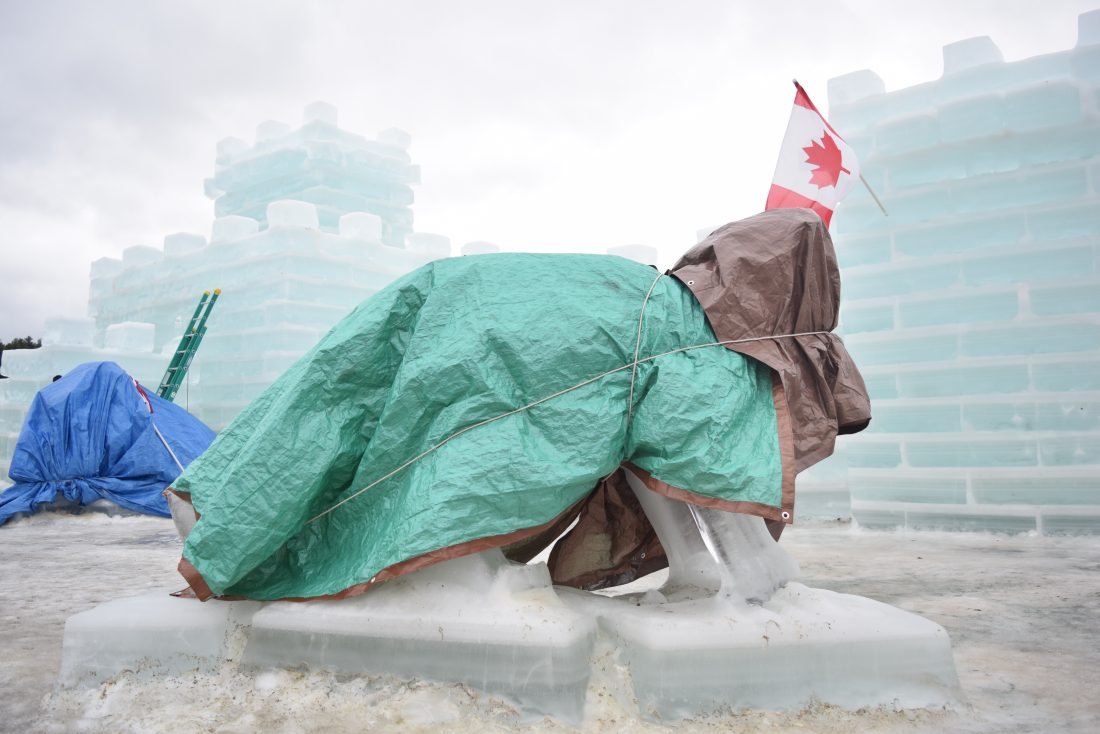 A dinosaur sculpture is swaddled in tarps for protection from the warmer temperatures and rain Tuesday in front of the Saranac Lake Winter Carnival Ice Palace. The dinosaurs are for this year's Winter Carnival theme, "Prehistoric Park." (Enterprise photo — Jesse Adcock)

SARANAC LAKE — The Ice Palace closed Monday, with hopes of reopening Friday, due to rain, wind and warm temperatures that have made the site unsafe.

Down by Pontiac Bay, Ice Palace Worker volunteers have struggled to keep onlookers out of the site, even with caution tape and orange barriers blocking entry. The standing water and ice now coating the ground around the palace is dangerous to walk on, said Dean Baker, head of the volunteers.

“Please stay away until the barriers are down,” Baker said. “It’s not safe.”

In addition to the uncertain footing, there’s the danger of falling blocks. The rain and wind of the past couple days have eroded the slush, used as mortar, between the ice blocks that make up the palace.

Baker and other volunteers made spot repairs to the palace Tuesday afternoon, tamping slush into the joints between blocks. As well as structural damage, any fixtures used on the Ice Palace, such as flags, have conducted heat and melted out of the structure. The sculpted “2019” has lost its “2.” Carved ice dinosaurs — this year’s Carnival theme is “Prehistoric Park” — were swaddled in tarps. 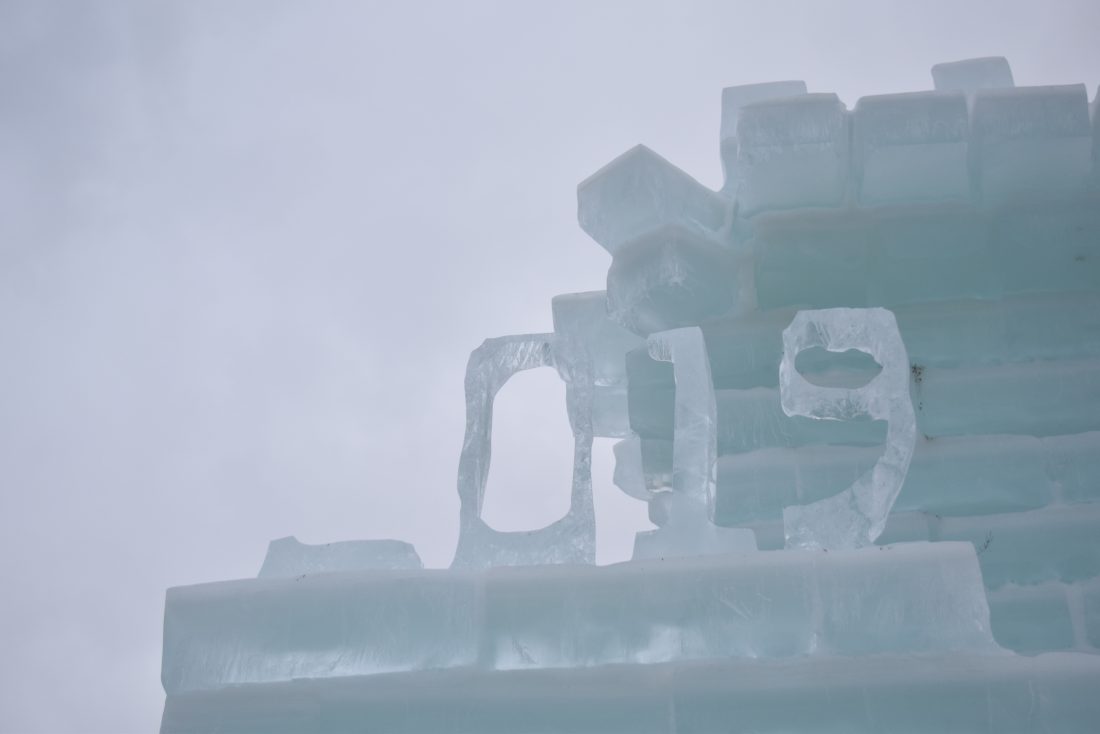 “A lot of slush came out of the southwest wall here. … We’d like to keep it up until the carnival is over,” Baker said. “Lucky the village helped us out by bringing us a load of snow.”

The National Weather Service predicts a chance of snow on Wednesday, with temperatures to drop below freezing. This could help, Baker said, and if conditions are good for the rest of the week, the volunteers will put down a layer of EcoTraction, a nonslip material, to make it safe for guests.

“I would like it open on Friday,” Baker said. “We’re trying to repair it.”

Baker said this has happened in years past — there have been palace construction conditions so unfavorable that IPW had to take the palace down just days after building. 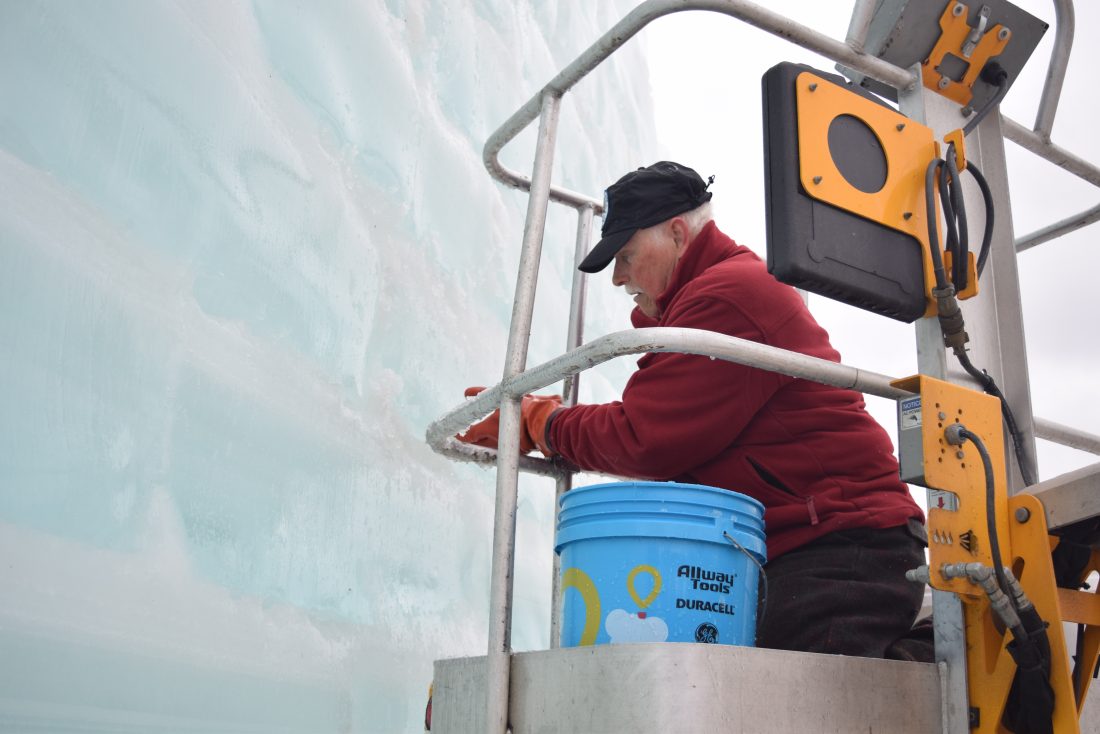 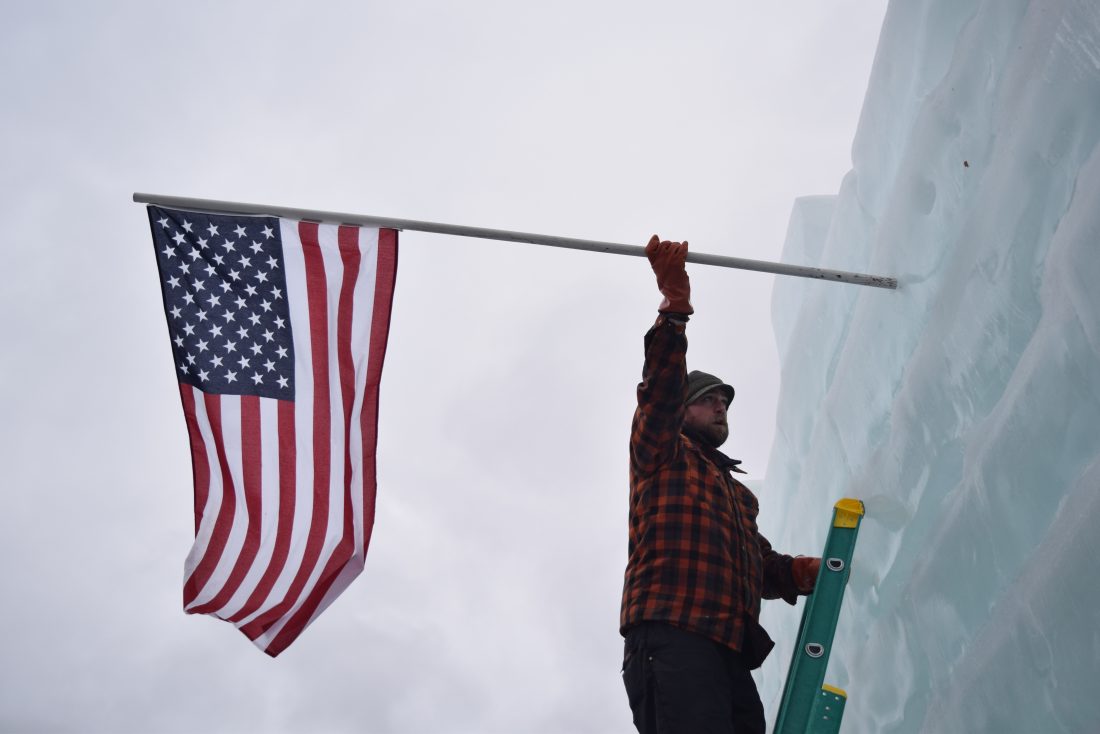