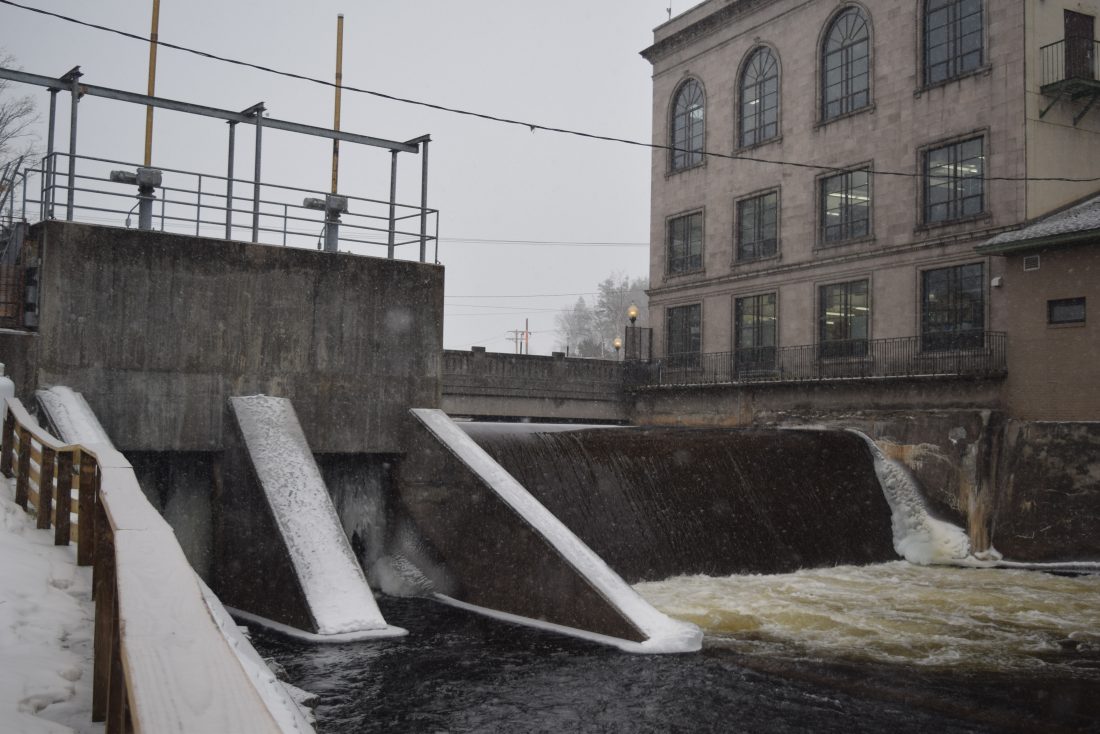 SARANAC LAKE — At the village board meeting Monday night, officials outlined steps the municipality has taken to become more green.

“When you look at some of these as an individual action, they may not seem significant,” Community Development Director Jamie Konkoski said, “But taken together, I think it paints a picture that the village takes a lot of steps to move in the direction of being less reliant on fossil fuels.”

Foremost on this list is Saranac Lake’s designation as a Clean Energy Community, under the New York State Energy Research and Development Authority. With this designation, the village is able to apply for state grants and utilize state resources to assist residents and businesses in pursuing clean energy.

Village Manager John Sweeney said the village’s new hydro unit is at 95 percent completion in its design phase. Power produced by the Lake Flower dam is currently sold to National Grid at between 2 to 3 cents a kilowatt hour, Sweeney said.

Once installed, the hydro unit would connect the dam to low-demand energy accounts in the village, such as parks and some village buildings. So when one kilowatt is used and one kilowatt is produced by the dam, the expense is written off. This is called net metering.

“Which is more like 11 or 12 cents a kilowatt,” Sweeney said. “Five-fold almost is what it’s increasing our payback on.”

In comparing the power purchase agreement using data from January 2017, rough estimates show that the village received $1,136.12 from selling power to National Grid. However, using net metering, the village would have saved $5,030.12 on power.

Once the design phase is done and bids for the work are in, Sweeney said it would only take 90 days or so to install.

“It’s a control panel that has all of these features in it. We have an 1980s version that is basically failing — we knew we had to have it upgraded,” Sweeney said. “This remote net metering process allowed us to get some money from a grant to put towards this thing for engineering.”

The final project will cost around $140,000, he said. But it’s just over a two-year payback with this new pricing structure from net metering.

“We also have a couple more initiatives,” Konkoski said, like converting streetlights to LED.

Lights in village buildings will also be converted to LED bulbs as they need replacement.

The village installed an electric car charger behind its building at 3 Main St. and the police station in September 2018. Since then, the charger has been used for 20 charges at 135 minutes on average each, according to Konkoski.

Other green initiatives have included heating of large municipal buildings: The village Department of Public Works and central garage are heated with recycled fryer oil and motor oil. The building at 3 Main St. uses geothermal heating and cooling from the river, though it does supplement this with fossil fuels in the coldest months.