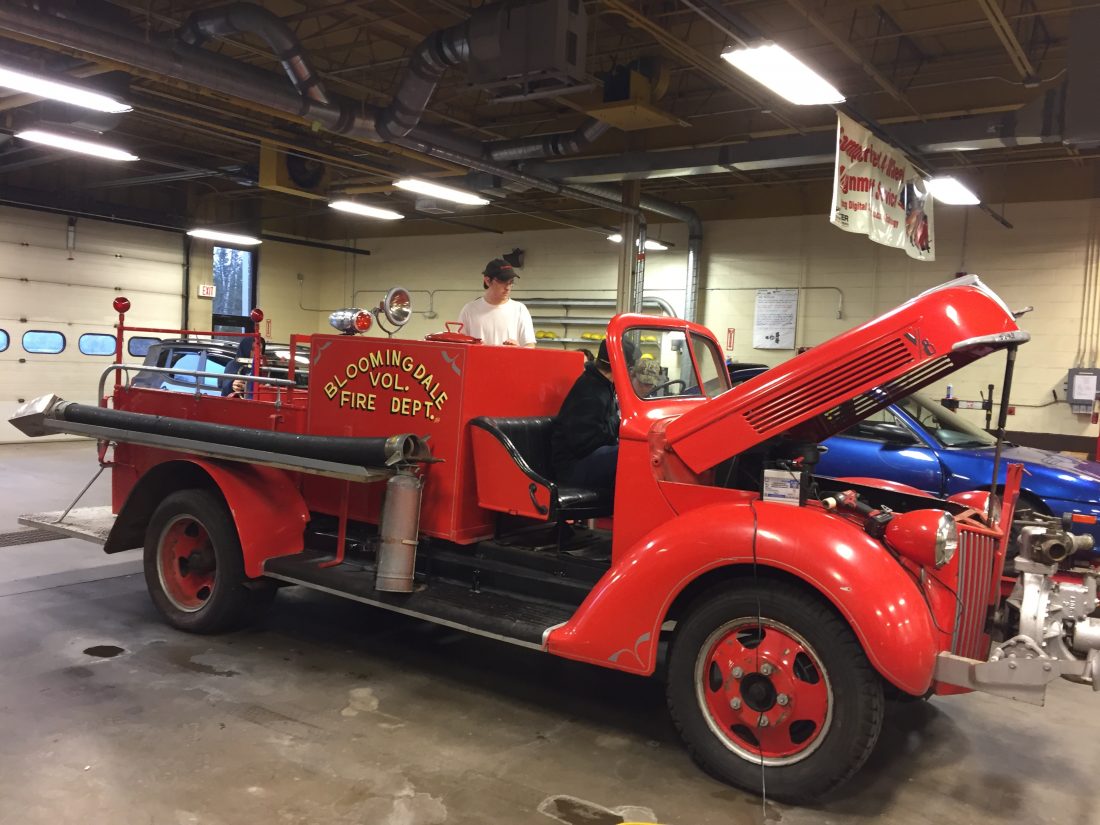 Raymond Amell is a senior studying automotive technology at the Adirondack Educational Center, part of the Franklin-Essex-Hamilton Board of Cooperative Educational Services. He’s also a Bloomingdale volunteer firefighter, and he brought the project up to his instructor in November. He said the class had been looking to do a restoration project on the side. He said his instructor, Zachary Fredenburg, was all about it.

“Apparently it hadn’t run in about seven years or so,” Fredenburg said.

After a similarly enthusiastic go-ahead from then-Bloomingdale Fire Chief Tim Woodruff, Fredenburg said they had R&L Towing move the truck to the school. Until now, it had been sitting in the Bloomingdale firehouse.

The vehicle itself, a 1941 Ford model 21YC, was built and used as a milk truck and converted to a replica firetruck from the same period. The Bloomingdale Volunteer Fire Department had a truck just like it that went out of service in the ’70s. 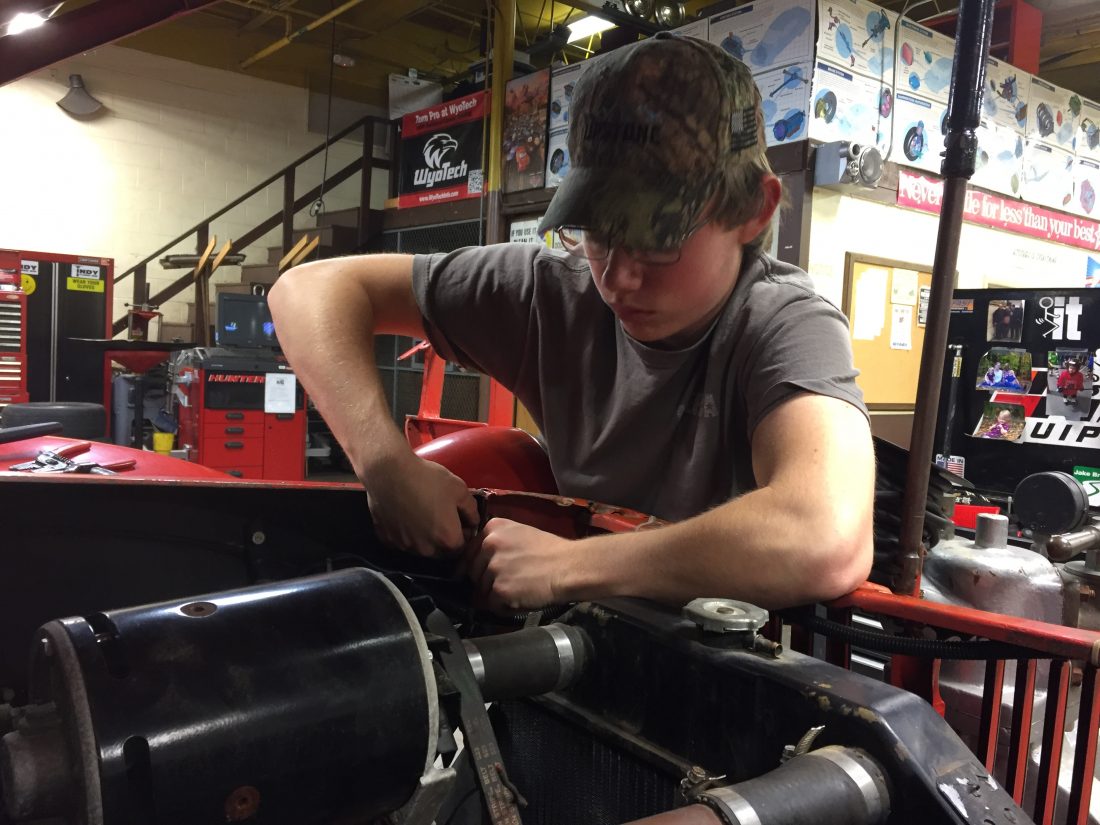 Since fall, the class has been working on getting the vehicle to run. Amell said this process has seen the carburetor and ignition rebuilt, and a complete rewiring.

Though not quite as high tension as some automotive reality TV shows, the effort is still coming down to the wire.

“We’re having trouble getting it to run under its own power,” Fredenburg said. “It’s close. It’ll be close.”

It’s the engine in the truck that Amell said particularly interested him — he never expected to work on a flathead V8.

“I’ve never opened the hood of a vehicle and seen one,” Amell said. “To work on one — it really is a dream of mine.”

He said his fascination comes with knowing that the V8 is a predecessor of today’s engines.

“That engine just about built America, in my opinion,” Amell said, “from the transportation of goods to getting people around.”

Amell said he’s worked on the truck for around 90 hours, and spent another 20 or so researching and ordering parts to get it running.

Amell added that the project is his way of saying thanks to everyone that’s served in the Bloomingdale Volunteer Fire Department.