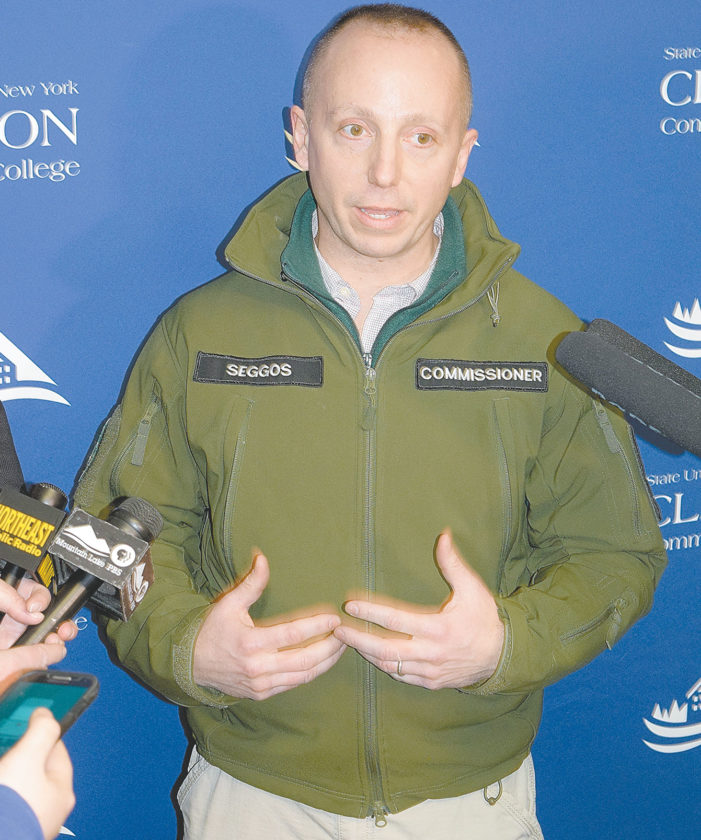 State Department of Environmental Conservation commissioner Basil Seggos has announced that he will stay on as head of the department, reversing a previous decision to leave.

“I’ve said it many times — this is the best job, at the best agency, and I’m really working with the best people,” he said in a statement emailed to the Enterprise. “If I left, I realized that I would forever regret that decision, so I am excited to continue the fight and continue the incredible progress being made under Governor Cuomo’s leadership. New York is demonstrating national leadership when it is needed most, and this is no time to step out of the fight.”

Seggos has led the DEC since fall 2015, following the departure of Joe Martens.

Seggos joined the Cuomo administration in 2012 and served as governer’s deputy secretary for the environment from 2013 until he was tapped to lead the DEC. Previously, Seggos served as vice president of business development at the Hugo Neu Corporation, a private equity company with a focus on recycling and sustainable industry. Prior to that, he worked for two environmental advocacy groups, Riverkeeper and the Natural Resources Defense Council, and the White House’s Council on Environmental Quality.