Co-owner walks away from project 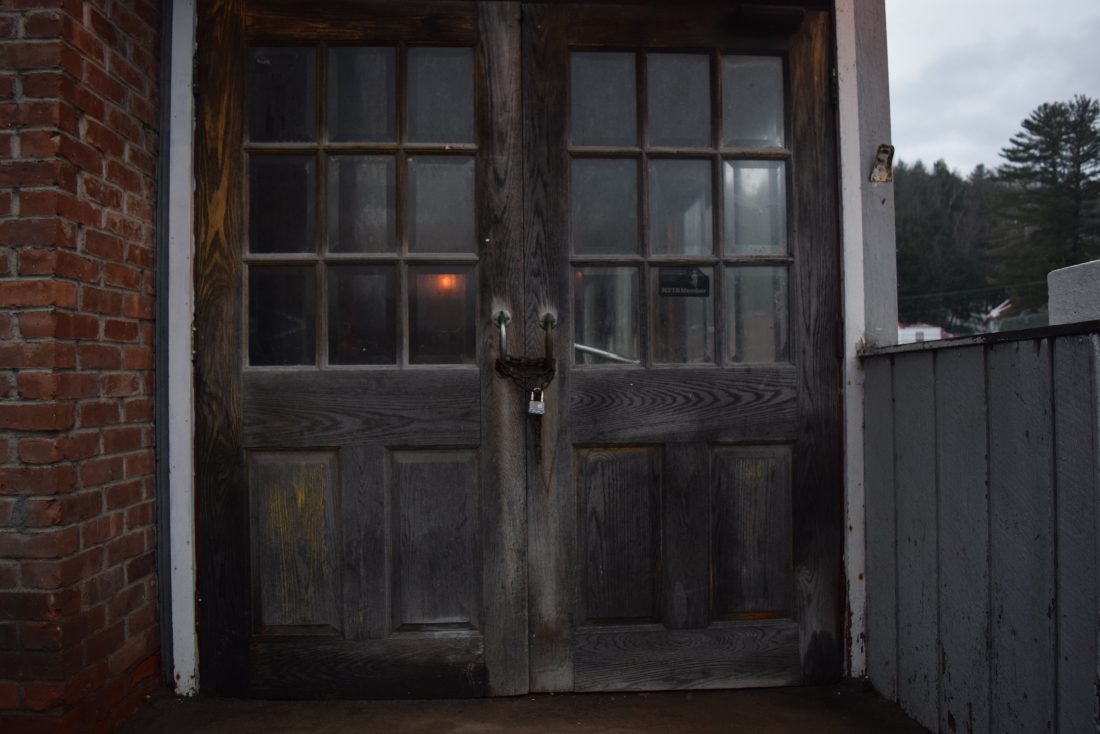 SARANAC LAKE — It looks like the former Dew Drop Inn on Broadway will remain vacant for now.

The co-owner of the former Dew Drop Inn, Calli Shelton, has announced she is walking away from the project, with no intention to sell the property.

“As of today I’m walking away from the project,” Shelton said. “This was one delay too many. I lost my contractor.”

“Our codes office reported that Ms. Shelton’s plans indicated she would add to the third story of her river bump out which lies outside her property’s boundary,” wrote village Mayor Clyde Rabideau in an email. “This expanded the building’s use and size upon property she does not own and triggered a request for approval from the DEC (Department of Environmental Conservation) which I believe could easily be gotten.” 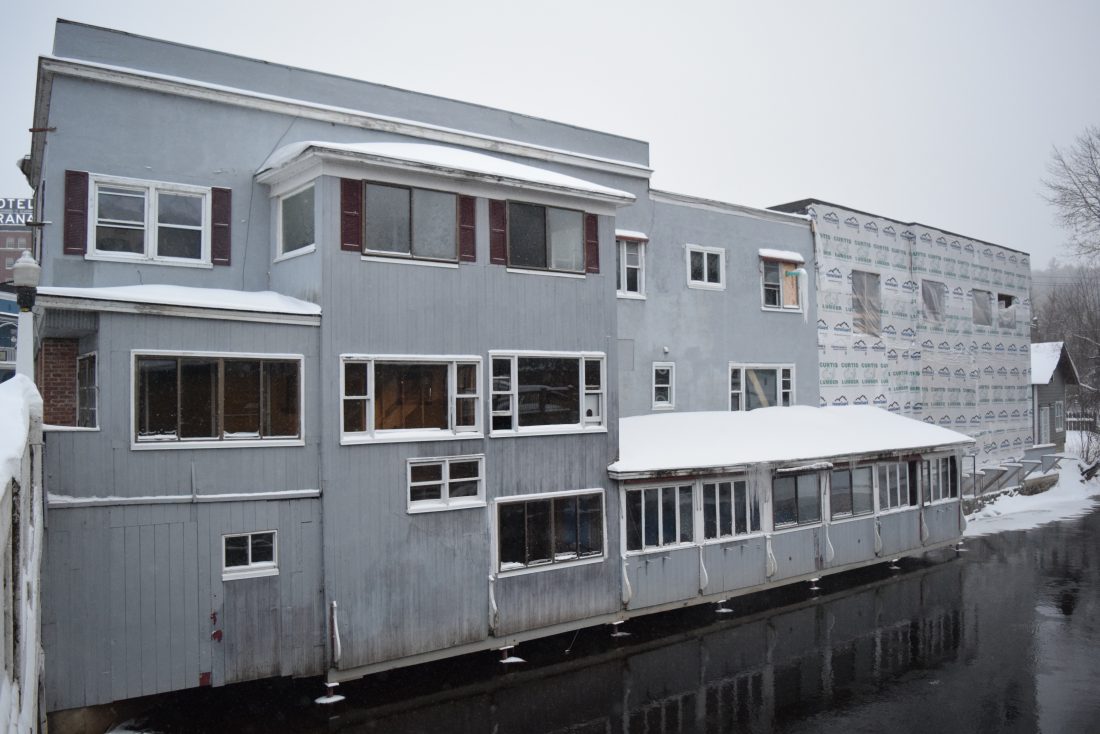 He added that the village is required to assure DEC, as well as Adirondack Park Agency, compliance for all projects within 50 feet of the high water mark of the Saranac River. Shelton said she put in an application with the APA to determine if they have jurisdiction.

“A plan for townhouses across the river on Dorsey Street had to get the same approvals,” Rabideau wrote.

Shelton said that these concerns about the overhangs have triggered a DEC investigation. The DEC could not be contacted by press time.

She said that she does not have the financial resources or the heart to wait for these approvals and investigations to run their course, which she said could last a couple of months. She said she lost her contractor to another job, and so the soonest she could start is four to five weeks after getting approved for a building permit.

Shelton met with Rabideau, Trustee Paul Van Cott, and Code Enforcement Officer Patrick Giblin Thursday night to discuss the project. She said she thanked them for their help in the process up to this point. 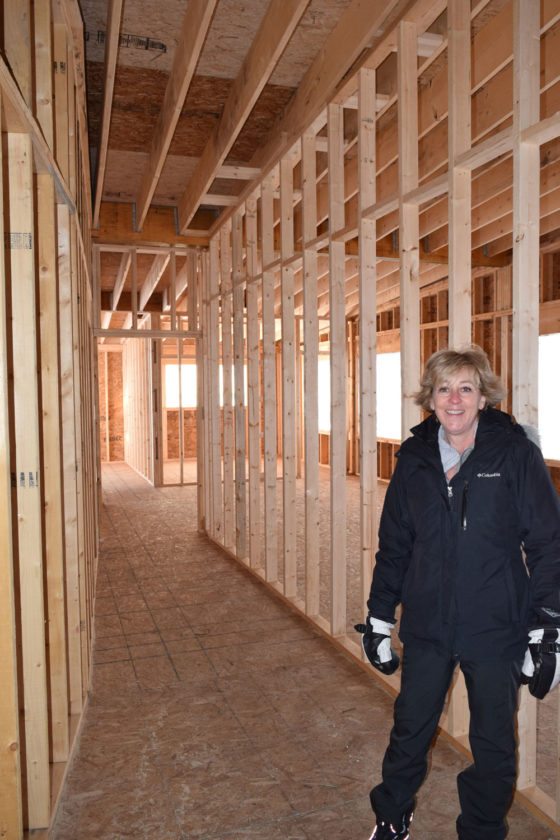 Callie Shelton poses in planned apartment space in the back of the former Dew Drop Inn at 27 Broadway, Saranac Lake, in December 2017. (Enterprise photo — Glynis Hart)

Last week, the village was waiting on two pieces of information from Shelton — updated building plans, and proof of ownership over the disputed overhang. Shelton’s architect submitted the building plans at the end of last week.

Giblin said this week he’s been looking at the building plans for the property to make sure they contain everything in the village uniform code. The process can sometimes take a couple weeks, he said.

“There was every opportunity to make this happen,” Shelton said. “I’ll move away. I need to get work.”

Shelton said that she has no intention to sell the property and has sent her co-owner and ex-husband Randy Coles, an exit strategy and a way to repay him for his stake in the venture.

She said the money people donated to restoring the former Dew Drop Inn’s sign will be repaid. She said she will also give away the T-shirts she had made to fundraise for the sign at Saturday’s Winter Carnival Parade.

“That way we’ll have something to remember,” Shelton said.

Van Cott said the village and many others have all worked in good faith towards restoring the building.

“The LDC (Local Development Corporation) sought NYMS (New York Main Street) grants two years in a row for the project as the only project we applied for,” Van Cott wrote. “We were awarded a $300,000 towards restoration. I appreciate everything that the owner has put into the project, and respect whatever decision she makes.”

Van Cott said he remains confident that the building will be restored. Rabideau said real estate development is not easy — requiring years of dogged persistence and the willingness to wade through local, state and federal regulations.

“I applaud Ms. Shelton for trying and thank her for her efforts,” Rabideau wrote. “It was a big project for a beginner but she showed a lot of grit and we hope she and the building have successful futures.”

“To our many supporters, thank you,” Shelton posted on Facebook. “To the few detractors, you won. Hope you enjoy looking at the shell of the building for the next 50 years.”