Adirondack Health one of many businesses in partnership 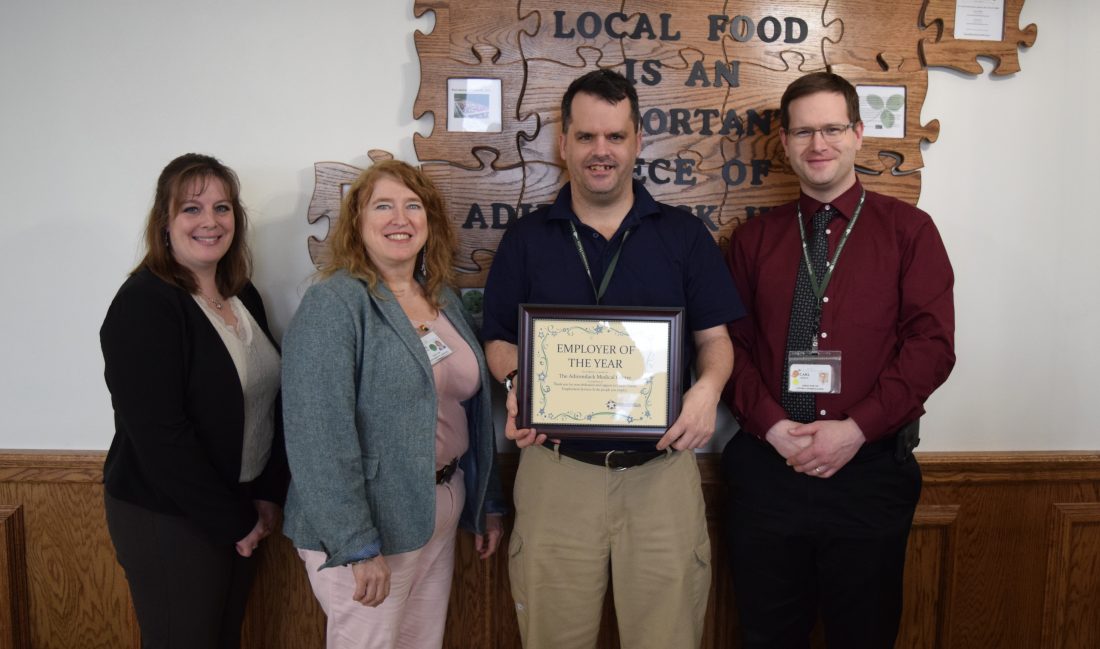 MALONE — Citizen Advocates recently took time out to recognize one of the most crucial components of its Career Visions program: the employers.

The Career Visions Program at Citizens Advocates, through its offices in Malone and Saranac Lake, offers multi-faceted employment and pre-employment opportunities to people with disabilities. The mission of the program is to support individuals whose objective is obtaining and retaining meaningful work in the community. This is accomplished with a person-centered approach designed to assess strengths and skills that will best match individuals with an employer where they can achieve success by leveraging their full potential.

“The relationships we have with the various employers in our community are an essential part of the Career Visions program,” said Jessica Dibble, Career Visions program manager. “Each of them in their own way provide the people we support with dignity and respect, and equally important with the on-the-job experience needed for career development, independence and meaningful employment.”

“We also recognize that running a business is a major responsibility,” said Ms. Dibble. “The employers we partner with are going above and beyond by playing a key part in this process, so it is an honor to give them this shout out for their contributions to not only our program but for what they are giving back to the community.”

This year, the Employer of the Year in southern Franklin County was Adirondack Health.

“We are glad to be in a position where we can support people in the community by providing the resources they need on the path to meaningful employment,” said Carl Bowen, Director of Nutritional and Environmental Services for Adirondack Health. “There are no small jobs here at Adirondack Health because we all work together with a focus on the end result of providing excellent patient care.”

James Maher, who receives supports through Career Visions, splits his time between Environmental Services in the morning and Nutritional Services in the afternoon for Adirondack Health at its Medical Center in Saranac Lake.

Behind the scenes, Career Visions Employment Services is committed to persons with disabilities who are referred from a number of state agencies, including OPWDD, OMH, and ACCES-VR. Career Visions use a combination of job developers, job coaches, and employment specialists to place people in the best environment possible to accommodate their disabilities and encourage occupational growth and sustainability.

The efforts of this program are proven, with direct service to 133 people in Franklin, Essex, and Saint Lawrence counties, 92 of whom are currently employed at a total of 45 different businesses throughout our service area. Our job developers actively network and assess environments to add potential employers to our pipeline of options for the people we serve, from small businesses to large health systems and corporations.

If local employers are interested in participating in the Career Visions program, please contact Jessica Dibble at 518-483-3553 or Susan Shantie, Employment and Meaningful Activities Manager at 518-651-2830.