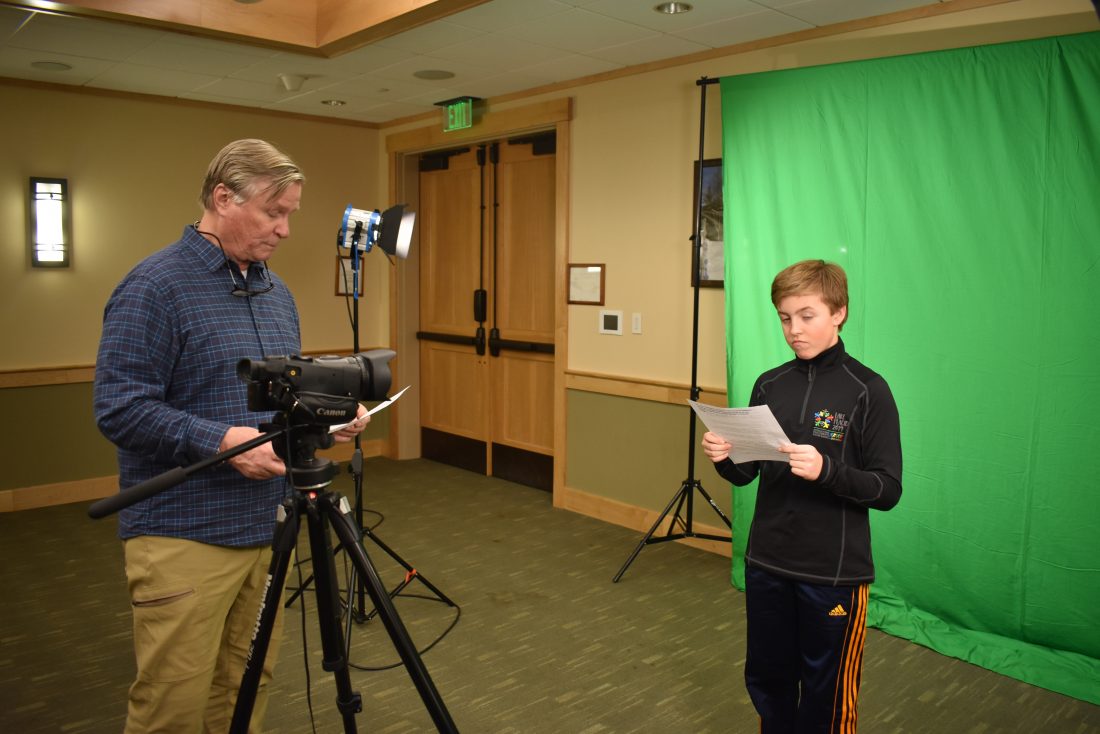 Recently, Lake Placid hosted the first ever winter ICG in the United States, where more than 400 student-athletes from 33 different cities in 14 different countries competed in a variety of winter sports such as hockey, speed skating, skiing and snowboarding. The event facilitated both youth international competition and cultural exchange.

During the event, 12-year-old Lincoln Norfolk of Lake Placid served as the face of the games and anchored a nightly report that aired on the event’s Facebook page.

Producer John Morgan, also of Lake Placid, saw the potential of the games, Norfolk and the stories generated by the athletes. Morgan contacted Teen Kids News, which saw the connection and signed on for a number of segments to extend the impact.

Teen Kids News is an Emmy Award-winning, 30-minute show that airs every week on more than 200 television stations across the country and features youth anchors and reporters. The concept debuted in 2003 and is premised on youngsters doing great things to make the world a better place.

“The Youth Olympic Games function similarly with kids covering kids’ stories,” McKenna said in a press release. “I thought it was the best way to make the Children’s Games more relevant to the event’s primary audience.”

Among the initial stories to air on Teen Kids News is the ICG opening ceremony, where Norfolk and Morgan captured athletes welcoming fans in their native languages.

“Well-produced and fast-paced, the report on the 2019 International Children’s Games was a perfect fit,” said Marilou Jacoub of Teen Kids News. “It gave our viewers an excellent overview of the competition, as well as an appreciation for the global diversity of the young competitors.”

Morgan said other Children’s Games vignettes with different themes will air later in the year on Teen Kids News.

In the North Country, Teen Kids News airs every Saturday on WPTZ NBC 5 in Plattsburgh at 9 a.m.