Board not ready to make decision on art teachers 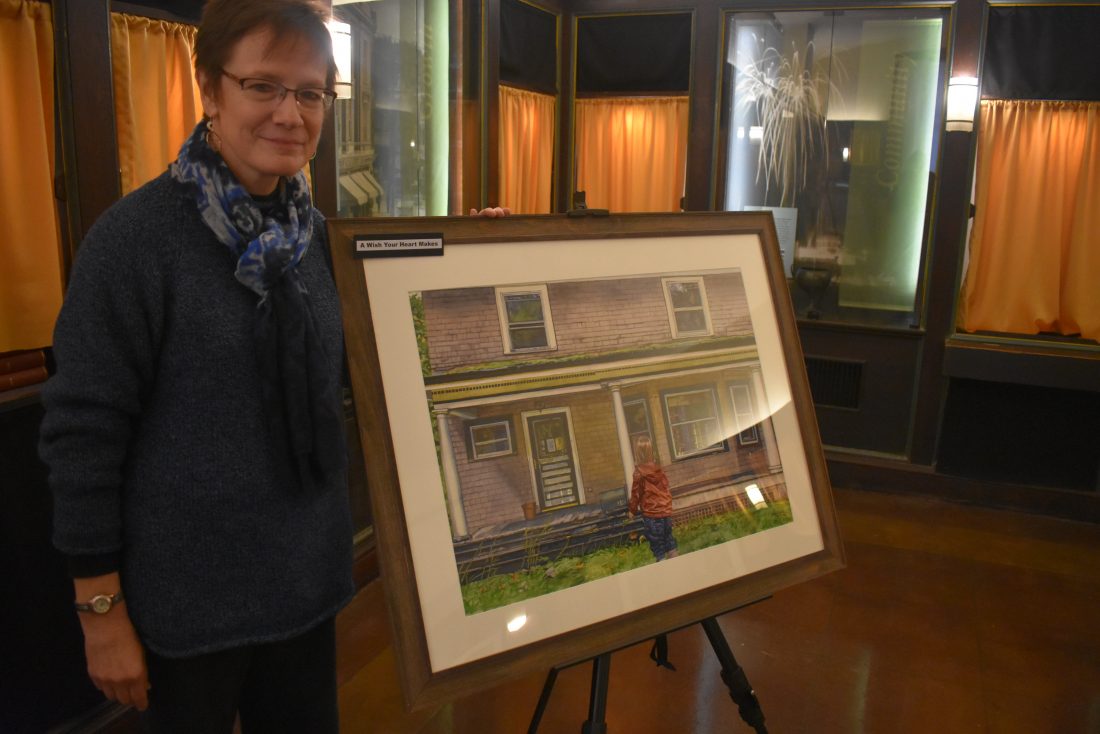 SARANAC LAKE — Over the last week, the Saranac Lake Central School District board and superintendent have received much community input regarding the position of art teacher at the high school.

There were rumors that Valerie Patterson’s art teacher position, one of two at Saranac Lake High School, would not be renewed when she retires at the end of this school year. Superintendent Diane Fox has said that is possible but that no budgeting decision has been made. The Enterprise has run several letters to the editor opposing this and promoting the importance of art education, and the school administration also received a number of letters.

At the school board meeting, one member of the arts community came to speak.

“Word became known to us that it didn’t look like Valerie’s position would be replaced after she retires,” said painter Sandra Hildreth, former head of the Adirondack Artists Guild. “We just wanted to make sure that you knew how important a lot of us feel the high school art program is and that there have been great accomplishments.”

She added that much of the community’s concern stemmed from the fact that to not replace Patterson’s position would cut in half the number of students who have access to art classes.

“It’s an important thing to this community, and your students have gone on,” Hildreth said. “Whether they had an art career or did something else, they benefit from the experience of being in an art classroom.”

“I appreciate the passion the community has for the arts,” Fox said in response. “There’s no question. It’s positive passion, and I’m finding myself in a conversation I’m not yet ready to have.”

Fox said every year she reviews the school’s current programs, along with projected student enrollment, and the number of students who are actually participating in these programs.

“I want to look to see if there are other factors that may influence what the following year will look like,” Fox said.

Some of the factors she listed were upcoming class sizes; new, expanded or shrinking elective offerings; and career and technical education participation, among others.

This is because she said she hasn’t had the opportunity to walk through the budgeting process with other district administrators. In addition, she said state funding may be diminished this year — and making any decisions before that revenue information is available isn’t possible.

“We’re nowhere near ready to present that information on this particular topic because nothing stands alone,” Fox said. “It’s something that we do looking at what’s best for all of students throughout the district. We’re working our way through the process.”

She said more budget information will be available at the first board meeting in March.

Board member Jeremy Evans then read aloud a letter that Fox received.

“It’s a little unusual, but I think it’s worth mentioning,” Evans said. “I think it’s the opposite of many of the letters we’ve received. And I think it just needs … we need to put it out there.”

The anonymous email was sent via ProtonMail — a free, encrypted email service — and claimed to speak for the community for the arts in Saranac Lake. In it, among other incendiary statements, was a threat to run Fox out of town if the art teacher position was not renewed.

“We’ve received a bunch of very thoughtful letters from folks who I would expect nothing less from if they had heard there might be a change to the art program in the school district,” Evans said. “I just want to say on behalf of myself. … This is completely inappropriate and completely counterproductive for a discussion about the arts in our community.”

Other board members agreed and called for an apology to Fox from whoever sent the email.

“I know (Fox) has the best interest of these kids and school and community at heart, and I would just love whoever said that to step up and be bold and talk to us directly,” board member Jeff Branch said. “It’s a cowardly thing to do, and I don’t know who it is, but they’re obviously not a member of our community, because our community doesn’t act like that.”