The public takes a look at DRI projects 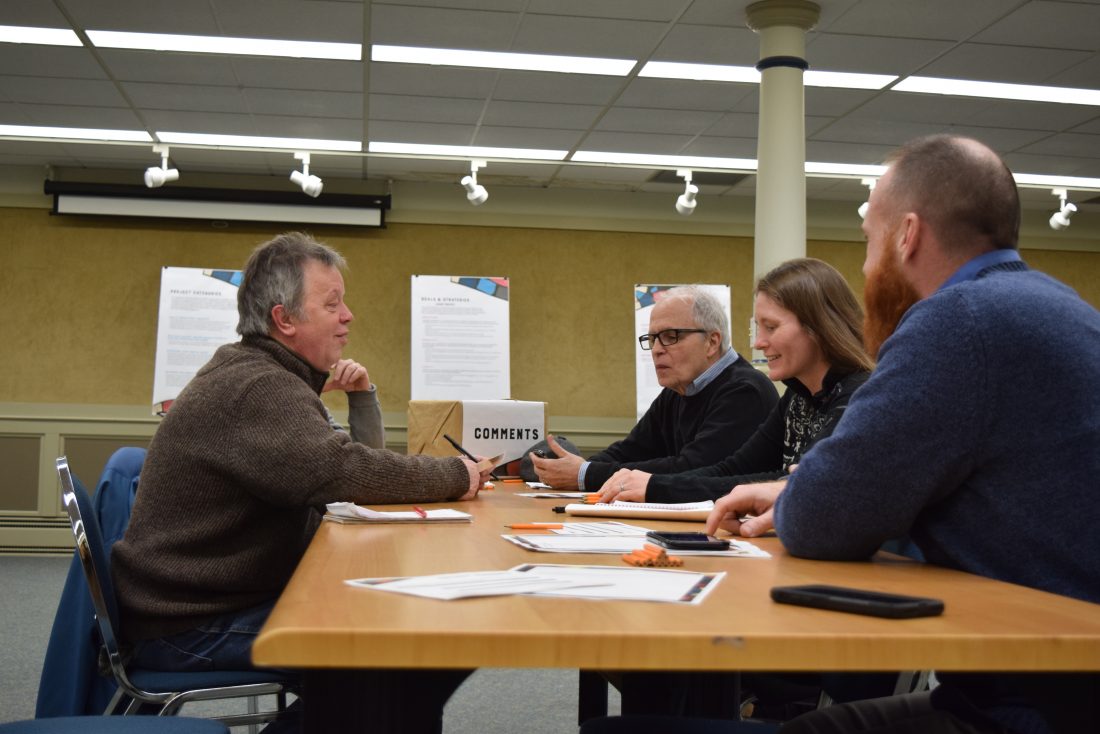 SARANAC LAKE — At the Downtown Revitalization Initiative open house, visitors were most interested in the proposed projects for funding.

“A lot of positive comments about the projects,” said village Community Development Director Jamie Konkoski. “Surprisingly, not a lot of process questions — a lot of people were engaged with the content and sharing their comments.”

Local Planning Commitee member Jeremy Evans said he’d had a similar experience — less interest from the public in the process and more questions about proposals.

“They really want to see what the projects are that are being considered,” Evans said.

In the Cantwell Room at the Saranac Lake Free Library Thursday night, the public was invited to take a closer look at the DRI process and proposals on the preliminary project list — a portion of which will be funded through the $9.7 million in grant money from the state.

“It seems like they’re trying to bring a lot of art to town,” said Devon Harris of Saranac Lake. He said the open house was the first time he was really getting to know the projects. Harris said he was surprised by the amount of focus on the Union Depot area and thought the Whitewater Park project was the most expansive. That project would modify the stream bed and banks of the Saranac River north of LaPan Highway, allowing greater paddling access.

John Norman of Saranac Lake said he’d like to see that project happen as there’s a lot of flat water paddling in the area but also a lot of untapped whitewater.

“This section is a great introduction to whitewater,” Norman said.

Visitors were encouraged to fill out public comment forms and complete project feedback surveys. On these surveys, visitors were asked to indicate their level of support for each project as high, medium, or low.

“We will provide the feedback to the LPC in a way that illustrates the projects with the greatest public support,” said Jaclyn Hakes, director of planning services for M.J. Engineering and Land Surveying, which heads the consulting team for the DRI.

Hakes said the team will aim to have this public support data in the hands of the LPC before their next meeting on Jan. 24 from 1 to 3 p.m. in Harrietstown Town Hall.

Public support is one factor in the LPC’s decision for which projects to submit to the state for funding. Other criteria include project readiness, leveraged funds, job creation and transformative potential.