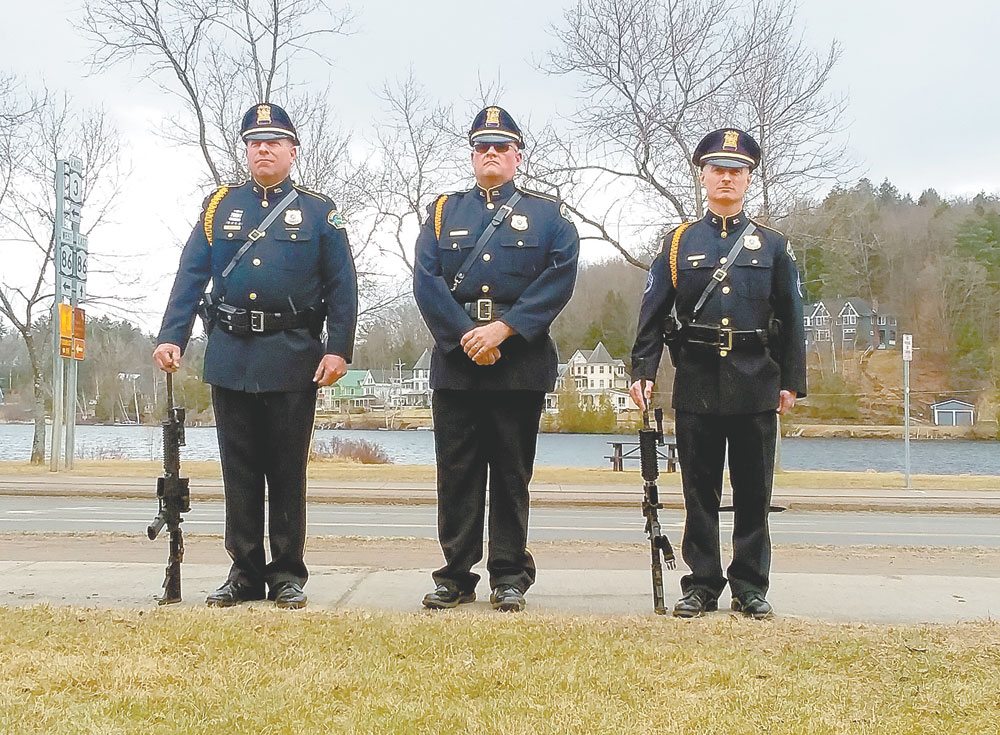 SARANAC LAKE — Village police have reported a decrease in arrests in 2018 compared to the previous four years — making more than 900 arrests in that period with an average of 227 per year.

Chief Charles Potthast said the decline in reported crime is partly due to community policing by members of the department, as well as a focus on clearing reported crimes by arrest.

“We don’t have the final tally on this year’s statistics,” Potthast said. “However, the arrests and my statistics indicate that, yes, there’s definitely a decrease in the amount of crimes being reported.”

It isn’t just arrests that were down. Accident investigations and overall calls for service dropped, too.

It’s a relatively small area to police — 3 square miles, with one chief of police, three sergeants and eight patrolmen. But Potthast said this village, and the fact that some of the department members grew up here, makes for effective policing.

“The biggest thing is being in partnership with the community,” Potthast said. “When the members come into work … you’re really getting people that are trying to make a difference, and it’s showing.”

Potthast cites that community connection as part of department’s success in combating methamphetamine in the village — making two busts in the late summer and fall of 2018 with alleged large meth and meth manufacturing seizures.

Potthast said he couldn’t go into the specifics of how the department is policing the production and sale of narcotics in the village because it is covert, but he said community members who felt comfortable coming forward with information were of great help.

“The arrests are down, and crime index as recorded by the Division of Criminal Justice services show that it’s been down,” Potthast said. “And steadily dropping the last three years.”

Though the numbers are not finalized for 2018, there were 172 arrests reported, according to village police documents. This would be a decrease of 76 from the 248 arrests reported in 2017.

This focus on arrests puts people in the system and deters future offenses, Potthast said.

“Then you have parole and probation being able to come in and play their part,” Potthast said. “Then they can keep an eye on people and do what they do.”

While the FBI’s crime data for 2018 is not yet available, estimates for both violent crime and property crime decreased between 2016 and 2017 nationally.