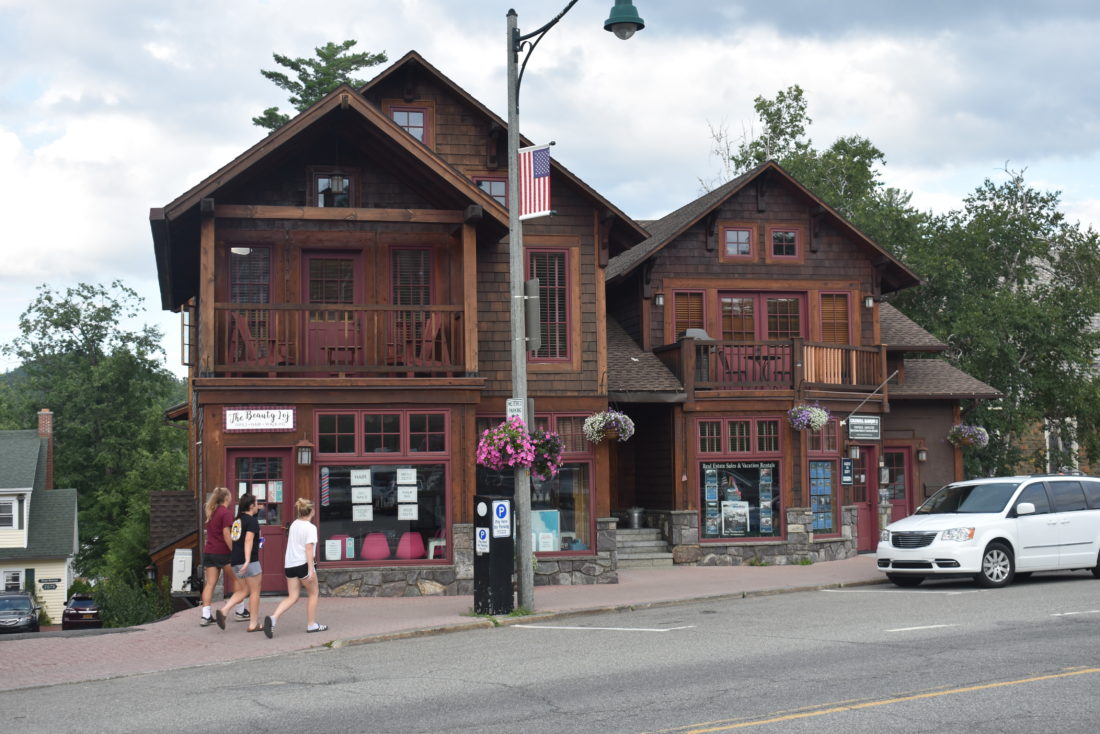 LAKE PLACID — The proposed short-term rental law for this village and the town of North Elba is now public, and a hearing on the matter will be held at the Conference Center Thursday, Jan. 24. at 6 p.m.

This article will highlight some of the major points of the proposal. The full 12-page document can be viewed on northelba.org or in person at the North Elba Town Hall.

About three years ago, the vacation rental market took off in the Adirondacks. Since then, Lake Placid and North Elba have been feeling the effects of unregulated short-term rentals. People are now renting their homes out rather than selling them. This drives up property values, making it hard to afford a home here. Some claim there are times when properties are rented out to too many guests, which can create crowded side streets, fire hazards and noise problems. These housing market issues have been said to cause ripples throughout the community, from annoyed longtime locals to diminishing public school enrollment to a short-staffed village police department. 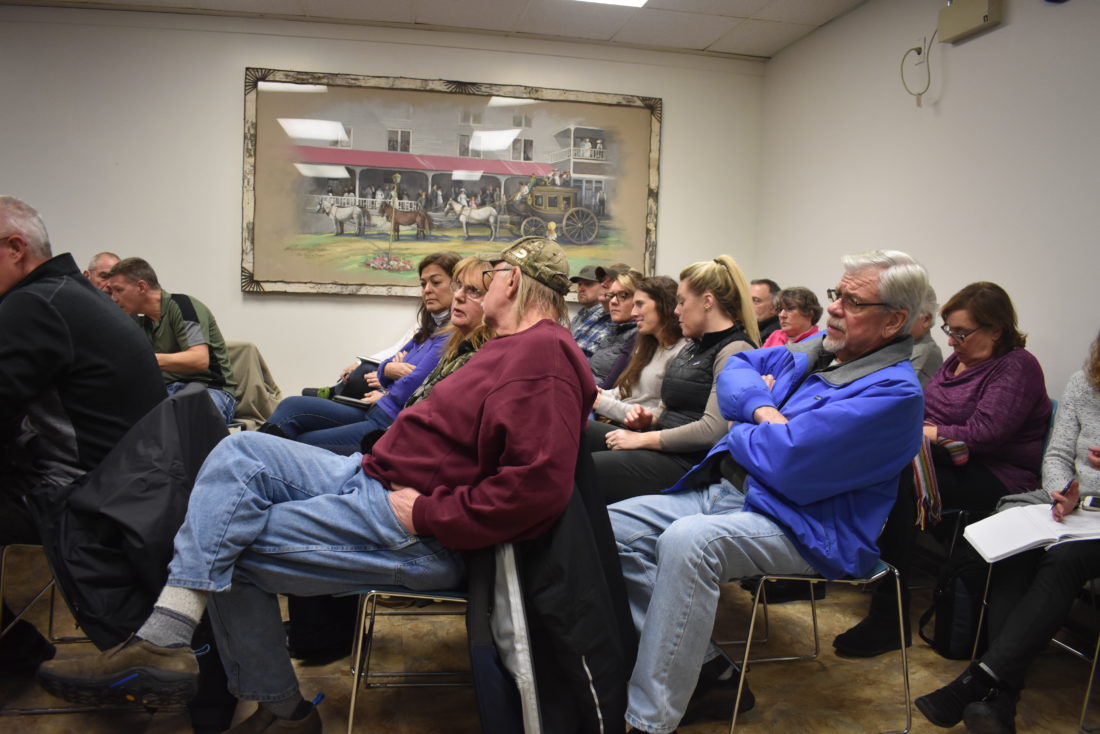 The Lake Placid Village Board of Trustees and the North Elba Town Council discuss vacation rentals at a special joint meeting at the North Elba Town Hall Thursday evening. More than 50 members of the public showed up to watch and listen. (Enterprise photo — Griffin Kelly)

However, there are about 600 confirmed vacation rentals in the area, which add greatly to the town and village’s economies. Simply banning short-term rentals wouldn’t be financially sound at this point, officials say.

The purpose of the new law “seeks to achieve a balance between those who offer their homes as short-term rental properties and those who choose not to do so.” This proposal does not apply to rentals in the Saranac Lake section of North Elba.

“The proposal we have now is a composite effort of the village and town boards,” village Mayor Craig Randall said Friday. “I’m happy with it. It will not solve all the issues we’re currently facing with short-term rentals, but I think it’s a step in the right direction. Nothing comes out perfect on the first try.”

Firstly, the proposal establishes basic definitions. A short-term rental is a dwelling that is rented, in whole or part, to any person for a period of less than 30 consecutive nights. That includes residential or apartment buildings, single- or two-family homes, condos, townhouses, guest houses, cottages, cabins, timeshare units and accessory dwellings.

An occupant has been classified as a person located on the short-term rental property between the hours of 10 p.m. and 7 a.m.

The proposal also lays out how many occupants can be in a property at once. It’s two times the number of bedrooms plus two. For example, a four-bedroom property is allowed 10 occupants. There also needs to one full bathroom per four occupants. No property shall exceed 16 occupants. Randall said many communities have 12 as the maximum.

If passed, property owners would require a permit to rent out their homes. The permit would last two years, and the cost has yet to be determined at this time. The cost of $100 per room per year has been suggested at previous meetings. Randall said he doesn’t believe permit fees will discourage owners from renting out their properties.

North Elba Supervisor Roby Politi said he doesn’t expect the number of short-term rentals to decrease because of permit fees, but he didn’t rule out the possibility, which he doesn’t see as a negative.

“If things keep going the way they are, pretty soon there could be 1,200 short-rentals in the area, and the market becomes saturated,” he said. “That could lead to people walking away from their homes.”

A permit can be redacted if the property owner violates its terms and conditions. At a previous public meeting, Politi said things like noise, safety and occupancy violations would likely be reported by neighbors, instead of regular visits from the code enforcement officer. For a first offense, owners could be fined between $350 and $1,000, imprisonment of up to 15 days or both. For a second offense, the fine raises to between $1,000 and $3,000.

The permit fees would go toward hiring more employees for the code enforcement office.

Safety requirements include things such as fire alarms in every sleeping room, at least one carbon

monoxide detector, one fire extinguisher, well-ventilated areas for furnaces and fireplaces, easily serviceable electrical systems and unobstructed doorways. Each sleeping room shall have an exterior exit that opens directly to the outside or an emergency escape or rescue window in compliance with the state Building Code.

“I’m mainly concerned with things like basements without windows,” he said. “We don’t want 10 people crammed into a basement with no exit.”

Orticelle said there could be some issues with homes that rent out third-floor rooms. Windows might need to be fitted with a fire escape staircase. However, he said that situation probably won’t be too common.

“As long as people can safely exit the room to a hallway and get to an egress, it should be fine,” he said.

Other regulations in the proposal include one off-street parking space for every four occupants, clearly visible house numbers, regular garbage removal, no campers or tents, and weddings and other special events must end by 10 p.m.

Some people, mainly those who own rental properties, are not too thrilled about these proposed laws. In a previous article, Amanda Cassidy, who operates a rental out of her home at Otter Landing, said the town and village should not be setting guidelines and requiring permits for short-term rentals.

“It is a regular income, and we rely on it a lot,” she said. “There are a lot of reasons why we rent out. We live in the village, so we pay village taxes, town taxes and school taxes.

“It’s none of their [business]. I am the homeowner. This is my home.”

Some locals have taken issue with the fact that many members of the village and town boards work in the hospitality or real estate industries and are trying to regulate short-term rentals. Randall owns the Northway Motel. Trustee Art Devlin owns the Olympic Motor Inn. Trustee Peter Holderied owns the Golden Arrow Lakeside Resort. Politi runs Merril L. Thomas Real Estate and employs Councilman Bob Miller as a broker. Councilman Derek Doty is a caretaker for a vacation rental.

Randall doesn’t see his private business as a conflict of interest.

“The public knows who we are and what we’re involved with,” he said. “I run a very modest motel, which is actually on the market, but the public elected us to represent them, and in a matter like this, I don’t think we should recuse ourselves from the vote. I know I won’t.”

“This is not going to benefit my business,” he said. “You have to be subject to some financial gain for there to be some form of conflict.”

Randall brought up the idea that local land codes don’t contain any text on short-term rentals.

“They were never permitted in the first place,” he said. “They essentially act like hotels but are in residential areas. Some people have taken issue with the three-night minimum. We’ve found that most problem neighborhoods have properties that rent out for only one or two nights.”

Politi said he’s also received grievances with aspects of the proposal like the three-night minimum and the 16-occupant maximum.

“This law isn’t going to make everyone happy; that’s for sure,” he said. “You have to look at it from the standpoint of how it affects the community. We don’t intend to eliminate vacation rentals. We intend to regulate them make sure people are safe.”