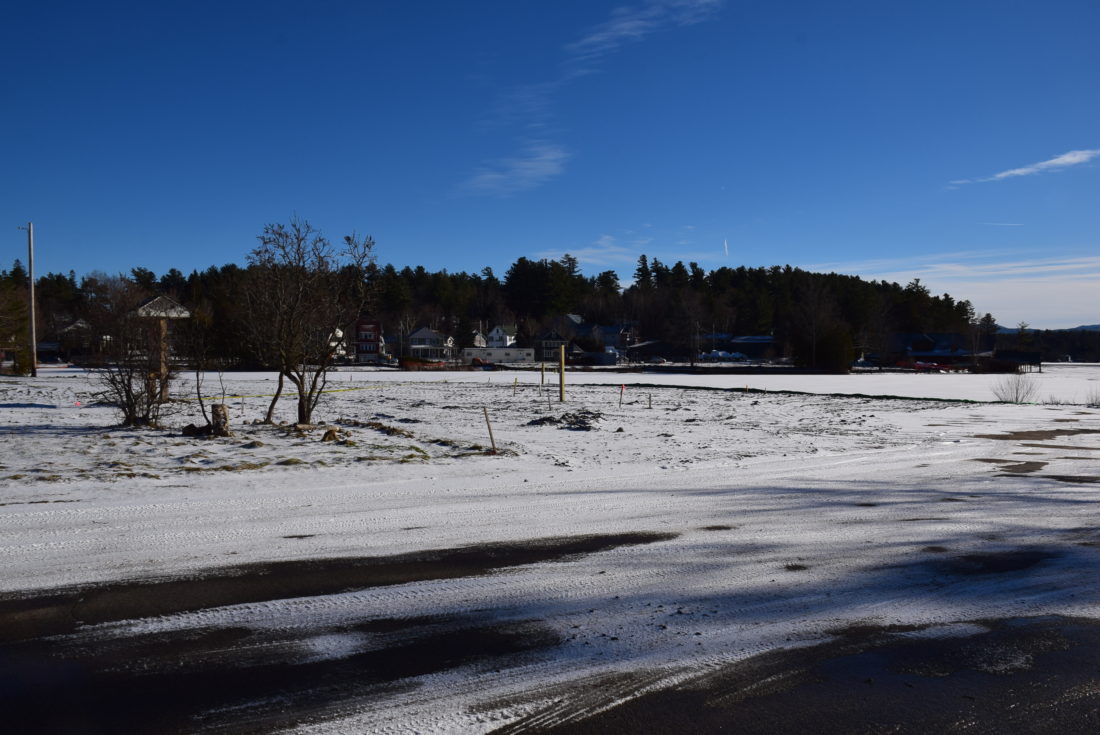 The site of the Winter Carnival Ice Palace is in rough shape according to one organizer, after a major environmental remediation project took over the site for much of 2018. (Enterprise photo — Justin A. Levine)

SARANAC LAKE — Dean Baker, who oversees construction of the Winter Carnival Ice Palace, said the building site is in rough shape after a summer-long dredging operation in Lake Flower.

“(It’s) horrible,” Baker said of the site next to the Lake Flower boat launch. “We’re asking the village to do something for us, and hopefully Mother Nature helps us with a bunch of snow, too.

“Hopefully the village can flatten it out a little more than it is because they left horrible bulldozer ridges. It’s just a mess.”

The state Department of Environmental Conservation led the cleanup operation that involved heavy machinery such as large cranes, including one on a barge that scooped silt from the bottom of Lake Flower’s Pontiac Bay. The silt was contaminated by numerous chemicals that seeped from a coal gasification plant on Payeville Lane in the first half of the 20th century.

Construction of the 2019 Ice Palace will likely begin toward the end of this month, Baker said. He wants people to be surprised by the design. He said the design is done, but people would “see it when it’s done.”

Baker said he’s checked the ice thickness in Pontiac Bay, which is currently about 8 inches.

“I want a foot before we start,” he said, adding that the palace takes about 2,500 ice blocks.

“We’re going to plan on getting today’s snow off of there tomorrow,” he said Thursday morning. “The less snow on there the better, because snow is an insulator, so we’re going to get that off. And next week looks pretty good for weather as far as being below freezing.”

The palace is built largely by volunteers, and Baker said anyone is welcome to help out.

“Once we get going, all the volunteers that want to come down, please come down,” he said.

Winter Carnival begins on Friday, Feb. 1 with a theme of “Prehistoric Park” this year.