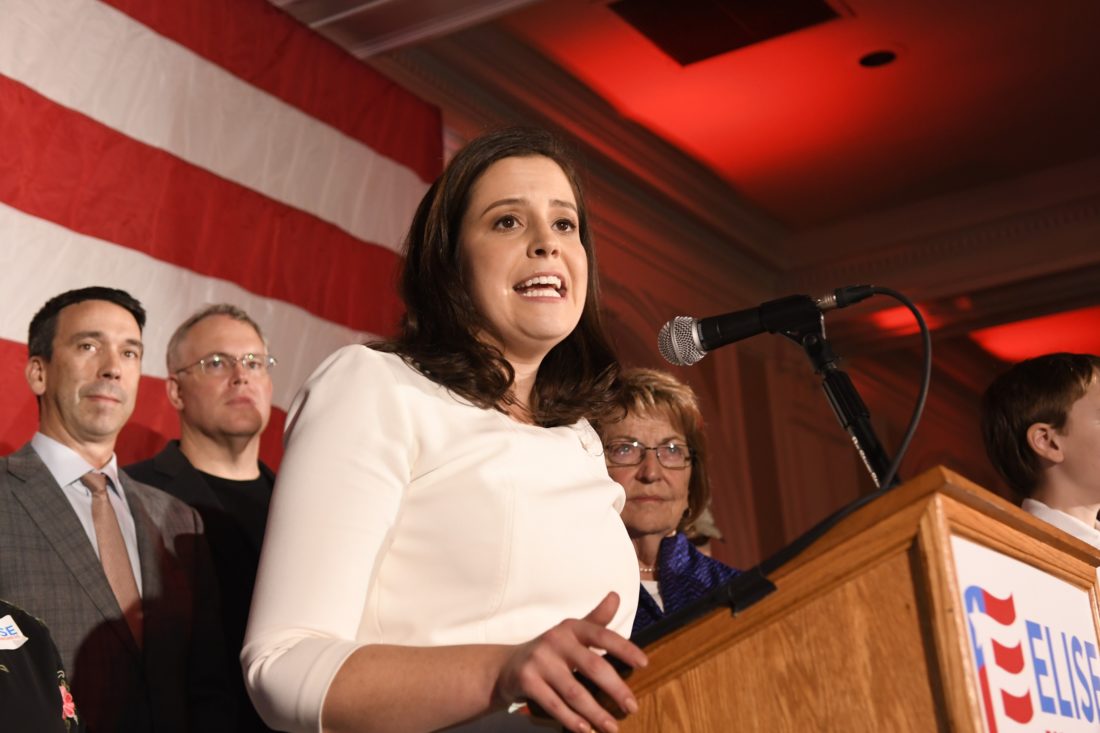 U.S. Rep. Elise Stefanik and her husband Matt Manda recently bought and moved into a house in Schuylerville, her Deputy Chief of Staff Tom Flanagin announced in an email Friday evening.

The couple’s new home in the town of Saratoga, Saratoga County, is in the southeastern corner of New York’s 21st Congressional District. Stefanik, 34, used a house her mother owned in Willsboro as her home address for the last five-and-a-half years.

She told the Enterprise in an October interview that she and her husband were under contract to buy a Saratoga County house, but insisted that those statements were off the record.

“I don’t want to politicize that, so please keep that off the record,” she said at the time.

The Enterprise staff conceded and did not report the news until now.

Political opponents have publicly doubted that Stefanik spent much time at the Willsboro house, but she insisted she did. She also said she helped her mother pay the property taxes, and that her credit card and driver’s license were registered there.

Stefanik said in October that living in Saratoga County is “a lot more convenient” because it is closer to her parents’ primary home in Albany County, which is outside her district.

Flanagin wrote in the email that the House of Representatives clerk will update the official records to list Stefanik as “R-Schuylerville” going forward, and that her family continues to own the house in Willsboro.

Stefanik, a Republican, won a third House term in the Nov. 6 election by a 15 percent margin over Democratic nominee Tedra Cobb.

She and Manda were married in August 2017 in Saratoga Springs. He had proposed to her a year before at the Mirror Lake Inn in Lake Placid.