APA likely to approve changes that would allow removal of tracks between Placid, Tupper 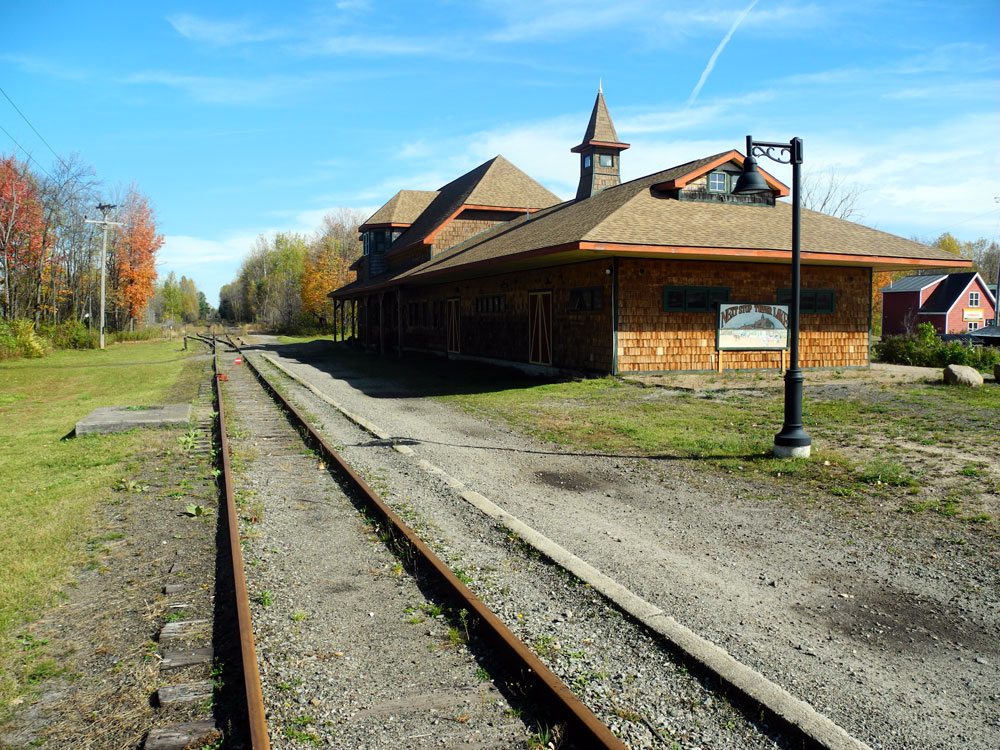 The Tupper Lake train station is seen along the Remsen-Lake Placid Travel Corridor in October 2017. A New York state plan would replace 34 miles of tracks with a multi-use trail from here to Lake Placid, and would also upgrade 45 miles of tracks from here south to the Old Forge area. (Enterprise photo — Aaron Cerbone)

RAY BROOK – The state Adirondack Park Agency is likely to approve changes to the Adirondack Park State Land Master Plan at its regular meeting this week that would allow for removal of the train tracks between Lake Placid and Tupper Lake.

The APA, at its monthly meeting in Ray Brook, is set to approve Alternative 6 of the change to the definition of Travel Corridors. The proposed change affects the Remsen-Lake Placid Travel Corridor, which is owned by the state and overseen by the state Department of Transportation.

In the last couple of years, the state DOT and Department of Environmental Conservation, with the approval of the APA, proposed removing the train tracks between Tupper Lake and Lake Placid and replacing them with a multi-use trail. The tracks south of Tupper Lake would have been upgraded for passenger service.

However, the Adirondack Rail Preservation Society — which used to operate seasonal tourist trains between Saranac Lake and Lake Placid and still does at the southern end of the line — sued over the trail plan and prevailed in court. The judge in that case found that travel corridors could not be unilaterally changed into trails. DOT would have retained ownership of the corridor, but the DEC would have managed the trail per an agreement between the two agencies.

However, in March of this year the APA proposed a change to the Adirondack Park State Land Master Plan that would allow all or part of the Remsen-Lake Placid corridor to be converted to a trail. The same rules would apply to any future rail corridors the state acquires.

APA staff considered six proposals, including a “no action” alternative that would keep things as they currently are. Other proposals would have reclassified the corridor or created a new classification that would allow a trail.

Alternative 6, the preferred alternative, allows for both trail and train use along the corridor, but leaves a lot of leeway for the DEC and DOT.

“Alternative 6 allows for railroad operation on the corridor and/or conversion of any portion of the railroad corridor determined appropriate for a rail trail, pursuant to an approved UMP,” the environmental impact statement for the proposal says. “This alternative will also allow for a rail with trail if the corridor and surrounding lands have the capacity to support that use.”

One of the previous proposals was to build a trail parallel to the tracks, but the state found that that would be impossible in many areas due to wetlands, bridges, culverts and the natural landscape.

The change would also be applied to any future rail corridors the state may purchase.

“A railroad corridor is the fee or easement lands that include a railbed for the Remsen-Lake Placid railroad and any future acquisition that may be considered for classification as a travel corridor, existing for the operation of rail cars, and/or to serve as a rail trail,” the proposed definition reads.

The change to the definition was initially approved in March this year, and the APA held three public meetings and a two month public comment period. The agency said 32 people spoke at the meetings and 583 letters were received.

If the definition change is approved, it would then fall on the DEC to develop a UMP for the corridor under a memorandum of understanding with DOT. The DEC had previously released a UMP calling for construction of the rail trail between Tupper Lake and Lake Placid.

The state of New York owns the entirety of the corridor, except for about 3,000 feet owned by North Country Community College in Saranac Lake. The college has previously indicated it would be willing to sell the land to the state for development of the rail trail.