Cobb speaks to supporters at NCCC during road trip

Tedra Cobb, the Democratic candidate for the 21st Congressional District, made several stops around the North Country over the weekend as she rounded out her campaigning before Tuesday’s election. Here she is pictured with supporters in Keene Sunday. (Photo provided) 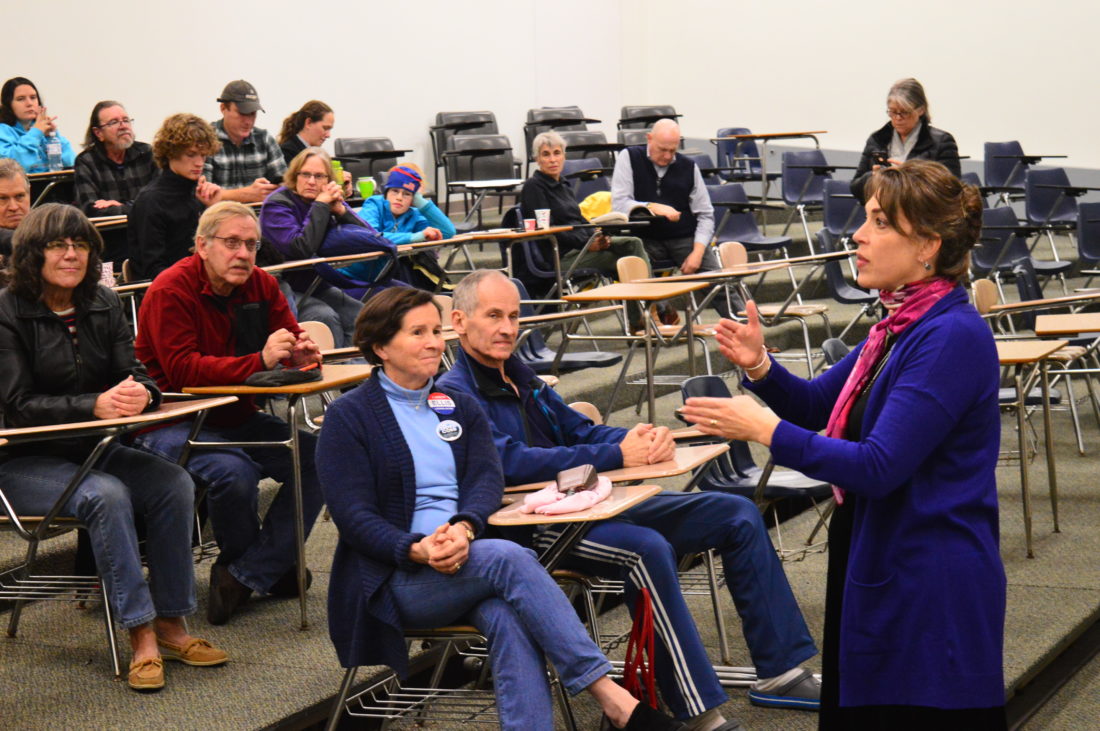 Though the event was held at the college, few, if any, college students attended. The event was more of a pep rally for the volunteers and Cobb herself as they prepared to push through the final two days of phone banking and campaigning.

Cobb had a message of not being anxious in the last days of the campaign, but turning that anxiety into love, compassion and hard work. When asked what she does to de-stress on the long campaign trail, Cobb said events like the five-day road trip keep her energized, adding that it is like going door-to-door across the district.

Starting at 7:30 a.m. on Thursday in Gouverneur, Cobb and her crew hopped in an RV and struck out across the 15,000 square-mile district. Cobb’s goal with this last election push is to have her 2,135 volunteers reach 100,000 voters.

Republican incumbent Elise Stefanik has more volunteers knocking on more doors and making more voter calls than in any previous election cycle according to campaign director Lenny Alcivar. More than 2,000 have knocked on 32,000 doors and made 400,000 calls since July. 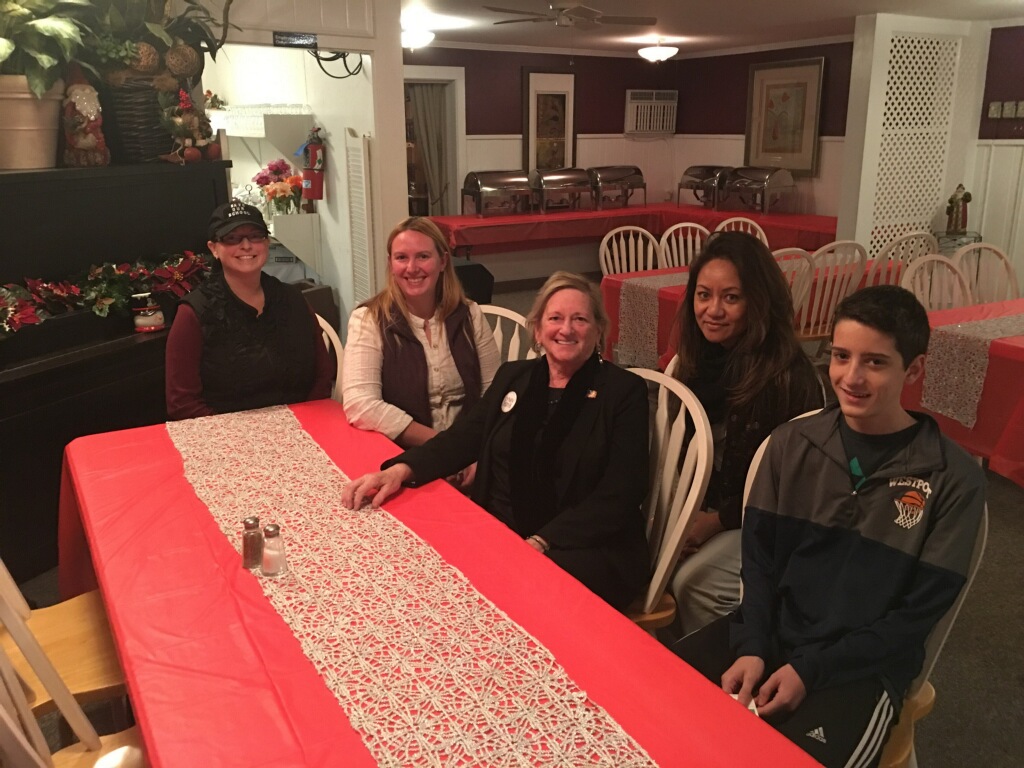 This past week Stefanik has been dropping by businesses, attending sheriff’s retirement ceremonies and attending craft and book fairs across Washington, Warren, Saratoga, Essex, Jefferson, St. Lawrence and Fulton counties.

She went door-to-door in Saratoga Springs alongside other Republican candidates for state Senate and Assembly. Stefanik plans to make stops in all NY21 districts before election day.

Green Party candidate Lynn Kahn was knocking on doors in Glens Falls over the weekend and talking with students from Westport. Today she is stopping in Schroon Lake, Keene, Saranac Lake and Lake Placid. An intercollegiate documentary team will be interviewing and filming Kahn at Origins Coffee in Saranac Lake.

On election day Kahn will vote in Schroon Lake, visit farm stores in Keeseville and organic stores in Plattsburgh, do last-minute phone banking and head to the Adirondack Pub for an election night event. 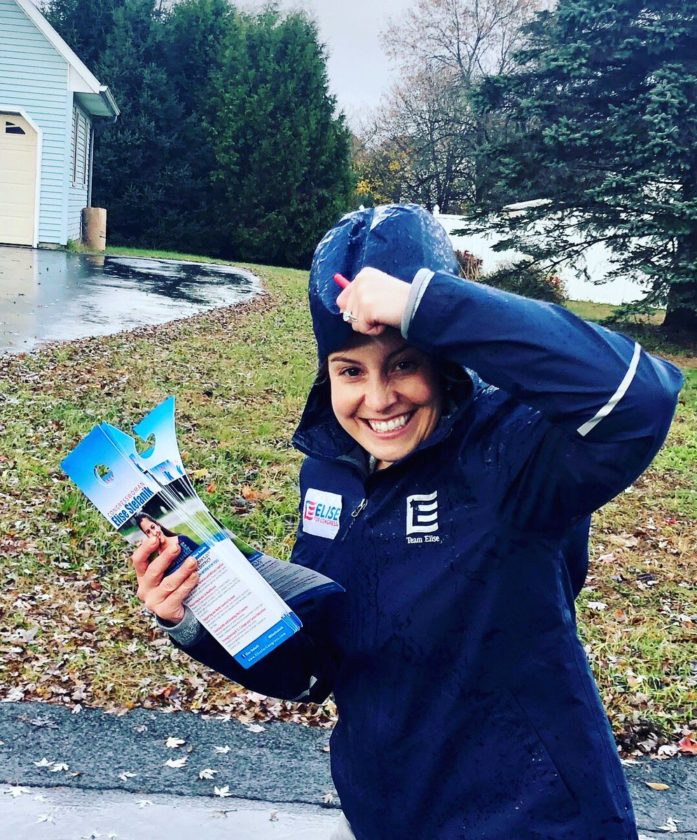 Republican incumbent Elise Stefanik goes door-to-door in Wilton to get out the vote in the last week of campaigning for New York's 21st District Congressional seat. (Photo provided) 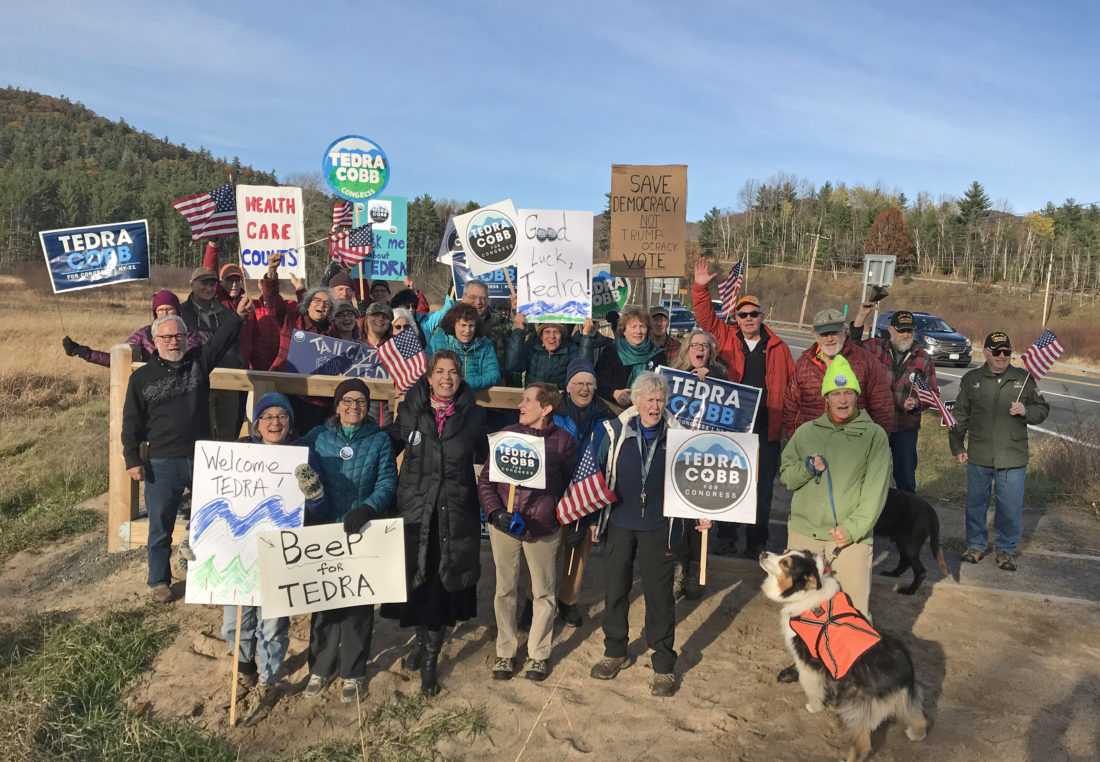 Tedra Cobb, the Democratic candidate for the 21st Congressional District, made several stops around the North Country over the weekend as she rounded out her campaigning before Tuesday’s election. Here she is pictured with supporters in Keene Sunday. (Photo provided)