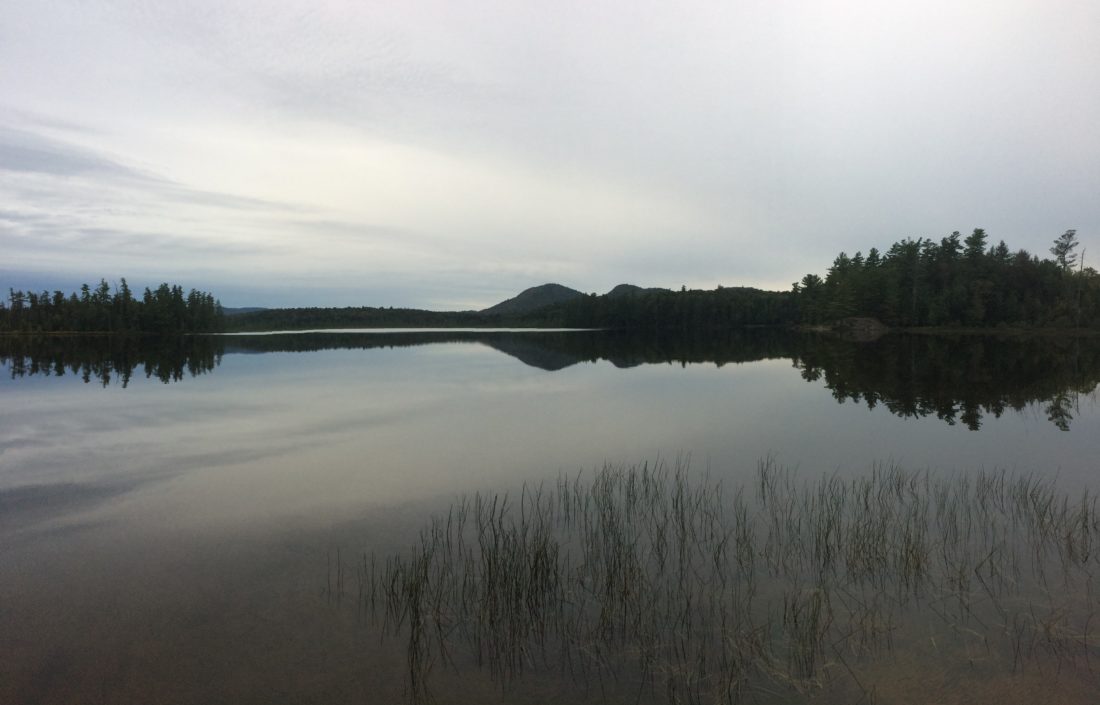 Barnum Pond, on state Route 30 north of Paul Smiths, had a suspicious HAB this year, as did several other local waterbodies. (Enterprise file photo — Justin A. Levine)

The state Department of Environmental Conservation will stop issuing harmful algal bloom notifications for the winter, but warns that HABs can still occur even as temperatures fall.

“HABs may occur on waterbodies throughout the year, although fewer blooms occur as water and air temperatures decrease,” a DEC press release said.

The DEC conducts sampling each year from May through October and sends weekly notifications on suspicious and confirmed HABs. This year, the DEC took thousands of samples on nearly 200 waterbodies around the state.

There were several HABs reported locally this year, although only one was confirmed with laboratory analysis.

In Franklin County, “suspicious” (suspected but not confirmed in a lab) HABs were reported in Lake Clear, Barnum Pond and Franklin Falls Pond, while Eagle Pond in Duane was the lone confirmed HAB in the area. Franklin Falls was also listed in Essex County, and Lake Champlain in Clinton County had numerous suspicious HABs.

This is the third year in a row that Eagle Pond had a confirmed HAB. Lake Champlain had confirmed HABs in 2016, as did Barnum Pond.

In September, when the Barnum Pond HAB was first reported, a DEC spokeswoman said the department issues warnings following any report but does not have the authority to “close” a lake or pond.

“HABs are likely triggered by a combination of water and environmental conditions that may include excess nutrients (phosphorus and nitrogen), lots of sunlight, low-water or low-flow conditions, calm water, and warm temperatures,” DEC spokeswoman Erica Ringewald wrote in an email in September. “Depending on the weather and the characteristics of the lake, HABs may be short-lived (appearing and disappearing in hours) or long-lived (persisting for several weeks or more).

“People should avoid drinking the water and recreational activities such as boating and swimming. DEC recommends that both people and pets avoid contact with blooms.”