Woodworth prepares to pass the torch 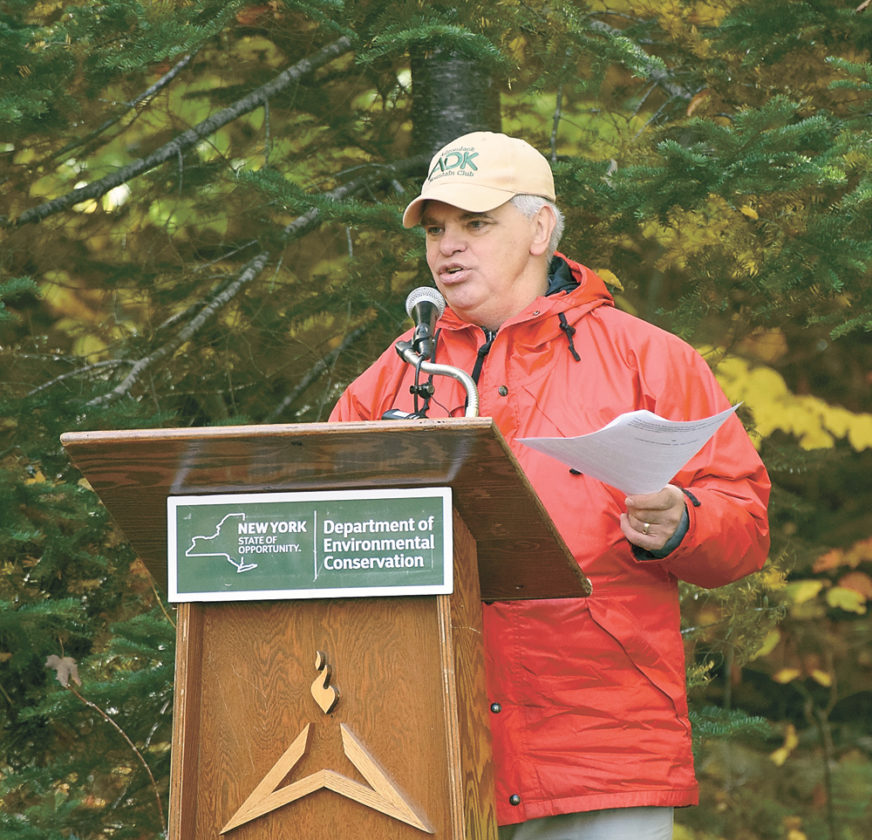 Neil Woodworth has spent the better part of three decades working for the Adirondack Mountain Club, and as the club reaches milestone after milestone, Woodworth is now seeking his own replacement.

As the executive director and lead counsel for the 30,000-member group, which also goes by the letters ADK, Woodworth’s law background has helped him guide it through some tumultuous times in the Adirondacks. But with his wife retired and their kids and grandkids spread around the country, he said the time has come for him to spend more time with family.

That doesn’t mean that Woodworth is hitting the exit just yet. Due to the complex nature of the ADK, he and a search committee hope to have someone hired well before Woodworth’s planned exit at the end of 2019.

“It’s going to be no sooner than 15 months,” Woodworth said. “It’s not immediate. I’m not retiring any earlier than the end of 2019. If, due to a delay in hiring my replacement or we’re dealing with a major legislative or legal issue, if I need to stay on to handle that issue, that will extend my employment.

“That’s what my wife would like. She’s already retired to our home in Wanakena on Cranberry Lake.” 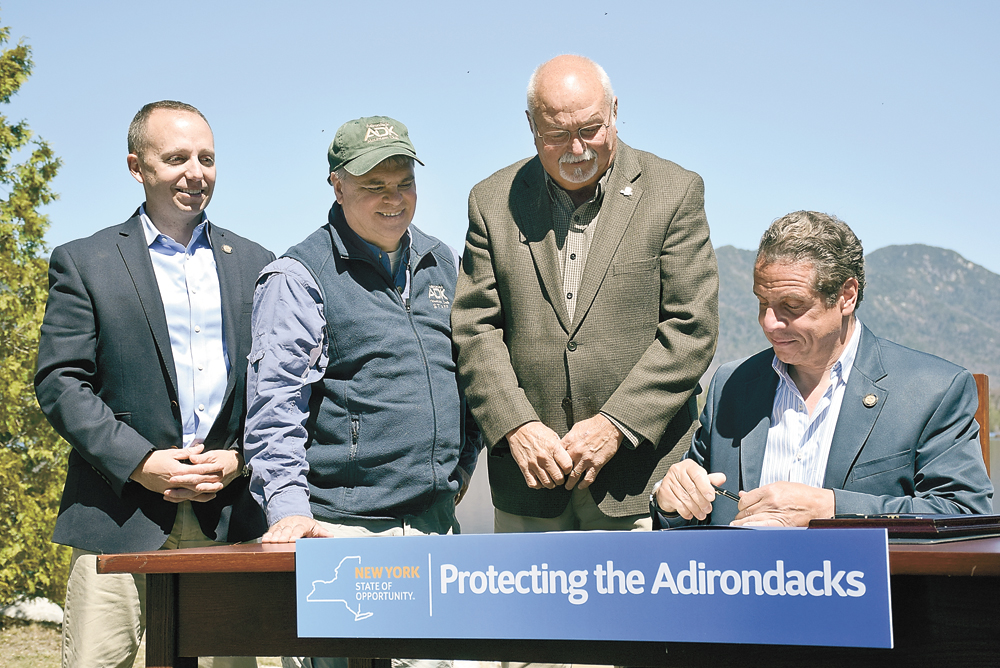 Although Woodworth has been ubiquitous at Adirondack functions for years, he didn’t start out in that role.

Woodworth said he and his wife Holly would like to have more free time, but he also has no plans to leave the ADK for good.

“There’s things that Holly and I want to do together, like travel abroad [and] see our grandchildren more frequently and basically just have more free time,” he said. “Holly and I are both avid hikers and paddlers, and we like to backpack to remote places in the Forest Preserve. We’re looking to do more of that.” 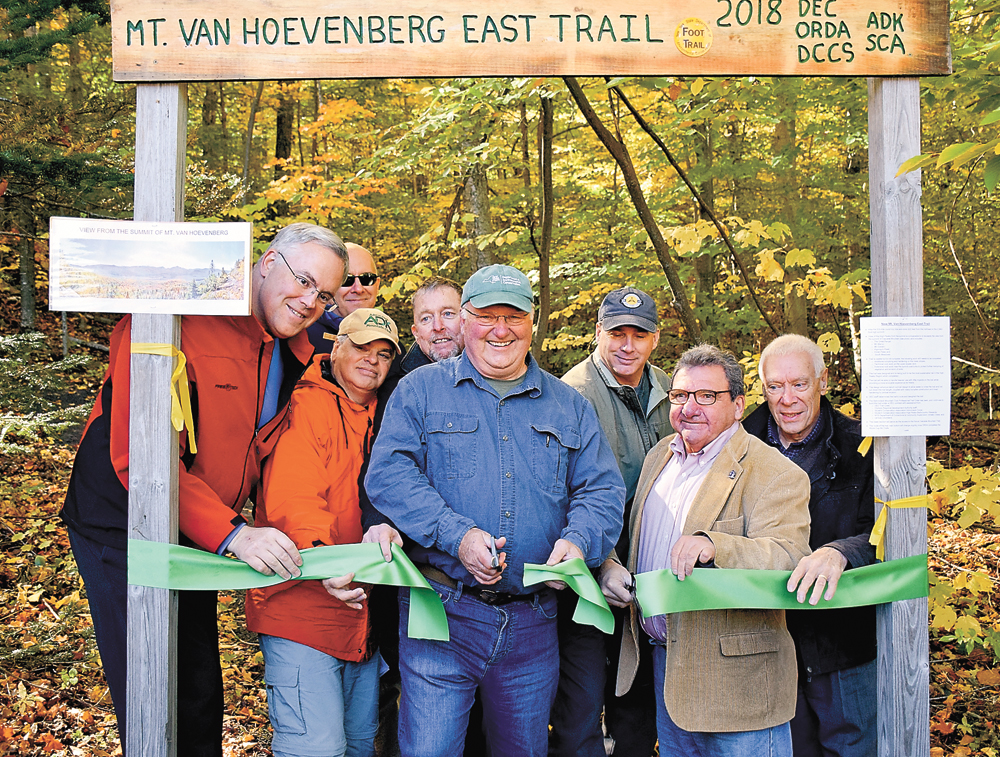 Woodworth said the ADK is looking for someone who also has a legal background and can practice in New York. He said his law degree has served the ADK well, and the search committee feels that is an important skill set for the new director to have.

“We’re going to be looking for someone who has my advocacy skills, legal knowledge [and] the ability to bring a lawyer’s training to legislative issues before the DEC [state Department of Environmental Conservation] and Adirondack Park Agency,” he said. “We have been involved in many, many issues involving different kinds of plans, from the Forest Preserve in the Adirondacks and Catskills to big state parks like Letchworth and Allegany and Sterling Forest.”

These are “all issues or battles where it really helps to have a lawyer’s [skills],” he said. “My background was as a litigation lawyer — who did appeals, motions and trials. I think the club believed that’s a good background in anybody who takes my place.”

Due to his delayed planned departure, Woodworth said any replacement will be guided through at least several months of day-to-day operations, meaning that the new director could be brought up to speed on Adirondack issues if they’re not already familiar.

“Obviously we’re going to look for somebody who has that knowledge,” he said. “But we’ve provided for at least a year of overlap, or more if that’s necessary. In other words, we’re not going to hire somebody and then two or four weeks later I’m walking out the door.

“The volunteer leadership of the club, they’ve determined that they want a long overlap so that I can impart the knowledge that I have: my contacts and relationships in government, and the strategy that I use to shape up a campaign.”

Woodworth said promoting from within is possible, but the criteria may lead to an outside hire.

The Adirondack Forest Preserve has expanded with state land acquisition during his time at ADK, and the number of visitors has increased, too.

“We’ve had spectacular acquisitions, like the land around Henderson Lake and Tahawus, the Whitney tract in the town of Long Lake, and of course the Finch-Pruyn purchase,” he said. “I think the strategy was to get the land while we could and focus on making sure the land was either protected by conservation easement or safely protected by the state constitution.

“And then we have tried and are trying to get the resources to protect all that land. We’re still working to increase the number of forest rangers because all that land and conservation easement acquisition really puts a strain on the state forest ranger force, and other people within the DEC like the foresters.”

But despite a recent push by local governments and the union that represents rangers, Woodworth thinks the biggest issue facing the Adirondacks comes from outside the Blue Line.

“I think the issue of climate change is probably the biggest issue,” he said. “And associated issues like invasive species or changes that are brought about by the change in climate.

“A good example is the increasing proliferation of ticks, and especially winter ticks, the kind that can kill a moose if the infestation is bad enough. Right now, we are losing the battle to keep the percentage of carbon in the atmosphere to a safe level. We’re not doing well, and proposals that have just come out of Washington … are a massive step backward.

“If that’s our future, the Adirondacks will be changed greatly.”

Although Woodworth is concerned with the climate and invasive species, he thinks he’s leaving the ADK in a good position as he eyes the exit.

“The club has had a lot of growth in membership; we have more resources today than we’ve ever had in terms of our budget,” he said. “We have a strong trail construction and maintenance program that fields crews for many weeks each year in the Catskills and Adirondacks. We have a Summit Steward program that’s reached half a million hikers. We have publications and maps that have guides for all portions of the Adirondacks and Catskills, and many other portions of New York state.

“We have used that maps-and-guides line to introduce people to places in the Adirondacks that aren’t the High Peaks to try and spread out use. I think we’ve been very effective in Albany, building up the Environmental Protection Fund,” he continued. “So I think we’re an organization with statewide clout. We get involved in issues other than the Adirondack Park.”

DEC Commissioner Basil Seggos said in an email that Woodworth had left a positive mark on New York.

“During his nearly two decades with the Adirondack Mountain Club, Neil Woodworth has been a valued partner and a true champion for the Adirondacks, effectively promoting Leave No Trace principles and supporting the State’s efforts to encourage sustainable tourism and recreation that both celebrates and protects this irreplaceable natural resource for future generations,” Seggos stated. “Neil’s knowledge and insight have helped shape some of New York’s most vital conservation policies.”

Woodworth is also able to look back on his tenure with a sense of accomplishment.

“I think that I have brought a culture of financial stability, which I didn’t accomplish alone,” he said. “That’s been a goal of mine. We’re up to more than 30,000 members and supporters. I think that I have been an aggressive advocate for wilderness and wild lands and waters.

“I have not hesitated, when I’ve had to, to take my litigation and legal skills into the court room to protect wilderness, lakes and lands.”

Woodworth also said that even after he retires, he will remain active within the ADK.

“Probably, even after I formally retire and am off the payroll, I’m going to be active on the Adirondack Mountain Club’s conservation committee [and] volunteer programs. My wife and I are lean-to adopters and trail maintainers, and we will certainly stay active doing that.”