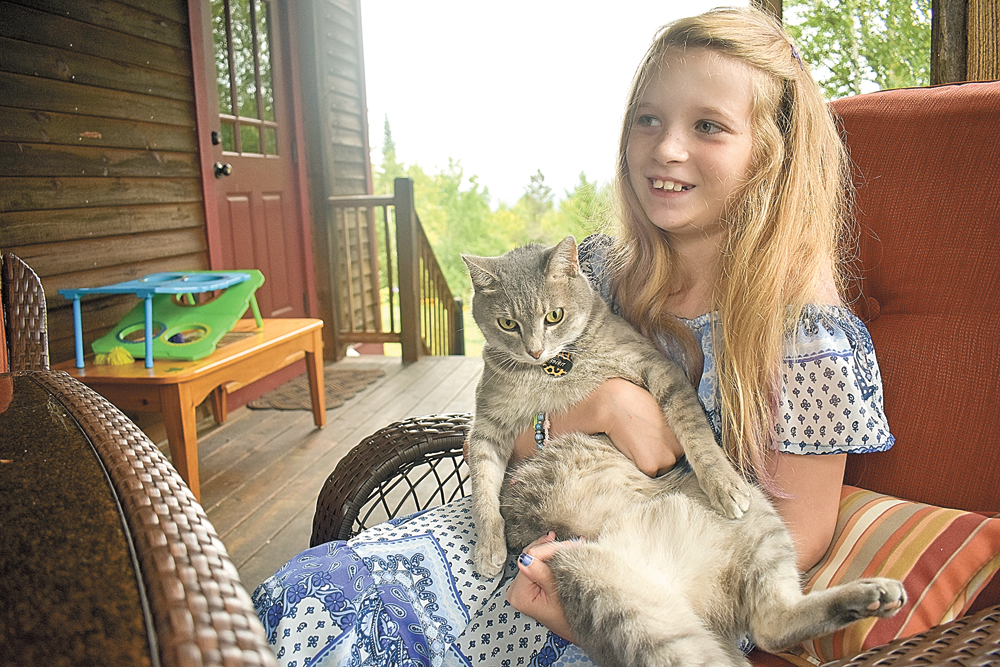 SARANAC LAKE — The Kawasaki Mule 5x Side-by-Side utility vehicle sat in the garage. There was a little bit of dirt on the tires and a pair of worker’s gloves in the flatbed. It looked clean and tough. Eleven months ago, though, it was in a much more mangled condition.

Its passengers were far worse.

After the crash, doctors told Cynthia and Pete Van Dien that their 9-year-old daughter Hailey would never wake up.

Pete and Cynthia were at work on Sept. 25, 2017. Pete works in the radiology department at Adirondack Medical Center in Saranac Lake, and Cynthia is a financial planner at the Ameriprise office on Broadway. The Van Diens had just moved to a 60-acre farm in Malone. Pete described it as a “dream home.”

Hailey and her older brother PJ, who was 15 at the time, wanted to take the UTV their father had recently purchased for a ride. 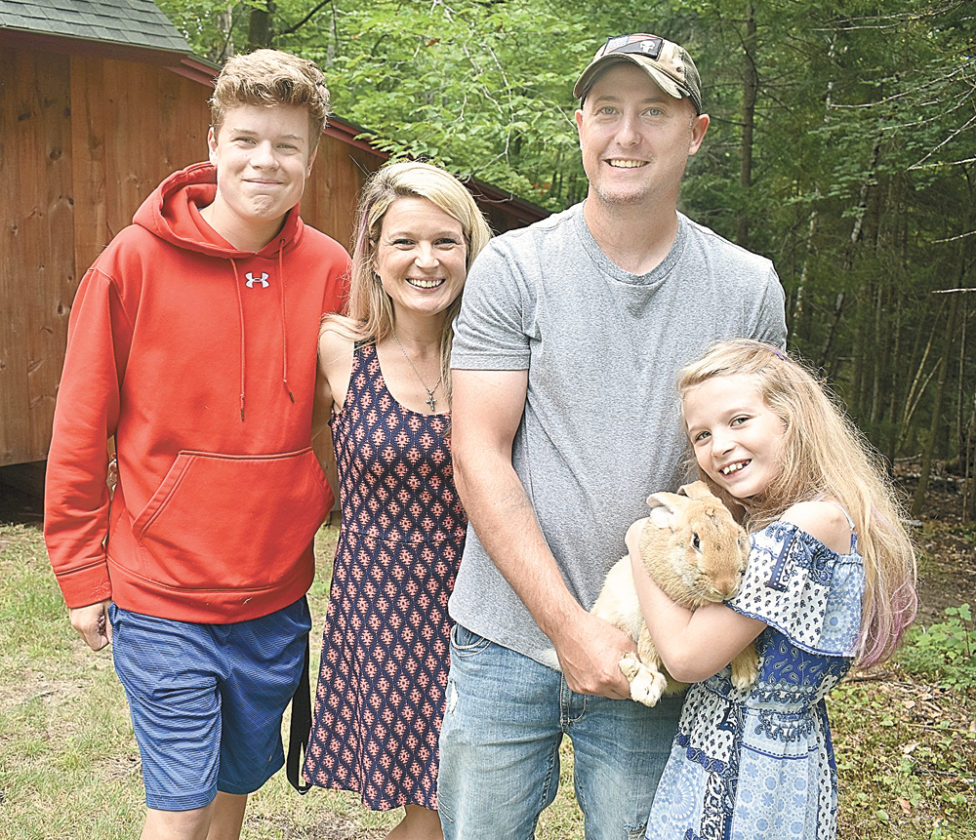 “We looked everywhere for the keys,” Hailey said in a subdued voice.

Pete actually had wrapped the keys inside the warranty papers and hid them in a filing cabinet.

The brother and sister found them.

“We thought it was fun,” Hailey said, “but we didn’t know the consequence if we hit something.”

PJ and Hailey hopped in without fastening their seat belts. They drove down the hill on their property, Hailey said, and when PJ went to hit the brakes, he accidentally put his foot on the gas and crashed into a tree where the road Vs. Hailey couldn’t remember how fast they were going, but Pete said the UTV can’t go much faster than 20 miles an hour. 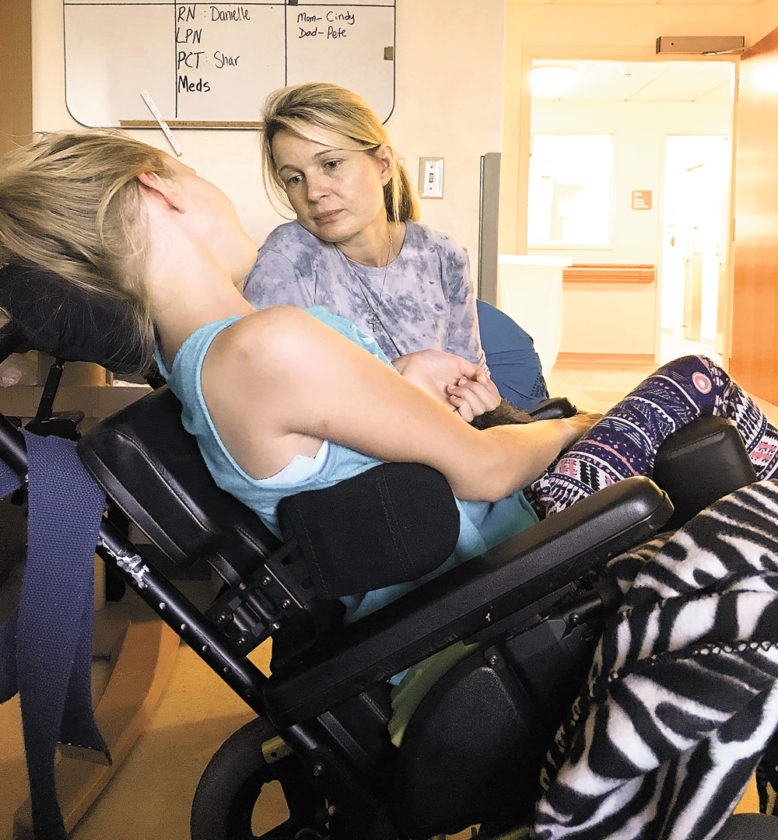 The two were knocked out. When PJ came to, he managed to drive Hailey to a neighbor’s home across the street. While the neighbor called for an ambulance, PJ took his sister out of the UTV and began performing CPR.

After the parents got the phone call no parent ever wants to get, Pete and Cynthia drove to Alice Hyde Medical Center in Malone, where PJ and Hailey were taken. Cynthia prayed.

“Nobody told me how she was,” Cynthia said, “so I had a feeling it was pretty bad. I just remember trying to wake up because it felt like a really crazy nightmare.”

As Cynthia and Pete drove to the hospital, they saw a North Country Life Flight helicopter arriving to take their daughter to a trauma center in Vermont.

“That’s when I knew how real it was,” Peter said, “but it was good because it meant someone was alive.” 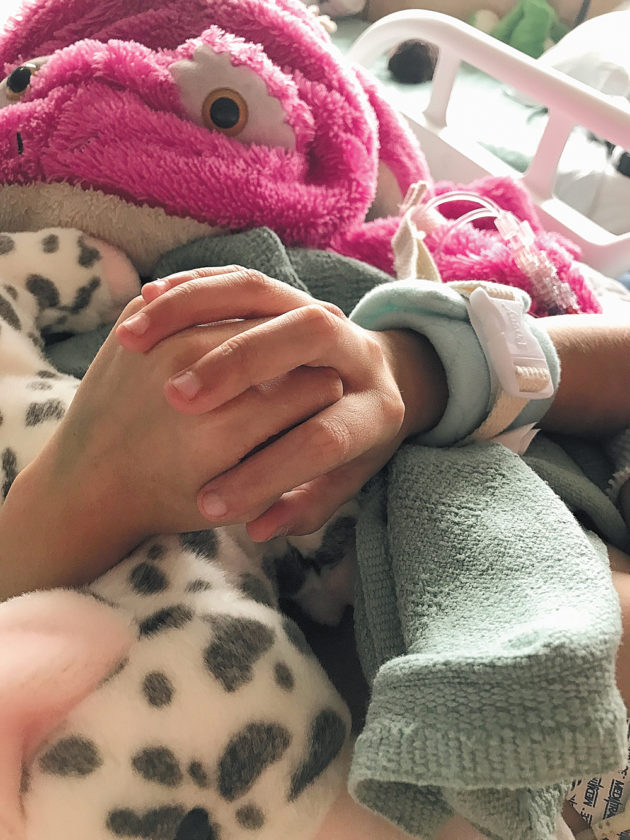 When they arrived, the parents weren’t let in immediately to see their daughter.

“I think they were afraid of what we’d see,” Pete said.

PJ was there waiting.

“His eye was pretty puffed out,” Cynthia said, “and he was bleeding. He just kept saying he was sorry.”

Cynthia then made her way closer to Hailey’s room. 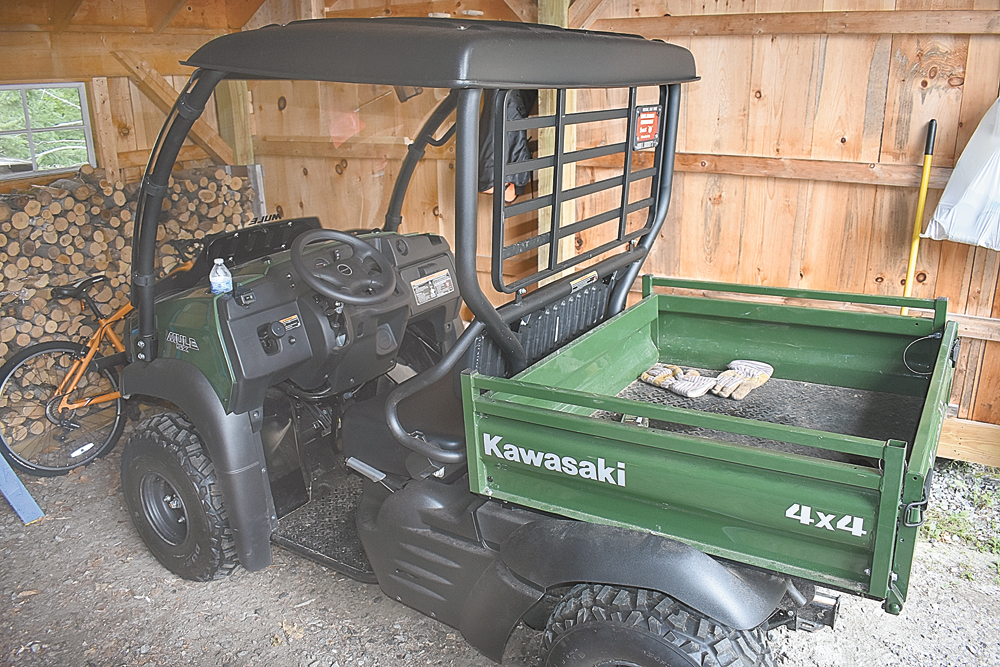 “This is an image that will stay with me forever,” she said. “I saw [Pete], sitting on the floor with his head in his hands, and I thought she was dead.”

At this point in the interview, things got a little too much for Hailey. She began to cry and walk away. Her mother gently grabbed her hand and said, “I’m sorry, sweetie. It’s OK.”

Despite nervous anticipation, when Cynthia and Pete first saw Hailey, she didn’t look too banged up, her parents said.

Cynthia added, “She had nothing superficial. There was a small mark on her forehead.”

Cynthia and Pete were only in Malone for about 15 minutes before Life Flight transported Hailey to the University of Vermont Medical Center in Burlington.

Hailey suffered from a diffuse axonal injury, a brain condition in which trauma forms lesions in white matter tracts across large areas. White matter is the part of the central nervous systems correlated to learning and communication between different sections of the brain. A diffuse axonal is a common but serious form of brain trauma. It can cause unconsciousness, comas and a vegetative state. And that’s what happened to Hailey.

She was capable of making random movements with the right side of her body — an arm raise, a leg jerk, a face twitch — but nothing with any real conscious effort. This was only on her right side, too. The left side was numb.

“Every morning, they would come in and say, ‘Hailey, wiggle your toes. Hailey, clench my hand,'” Cynthia said, “and at one point I just wanted to slap someone.”

Pete added, “It was their regular poking and prodding, looking for any sort of brain activity.”

First Hailey was put into a medically induced coma, but when the doctors took her off the medication, she still didn’t wake up. Doctors said they expected Hailey to have a feeding tube, a tracheal tube and to live her life in an institution.

Her parents barely left her bedside.

“We’d talk to her like she was listening,” Cynthia. “We painted her nails and did her hair and watched TV and played music for her.”

Shortly after the conversation with the doctors, Hailey coughed out her breathing tube. It was a rough situation, but a good one. It meant Hailey could breathe on her own. Later she was transferred to Sunnyview Rehabilitation Hospital in Schenectady.

On Halloween, 36 days after the accident, while Pete and Cynthia watched “How to Train your Dragon,” Hailey’s lips started to move. Pete leaned in close and asked what she was trying to say.

Hailey couldn’t remember much from her time before she woke up, aside from one dream.

“I had a dream that I was in the same hospital bed in the same room, telling my dream parents that they weren’t real,” Hailey said. “and my other parents needed me.”

Though waking up from the coma was a beautiful moment, the next steps were arduous and nasty.

“It’s an abusive process between the hitting and the swearing and the spitting,” Pete said. “They go through these weird, angry phases. People tell you ahead of time that it gets worse before it gets better.”

“She was mean,” Cynthia said. “I got punched in the face. She was swinging and biting.”

Cynthia took some photos of Hailey in rehab and physical therapy, but she took more videos to document Hailey’s progression for loved ones and families.

One video shows Hailey lying on a bed and then sitting upright for one of the first times after the crash. As her body falls back down to the mattress, her parents and hospital staff clap and cheer and say “good girl.” Another video has Hailey learning to brush her teeth again. She remembered she has to spit once she’s done, but instead she spits on her arm and the floor instead of in the cup a nurse was holding. In another, Hailey learns to walk again. She’s clinging to a handrail, moving forward with her right leg while a nurse picks up her dragging left leg. Having to relearn basic movements and functions created a frustrated and exhausted look on Hailey’s face; nevertheless, her progression always garnered cheers and happiness.

“She skyrocketed,” Cynthia said. “The doctors had this really slow progression mapped out for her, but she was just too quick.”

After the accident, the Van Diens couldn’t remain on the farm in Malone.

“It was based on Hailey’s medical needs,” Pete said. “Doctors requested that she go back to school in Saranac Lake where everything is familiar — where the scenery, the town and the people are familiar. She needed that because she had to relearn everything.”

It’s nearly a year later, and Hailey has bounced back. She does what 9-year-old girls do. She goes to school, she plays video games with her brother, she takes care of her pets: a guinea pig, a chameleon, a brood of chickens, a bunny, a dog and a cat named Spirit.

Though the crash was tragic, Pete and Cynthia try to refrain from being overprotective.

“We always tell her to grab the railing when walking down steps,” Pete added, “but we really don’t want to be helicopter parents.”

Damage can last a long time they said. Yes, physically, but also emotionally.

“Nobody comes out of this unscathed,” Cynthia said.

At his job in the hospital, Pete will occasionally intubate patients and help them breathe. The squeezing-puffing noise reminds him of when he had to do it for his daughter.

“Everything seems normal,” Cynthia said, “but we’re all healing.”

The crash put everything into perspective, Cynthia and Pete said.

“We don’t put things off anymore,” Pete said. “We make time for family. We take vacations. We don’t take things for granted. I used to work so much, and anything extra in our lives, I would just say, ‘Maybe next week,’ but it’s not like that anymore.”

Hailey will celebrate her 10th birthday at Kate Mountain Park in Vermontville on Sept. 3.

She chose the theme herself — Secret Garden Butterfly Party.

ALBANY — New Yorkers are expected to get the most independent review to date of the thousands of COVID-19 deaths ...

As Congress negotiates the second stimulus package in Washington, local school districts are banking on an infusion ...