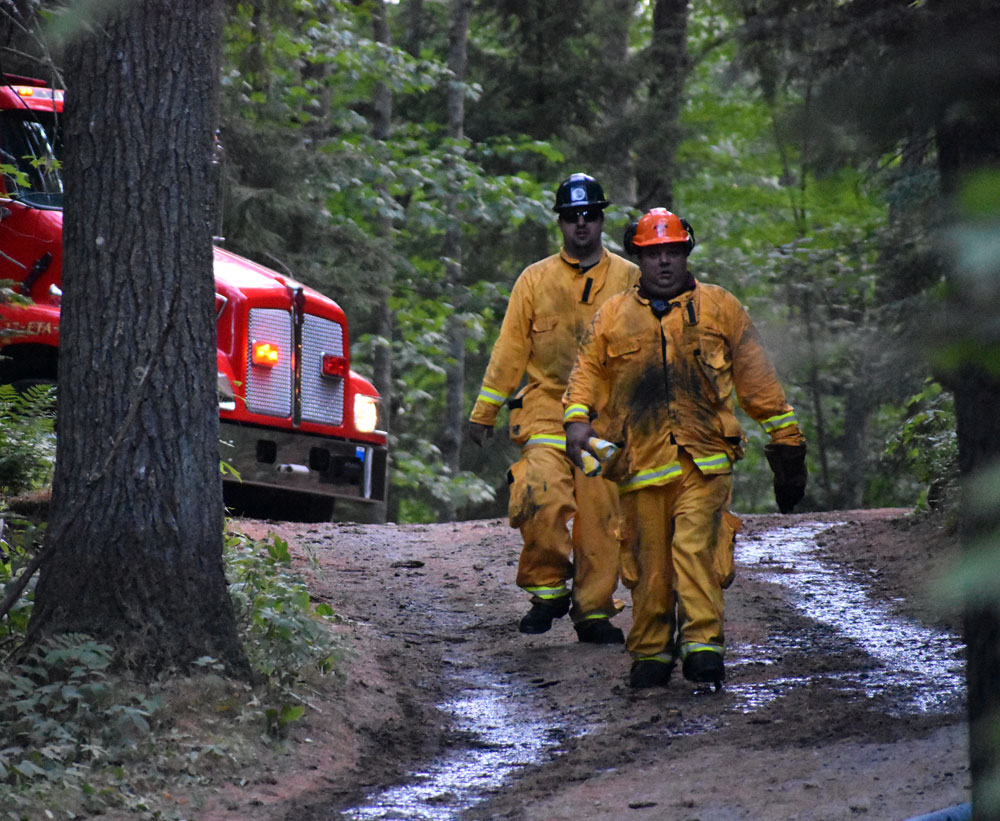 ONCHIOTA — A day after a wildland fire in this hamlet, fire crews, state Department of Environmental Conservation forest rangers and Moriah Shock Incarceration Correctional Facility inmates are on the scene.

“We call it a mop-up,” said Tim Williams, chief of the Bloomingdale Volunteer Fire Department. “It’s basically to make sure the fire is completely out.”

The fire occurred on Eskerview Road, a private road in Onchiota in the town of Franklin. It is off of Meenahga Mountain Road, which is also private. Williams said the fire started at about 2:40 p.m. Sunday because of downed National Grid power line.

The blaze lasted a few hours, and the fire crew was back in service at 8:30 p.m.

The fire blazed in a roughly 2-acre area, according to Williams.

“Half was in a wooded area and the other was in I guess what you would call an open field area,” he said.

Though the roads leading to the scene are private and narrow, Williams said it wasn’t difficult to reach the fire.

“We set up a draft point at the nearby pond,” he said, “so we were able to pump plenty of water.”

Williams said there no injuries or property damages were reported.

National Grid Spokesperson Virginia Limmiatis said effects of the weather caused a tree to come down on a group of overhead power lines. This also caused 118 customers to lose power from 12:45 p.m. to 8:30 p.m.

“We try to keep trees a safe distance from our overhead lines,” she said, “but sometimes effects of the weather can create problems.”