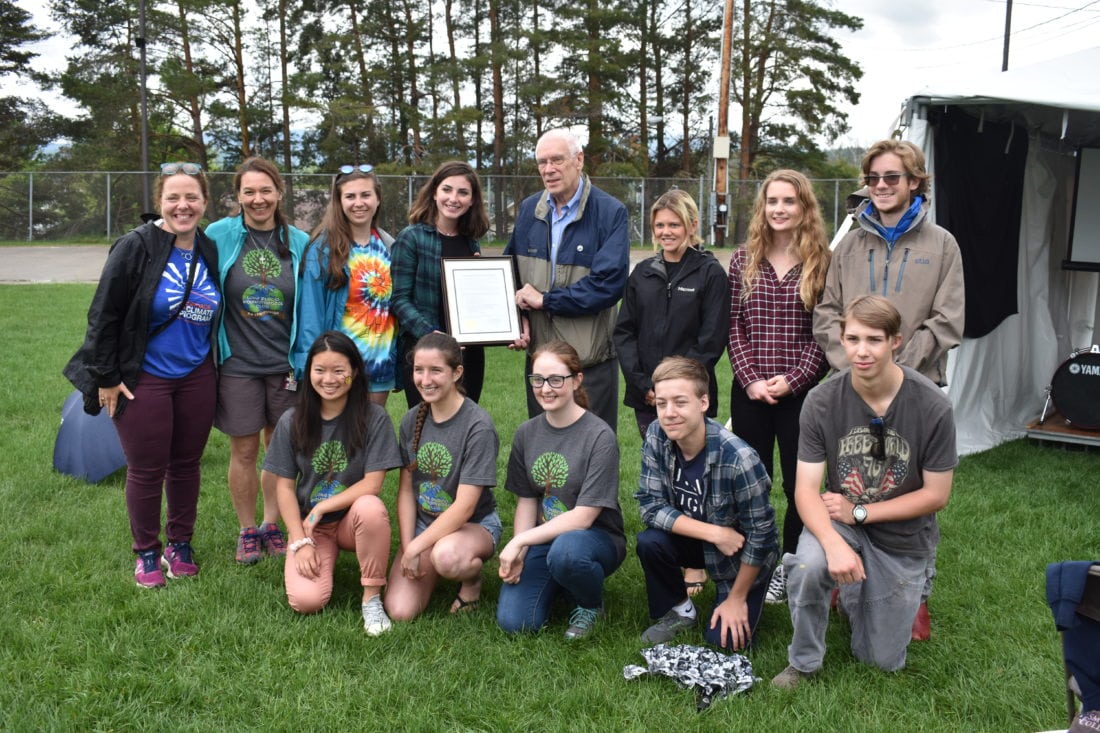 He announced it at Sunday’s event, but during Monday’s village board meeting, Mayor Craig Randall signed a commitment for Lake Placid to be an official “climate smart” community in the state of New York, meaning the village will work toward reducing its carbon footprint and providing sustainable energy and resources.

“This park is growing,” Randall said Sunday. “Many more visitors are coming to the Adirondack Park than ever. They’re coming here because its a clean, safe – and I might add – attractive climate for recreation.”

Randall then read a comment from state Department of Environmental Conservation Commissioner Basil Seggos: “Climate change is the defining issue of our generation. On behalf of the [DEC] and the Climate Smart Communities program, I thank the village of Lake Placid for its leadership and commitment to reducing greenhouse gas emissions and the ongoing efforts to prepare this community with the effects of climate change. Your work is helping to protect area residents and safeguard our environment for future generations.”

These commitments were influenced by the Lake Placid Middle-High School Environmental Club, which also organizes the Shin Dig. The club conducted a study recently and did a presentation Saturday on how to power Olympic facilities with natural resources. The club found that a solar farm about half the size of the Heaven Hill Farm could provide sufficient power to Olympic venues year-round. 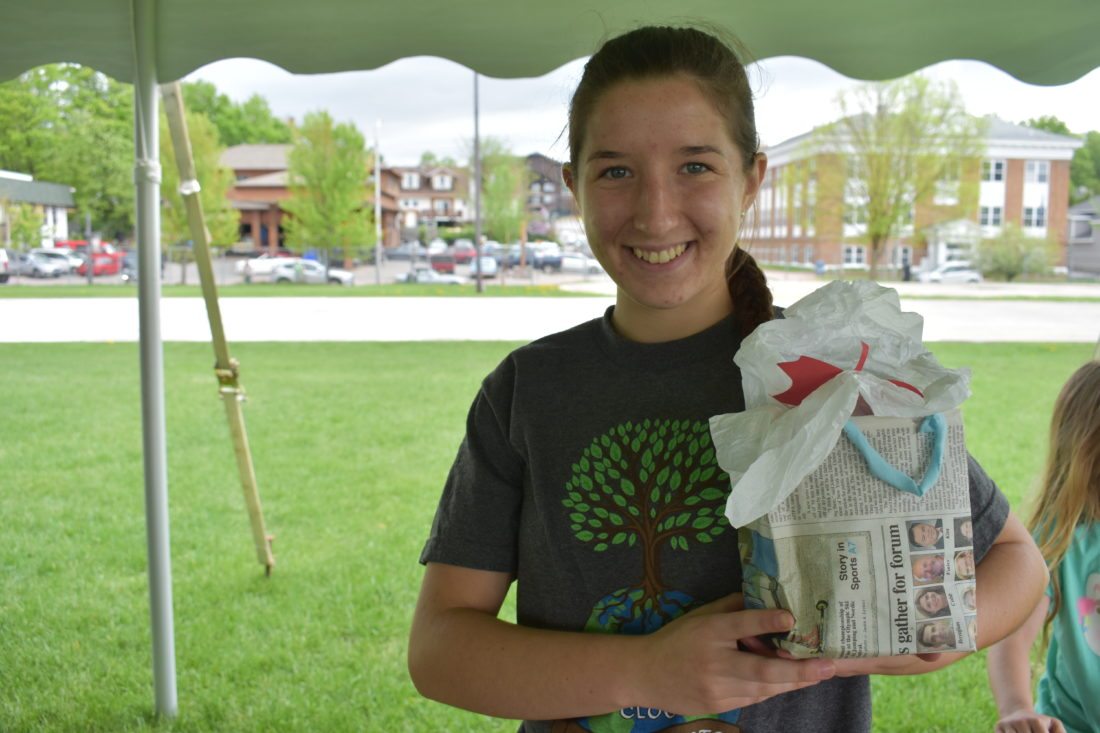 The Big Green Shin Dig started a few years ago as more of a musical event with local bands and musicians being the focus. There’s still music, but this year, the Shin Dig highlighted its farmers market and local businesses.

“We use 100 percent organic flour,” Dan said, “We use flour exclusively from Champlain Valley Milling, which had a new operation open up in Willsboro. Our carbon footprint for getting the flour decreased because they moved. I feel like our breads are becoming more and more ecologically sound in the ways that we source our ingredients.

“There’s nothing more environmentally friendly than supporting a local farmer and getting your food from as close to you as you can,” he said. 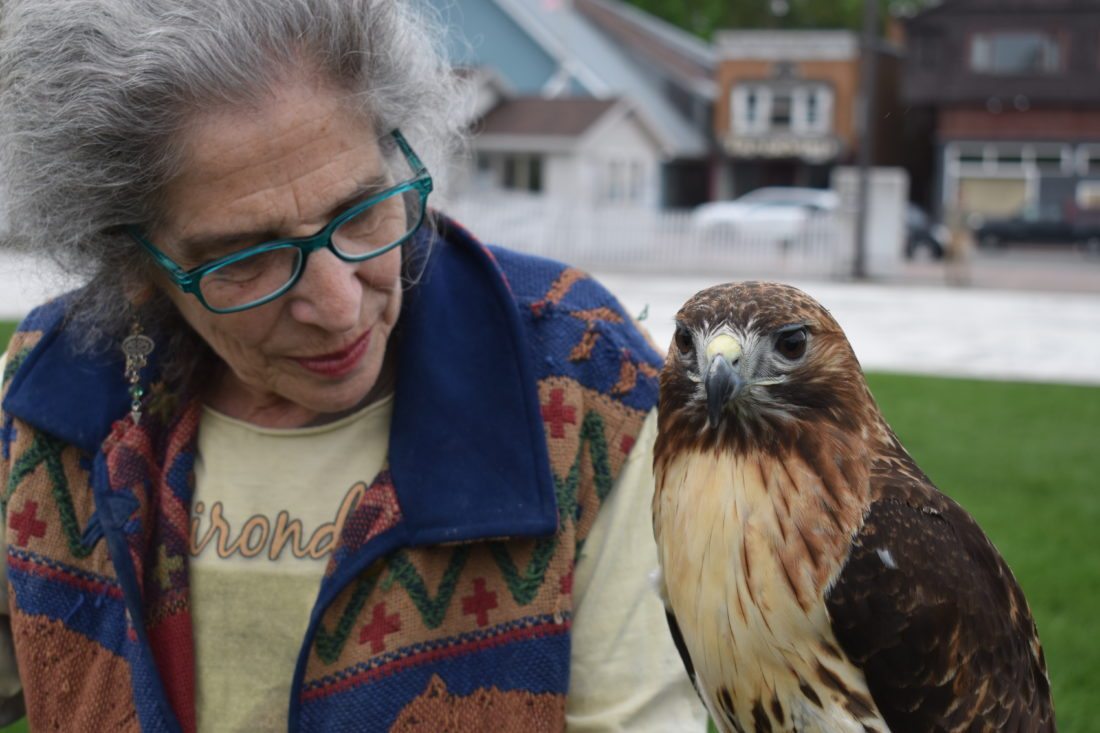 “I really love cosmetics and makeup,” she said, “and when I started taking AP Environmental Science, I started realizing how bad the cosmetics industry is and how much chemicals they put in all of their products that are really bad for you. I figured this would be a good way for me to dive into the all-natural cosmetics world.”

Jasmine Zhang showcased her project where she promoted all-natural Humble Brush toothbrushes made from bamboo and paper rather than plastic and rubber.

“These are significantly better for the Earth because bamboo biodegrades in a few months whereas plastic takes, like, a lot of years,” she said. “Its just to be self-conscious of the little things we do, like brushing our teeth.” 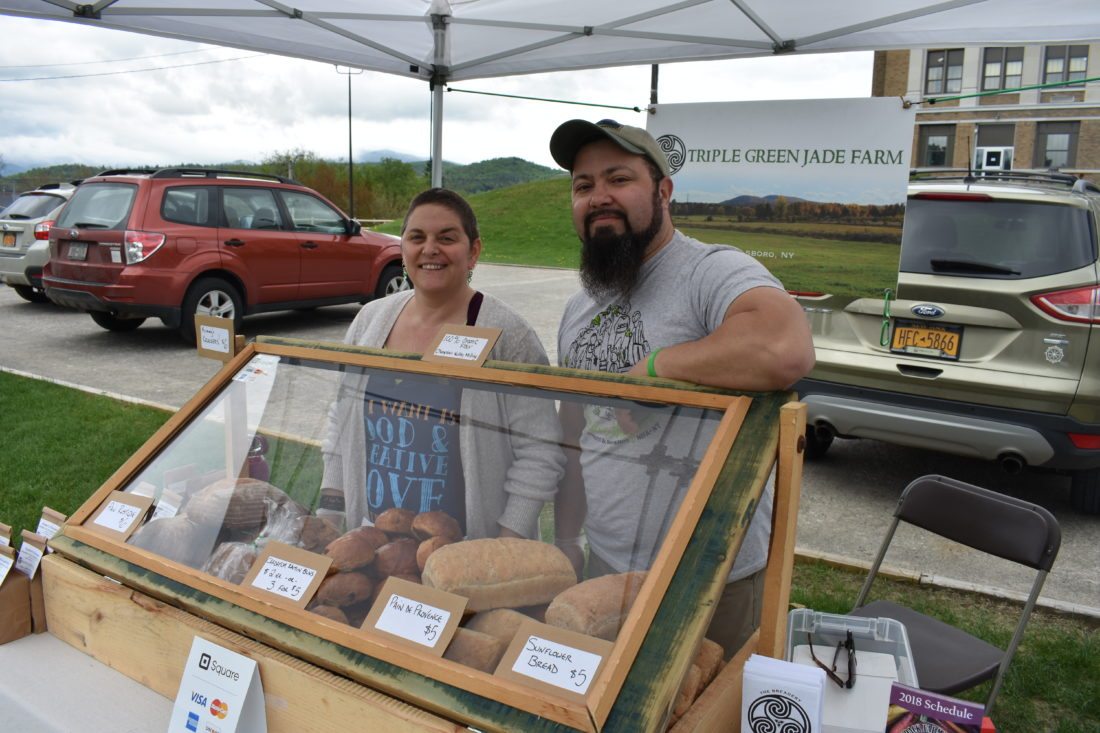 Morin Bissonette wasn’t selling anything because her project was more about charity and recycling. Bissonette went to North Branch Farms in Saranac and gleaned 184 pounds of tomatoes. Gleaning is when you harvest crops that are edible and taste normal, but farms just aren’t going to sell them because of aesthetics.

“They’re called ugly crops,” she said. “It just doesn’t look right. You cut it up, it tastes the same. People are going to buy the ones that look good, so farmers don’t even take the time to pick them.”

Bissonette then took all the tomatoes and made 48 containers of sauce and donated them to the school district’s backpack program, an initiative that provides food and school supplies to financially insecure students.