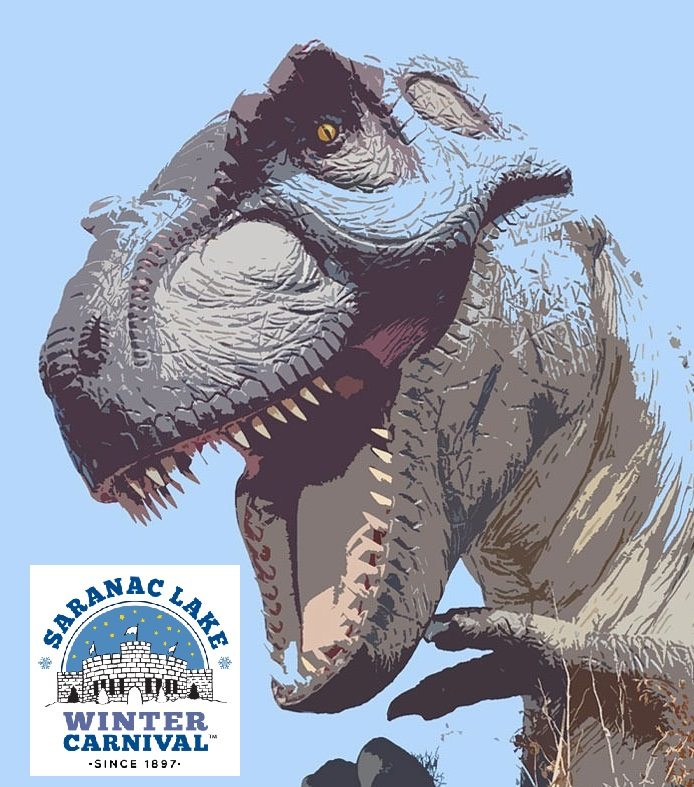 SARANAC LAKE — Dinosaurs and cavemen didn’t live at the same time, really, but they will at next year’s Saranac Lake Winter Carnival. From the Ice Age to the tropical Triassic period, it’s all fair game for costumes and floats.

Members of the Saranac Lake Winter Carnival Committee have chosen “Prehistoric Park” as the theme for 2019, they announced Thursday night.

As expected, this year the committee didn’t publicly solicit ideas or feedback, or ask the public to vote on possible themes. Committee Chairman Jeff Branch said last year the committee probably would keep the selection process internal after a controversy in which the committee chose “Adirondack Fiesta” and then changed it to “Adirondack Festival” amid criticism that a fiesta theme would be culturally insensitive to Latino people.

This year’s theme was chosen from ideas gathered from the community and committee members, the committee said in a press release. When narrowing down the theme ideas, committee members weighed a number of factors, including whether a theme could fit well in the parade and the construction of the Ice Palace, and generate suitable music for various festivities during the 10-day-long event.

The Saranac Lake Winter Carnival Committee, formally known as the Society for Promotion of Winter Carnival, Saranac Lake, Inc., is a nonprofit 501(c)(4) organization of volunteers dedicated to planning and presenting an annual mid-winter festival. This 10-day, communitywide event traces its roots to a one-day Winter Carnival held in 1897 by the Pontiac Club. The Carnival honors its heritage every year by building an Ice Palace from blocks of ice harvested from Lake Flower’s Pontiac Bay, where Carnival events have been traditionally held for generations.