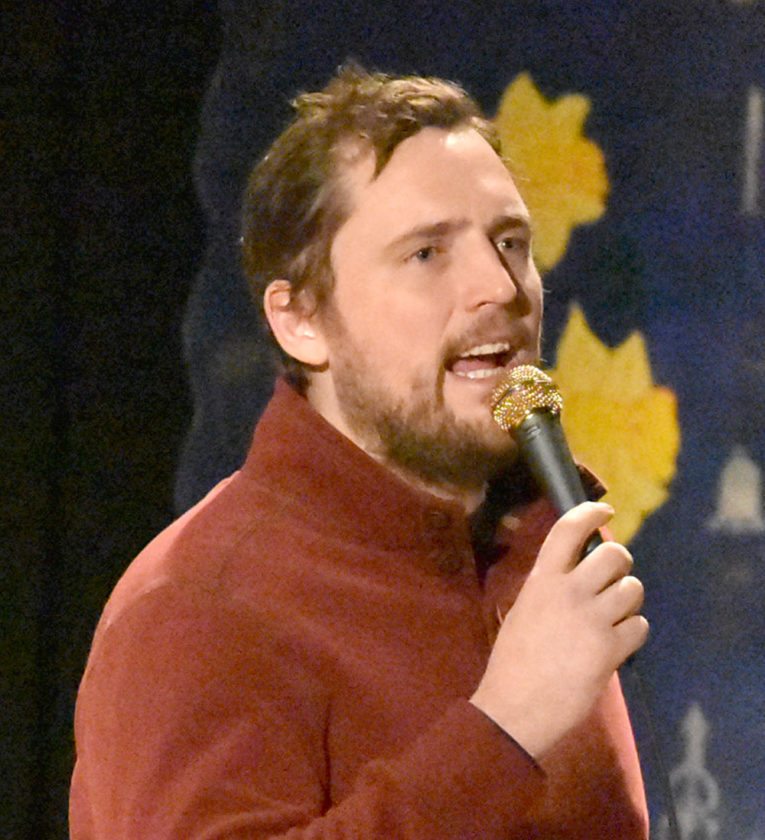 SARANAC LAKE — Nationally recognized comedian and Saranac Lake resident Owen Benjamin was permanently suspended from Twitter and prohibited from live streaming on YouTube after tweeting a slew of ribald comments about a high school student and Parkland shooting survivor.

Benjamin, whose birth name is Owen Smith, directed comments at David Hogg, a student who was present on Feb. 14 when Nikolas Cruz killed 17 people at Marjory Stoneman Douglass High School in Parkland, Florida. Hogg is now a gun-regulation activist. One of Benjamin’s tweets that apparently led to his suspensions challenged Hogg’s physical maturity and suggested he was not old enough to tell a grown man not to own a gun. The Enterprise has decided the comment is too inappropriate to republish.

Benjamin himself is an alumnus of Plattsburgh State University.

On Thursday, Benjamin posted on his Facebook, saying, “Both twitter accounts suspended and now my ability to make an income has been revoked.”

He asked people to become his supporters on Patreon, which is essentially a way for audiences to fund creative types. For example, YouTube is a free platform for uploading and watching videos, but with Patreon, a person who likes an artist can pay him or her to keep creating videos.

“This is disgusting,” Benjamin continued. “I have a two year old and a pregnant wife and [Twitter] just set my life back to [zero] with on[e] big swoop. I just worked tirelessly for the last 5 months building my online ability to make a living and it’s all gone. You will be next. Fight it now.”

Later Thursday night, Benjamin appeared on “Louder with Crowder,” a conservative commentary-comedy show on YouTube hosted by Stephen Crowder. Crowder is well known on YouTube for his “Change my mind” debates, where sets up on college campuses with signs that say things such as “Male privilege is a myth” and “I’m pro-gun,” and starts open discussions about the topics. Benjamin occasionally writes for the show.

“Looking back, I can see an Achilles heel to it,” Benjamin said.

Benjamin then compared Hogg to Peta from the “Hunger Games” book series, saying he’s mainly just a tool and a face for anti-gun conspirators.

“As a comedian,” he said, “I feel I get to say the hyperbole and the ironies and the satires that a lot of academics and politicians aren’t allowed to say, and I’ve always enjoyed that position of mocking power.”

The suspensions come less than six weeks after Benjamin sang a song titled “That Nigga Stole My Bike” during a recorded comedy special at the Harrietstown Town Hall in Saranac Lake. Some found the song to be offensive, and the town supervisor publicly apologized for the show being in the town hall. At that point Benjamin went on a social media tear, blasting both local and national reactions against his song. The Enterprise reported on the controversy, and Benjamin affirmed on his Twitter that he appreciated the article despite the Hazlett Theatre in Pittsburgh canceling one of his upcoming shows in light of it.