There’s no way to link a ballot to the voter who cast it, open government chief says. Case originated in Essex County 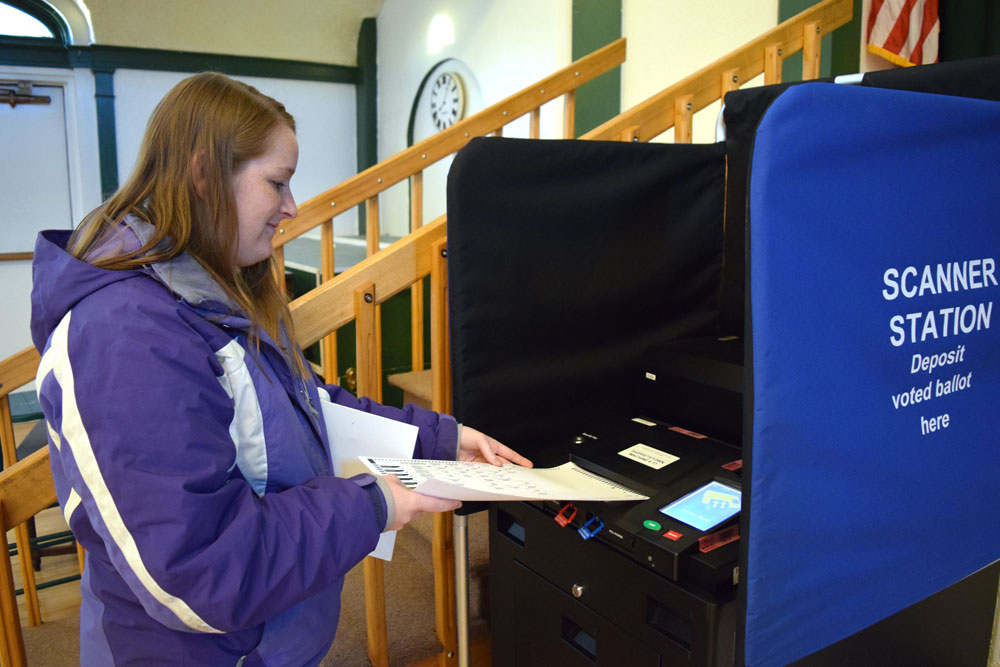 This is how it works: A person fills out a paper ballot, which doesn’t have his or her name or identifying information on it. The voter slips that ballot into a voting machine, where an electronic image is recorded. That image is saved onto two flash drive in a random fashion, which preserves anonymity. The paper ballot is then fed into a secure box underneath the machine. One flash drive is removed and given to the local board of elections. All the data is transferred over to a larger hard drive, and the now-blank flash drive can be used for another election.

Only after the process is complete can the vote be requested via FOIL.

The state Supreme Court’s Appellate Division, Third Department made the decision in the case of Kosmider v. Whitney.

Essex County Democratic Committee Chairwoman Bethany Kosmider, a former supervisor of the town of Crown Point, filed a FOIL request in 2016, seeking access to the images of Essex County ballots and cast-vote records from the 2015 local election.

Essex County Attorney Daniel Manning claimed FOIL didn’t cover the access she wanted and that a court order was required.

In response, Kosmider wound up suing Essex County Election Commissioners Mark Whitney (Democratic) and Alison McGahay (Republican), as well as Bill Ferebee (R-Keene), who was then chairman of the Essex County Board of Supervisors.

In 2016, Kosmider told Sun Community News she wasn’t accusing anyone of malpractice but thought people have a right to see the ballots.

“I wanted to look at some of the ballots I had questions about,” Kosmider said.

State Supreme Court Justice Martin Auffredou issued an order to Essex County that it had to release the images and records on Jan. 19, 2017.

The county appealed the ruling.

Manning told the Sun that the appeal was less about blocking transparency and more about respecting the privacy of voters. He said having the information readily available can create problems.

“That does interfere with a person’s right to have anonymity in their vote,” Manning said.

Robert Freeman, executive director of the state Committee on Open Government, said in a phone interview Thursday that it seemed clear from the start that the images would be made available.

He said unless a person tells someone who they voted for, there really isn’t a way to trace a ballot to the voter who cast it.

“We should be concerned about privacy,” he said, “but there are situations, at least in my view, where there is no possible way to obtain a person’s identity.”

Manning told the Enterprise Thursday it’s a little too early to say whether the county will try to appeal the case further.

“We only received the decision today, so I haven’t been able to discuss it with the board yet,” he said.

The court’s ruling was not unanimous. Justice Philip Rumsey dissented, saying FOIL doesn’t cover electronic images. This allows for the county to go to the Court of Appeals, the state’s highest court.

“We could appeal to the Court of Appeals,” Manning said, “but again, that decision hasn’t been made yet.”

As for his opinion on the ruling, he said, “I disagree with it. We’ve always tried to do what we thought the law said.”