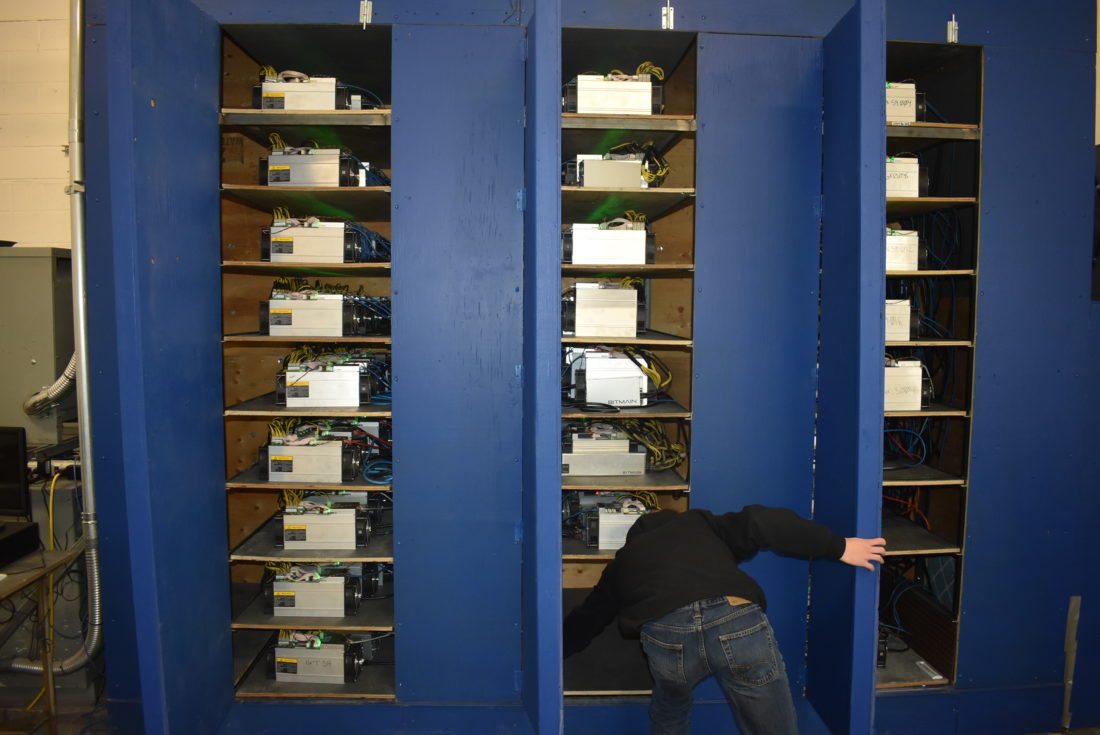 LAKE PLACID — The city of Plattsburgh recently put an 18-month moratorium on cryptomining, after many residents complained miners were using up too much of the city’s allotted power, driving up bills. Now Lake Placid, another community with cheap hydroelectric power, prepares for potential miners.

“We’re still in our preliminary research phase,” village Mayor Craig Randall said in a phone interview. “We’re looking to Plattsburgh to see how they handled the situation. To the best of our knowledge, we don’t have any cryptomining happening yet.”

Cryptocurrency is relatively new. The first version, Bitcoin, was created in 2009 by Satoshi Nakamoto. This part is a little weird because Nakamoto isn’t a real person. It’s a fake name for someone or a group of people whose identities are not yet confirmed. 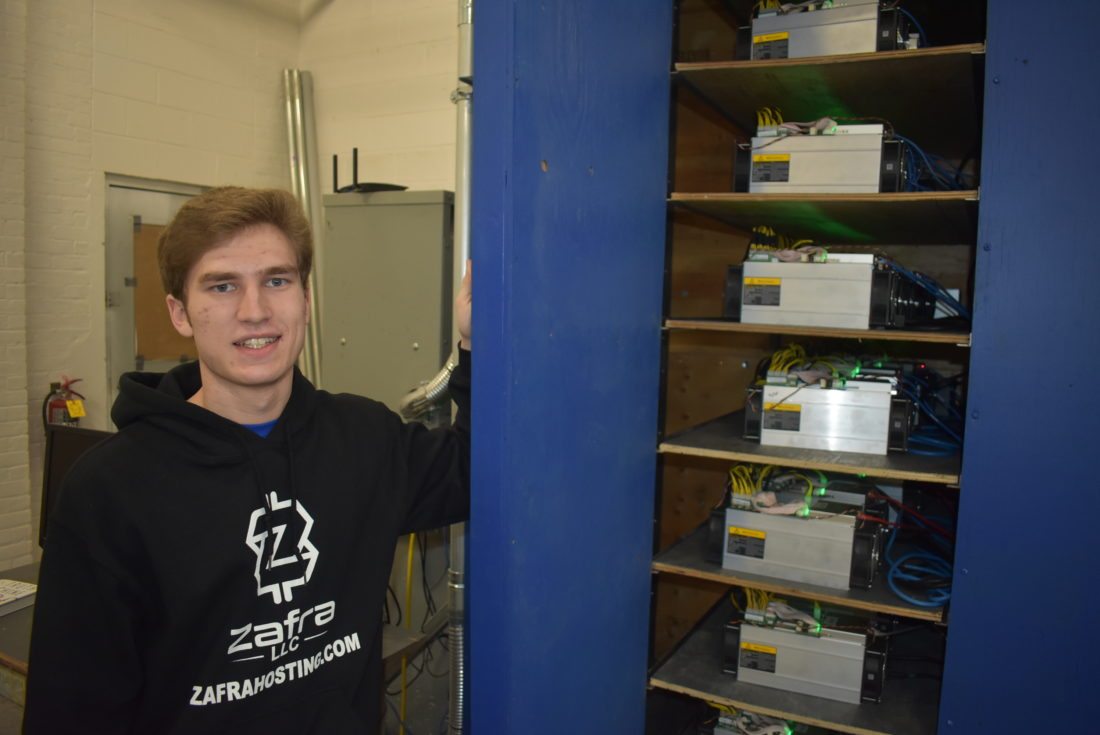 Cryptocurrencies are like money in that people give them values, but they’re not recognized by any official governments or treasuries. Similar to dollars, euros and yen, cryptocurrencies come in different tenders such as bitcoins, litecoins and Zcash with bitcoin being the most popular.

Not every business will accept cryptocurrencies as payment, but popular services such as Overstock, Expedia and Microsoft do. You also can’t touch cryptocurrency because it’s all digital. Cryptocurrency resides in a digital wallet, and like a real wallet in your back pocket, people can steal it.

How do you do it?

Bitcoins can either be bought or mined. Cryptomining itself is a process of computers continuously solving highly intricate math problems. The more a bitcoin is valued, the harder the math problem gets and the longer it takes to “find” a bitcoin. This process requires a lot of energy. Just like 19th-century prospectors going out west because “there’s gold in dem’ der’ hills,” cryptominers seek out communities with cheap energy rates.

Ryan Brienza runs a cryptomine in Plattsburgh with his partner Tom Pillsworth. The two don’t do any mining themselves at their location. They’re more like housekeepers. People from all over the country send them machines that mine for cryptocurrencies, and Brienza and Pillsworth make sure the drives function properly and don’t overheat.

Brienza stores the drives in a special box that keeps the machines cool and blows hot air outside. If they didn’t have the box or fans, Brienza said all the drives could heat up to almost 100 degrees above zero and eventually turn off. He said mines might be able to reduce energy if used properly.

“Because [the box] keeps everything kind of in a container system,” he said, “we could recycle the heat by putting these next to buildings and put back the heat that these miners generate.”

Another mine in Plattsburgh, Coinmint, used roughly 10 percent of the city’s allotted power. Brienza said, yes, cryptomining can require a lot of energy, but the cold weather definitely contributed to the higher bills in Plattsburgh.

Plattsburgh, Lake Placid and many communities in New York, recently went through a rough winter with plenty of snow and temperatures consistently below zero. Lake Placid has an allotted amount of hydroelectric power. If it goes beyond that limit, the village has to buy power on the open market, which is more expensive.

The total energy bill for the village of Lake Placid in January was $1,243,923.18. That’s higher than normal, but it has happened before. In 2014, the January bill was about $1.5 million. Randall said it was just a matter of cold weather and residents turning their heat up.

Over the next 18 months, the city of Plattsburgh will look for ways to keep energy rates low, and Brienza agrees with that.

“That’s our priority as well,” he said. “We don’t want people’s energy bills to go up for our benefit. That’s not fair, and we know that.”

Other than the energy usage, Randall said he had concerns with how a mine operates. With Brienza and Pillsworth, it’s just them. They don’t need any more employees. Cryptomines, in general, don’t require many workers, so in terms of providing jobs, mines aren’t that practical.

Brienza’s operation is still acceptable in Plattsburgh, but they are looking to set up new mines in other communities.

“We have more clients than we actually can handle that are calling us daily,” he said, “so we’re trying to find a place that we can expand to. We are actively pursuing other locations besides Plattsburgh, but we are also trying to work with the city to bring a benefit to the town.”

Brienza thinks mines have the potential to bring investors and that communities tend to jump to conclusions on cryptomining because they don’t know much about it.

“They should be educated on it and see what other towns are doing,” he said. “One town in Washington put a moratorium on mining a few years ago, and they took the 18 months to study. Their moratorium ended and they’re actually doing well. Just explore all the options and don’t jump the gun too quick.”

He also said he wouldn’t be surprised if town and cities invested in their own cryptomining machines.

Randall said he sees some negatives with cryptomining such as the energy usage and the lack of jobs, but he would like to learn more about how it works and would even be interested in speaking with Brienza.