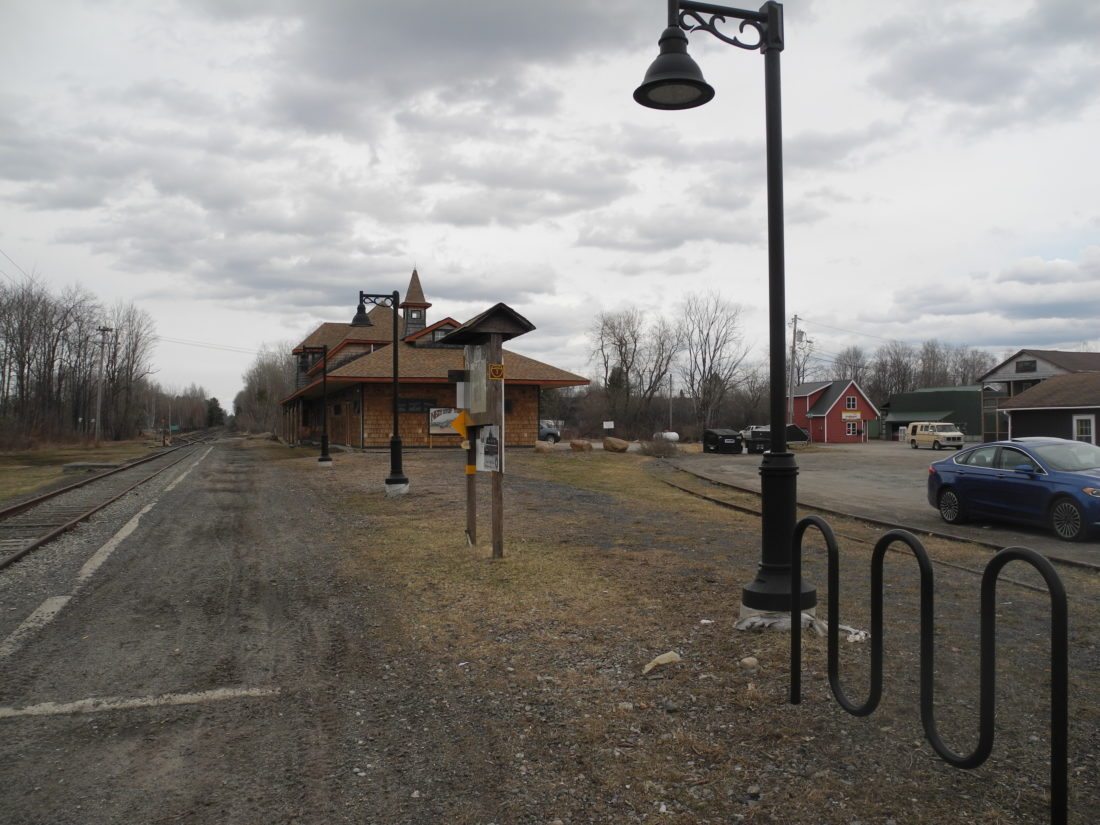 RAY BROOK – After losing a court battle late last year over a proposed rail trail, the state Adirondack Park Agency approved a plan Thursday that, if finalized, would clear the legal hurdles necessary to build a trail between Tupper Lake and Lake Placid.

The APA board approved a change to the State Land Master Plan [SLMP] that would allow the state Department of Environmental Conservation to decide whether to pull up the tracks on 34 miles of the Remsen-Lake Placid Travel Corridor.

There are train tracks along the length of the 120-mile corridor, and the original DEC plan called for a trail between Tupper Lake and Lake Placid, along with improved train tracks south of Tupper Lake.

While the APA approved the new plan, the agency is taking public comments until May 7. It will also host three public meetings where verbal comments can be made, including meetings in Ray Brook on April 11; in Old Forge on April 24; and in Albany on April 25. Comments can also be submitted to the APA via mail or email.

The travel corridor has been a topic of debate for years, coming to a head in 2016 when the APA, DEC and state Department of Transportation — which technically oversees the corridor — issued the rail trail plan. The state owns the entire corridor except for about 3,000 feet at North Country Community College. The DEC was in talks to purchase that parcel, but an NCCC spokesman said earlier this week that sale had not yet happened.

The three agencies were sued by the Adirondack Rail Preservation Society, which operates seasonal tourist trains on the corridor under the Adirondack Scenic Railroad name. The company runs trains from Remsen, near Utica, to Big Moose in the southwestern Adirondacks, and until last year when it wasn’t issued a permit, between Saranac Lake and Lake Placid.

ARPS prevailed in the lawsuit, with acting state Supreme Court Justice Robert Main ruling the plan clearly didn’t fall within what is allowed to occur in a travel corridor.

“The multi-recreational use trail would be just that, a recreational trail,” Judge Main wrote. “The SLMP expressly defines travel corridors in terms of either automobile or railroad transportation. … The Court rejects respondents’ self-serving conclusion that the 2016 UMP is consistent with the SLMP.”

To get around the judge’s ruling, which nullified in full the state’s previous plan, the APA’s new SLMP language would allow a rail trail not only on the RLPTC, but on any travel corridor the state may acquire in the future.

“This alternative includes revisions to the Travel Corridors definition and guidelines for management and use to clarify that the Remsen-Lake Placid Travel Corridor, or any section thereof, and future State-Owned railroad corridors with existing rails, may be converted to and managed as a rail trail,” the APA’s recommendation says.

After the public comment period, the APA board will vote again on the plan – once public comments have been incorporated. The new language then needs to be approved by Gov. Andrew Cuomo, who was a staunch supporter of the rail trail plan.

After the SLMP is updated, the DEC is likely to develop a unit management plan that calls for removal of at least some of the train tracks.

“DEC is pleased to work with the Adirondack Park Agency and the Department of Transportation on a clarifying amendment to the Adirondack Park State Land Master Plan to ensure that DEC can manage portions of railroad corridors for travel and recreational uses, including snowmobiling, cross country skiing, biking and walking,” DEC Commissioner Basil Seggos said in a press release issued by the APA. “This proposed definition change, if adopted, will enable DEC to convert the segment of the Remsen-Lake Placid Travel Corridor between Tupper Lake and Lake Placid to a rail trail.”

Comments can be emailed to SLMP_Comments@apa.ny.gov. To read the proposed changes, go to www.apa.ny.gov.

Love has no political party