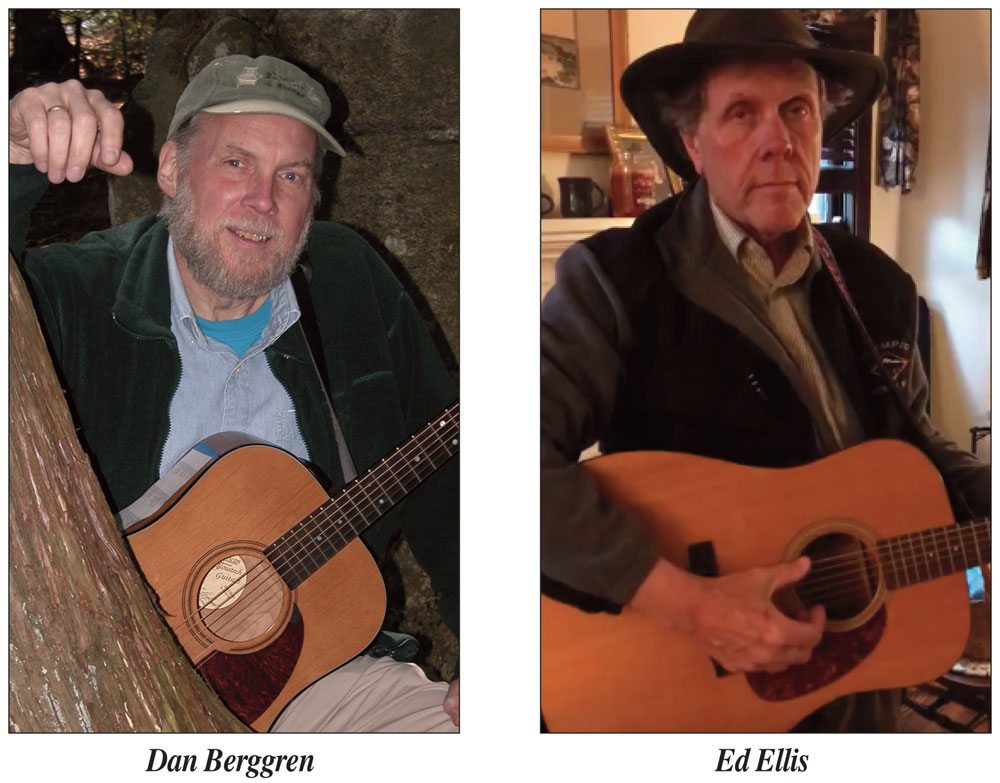 Equipped with guitars, the melody from “Home on the Range” and biting lyrics on the ethics of tanker storage in the Adirondacks, the two produced catchy and contrasting opinions of what train car storage means for North Creek and the Adirondack Park.

The Saratoga and North Creek Railway began storing surplus tanker cars from Midwest companies on ancillary rails near the town’s train depot Oct. 17, charging $4 to $15 per day per car for the service.

New safety standards for tankers mean many will need to be decommissioned until they can be modified to meet regulations. Nationwide, 125,000 train cars are being kept in storage.

Berggren, siding with environmental groups, said in an email that he wrote “Junkyard Express” because he fears temporary storage of single-hull oil tankers could become permanent if companies abandon cars to rust on the rails.

“Within the Blue Line, you’ll pay a fine if you violate APA rules, but if your trash has wheels and you’ve made a good deal, the rest of us are played for fools,” Berggren sings in “Junkyard Express.”

He said he loves trains, uses them to travel and has tracks that pass near his home in Minerva without issue, but he does not want the Adirondacks to become a dumping ground for unused train cars.

“Where do we put the out of service, single-hulled oil tankers? I don’t know — perhaps they need to be recycled or re-purposed,” Berggren wrote in an email.

Four days after Berggren released his song on Soundcloud, Ellis responded with a YouTube video, picking a guitar and crooning his side of the story.

“There’s no need to fight. The cars are not in sight. You’ll see wilderness every which way,” he sings in “Keeping Tracks.”

Ellis defends the car storage because he says there is no negative environmental impact, trains are an efficient form of mass transportation, and the railway needs additional funding after single-handedly taking on the reconstruction of a long-dormant track from North Creek to Tahawus, although Iowa Pacific has not done that so far.

This track can be used for transportation, recreation and removing 100 million tons of already-quarried granite from a mine in Tahawus.

“There is only one track in the Adirondacks, and the need may be strong very soon. So support for the line, for a future that’s fine, can be paid by the car storage boon,” Ellis sings.

In fact, It’s not the only track in the Adirondacks. The state-owned railroad connecting the Tri-Lakes area to Utica is also controversial, and another freight and passenger line runs along Lake Champlain between Albany and Montreal.

These songs come as environmental groups and congressional candidates call for the state to step in and remove the train cars, Gov. Andrew Cuomo condemns the storage and the cars’ parent companies plan to retrofit the cars to meet the latest train standards.

There is no known time frame for the retrofitting of the cars and no action from the state to block the storage of them on North Creek railways.