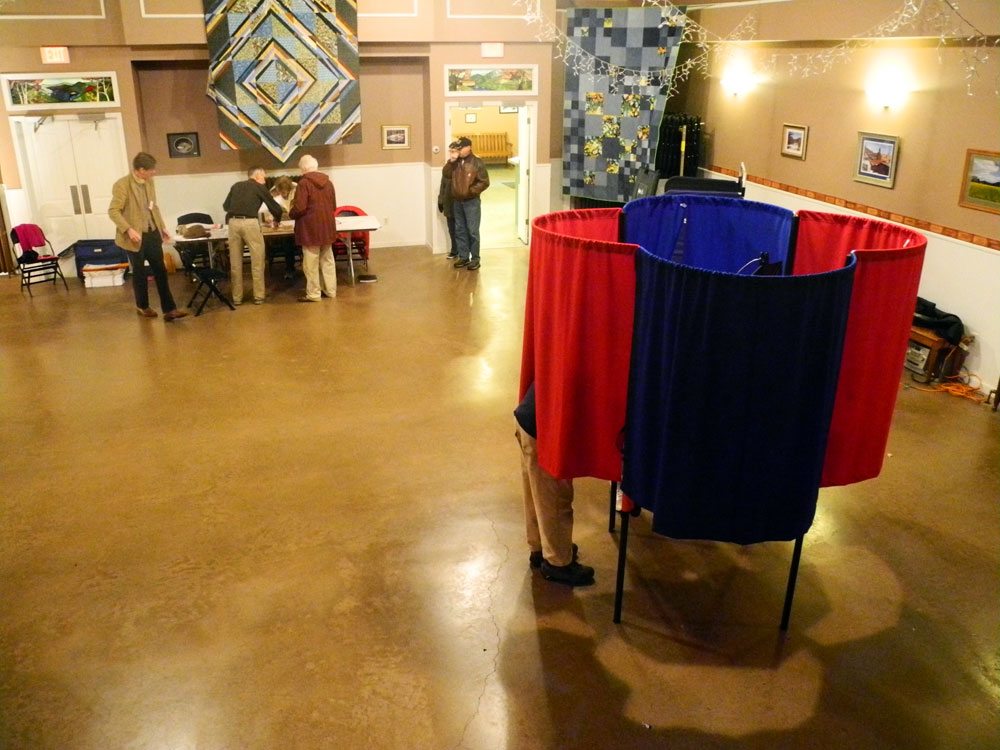 At the Amos and Julia Ward Theater in Jay, voters cast ballots in a town with many candidates for local office: five for two Jay Town Council seats, four for highway superintendent and two for tax collector. Voters the Enterprise talked to at the poll station cited road quality and filling empty storefronts as the main factors in their voting decisions. (Enterprise photo — Aaron Cerbone)

The four winners have said they are excited to improve the town’s roads, economy and taxes.

Political newcomers Robert Segall and Spencer Reynolds were elected to town council, each hoping to bring change in their own way. Reynolds wants to make changes with how the town’s taxes are assessed, believing the assessor who also assesses three other towns is being spread thin.

Segall has worked to better his community as a citizen for years and hopes his thoughts and energy will spark more action on the council.

Susan Richards, a Democrat who won the tax collector position with 489 votes, has experience with the town’s taxes, having developed the warrant for the tax collector for 11 years while working as the town clerk.

Richards hopes to emulate then-tax collector June Taylor, who died in office, leaving many realizing how much they liked the woman who collected their taxes.