Railroad wants Tupper Lake on board 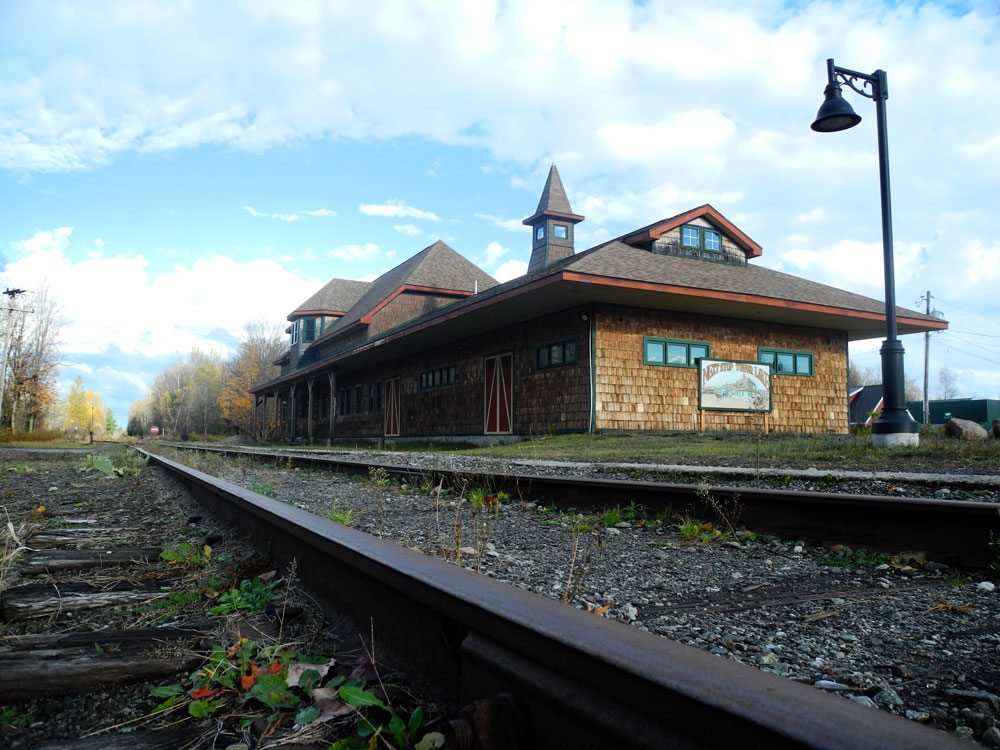 TUPPER LAKE — Motivated by a judge’s rejection of a state plan to replace the Tri-Lakes railway with a multi-use trail, Adirondack Scenic Railroad officials are searching for state funding and local support to get a train running to or through Tupper Lake again.

The executive director of the Adirondack Scenic Railroad, Bethan Maher, and several local ASR members met with Tupper Lakers from the town government, the Regional Office of Sustainable Tourism and the public to ask: If the rail company is able to secure funding to repair the rails, will residents assist with their favor and support?

Sitting in the back room of the ROOST office, attendees heatedly discussed the past, present and future of the rail corridor. Last year the state finalized a plan to replace 34 miles of tracks with a trail between here and Lake Placid, and to renovate 45 miles of tracks to passenger grade from here south to Big Moose. ASR sued, and last month state Acting Supreme Court Judge Robert Main Jr. sided with the train company. The future is still uncertain: If the state appeals Main’s decision, that could reopen the possibility of a trail-only option from Tupper Lake to Lake Placid.

“The judge has said that what was created [the 2016 UMP] was not legal,” said ASR board member Bob Hest of Mountain View. “The 1996 UMP, which was both [rail and trail], is now, again, the policy of New York state.”

Train advocates now plan to take action. Whether the line ends in Tupper Lake or Lake Placid, there will be a train to the junction in Tupper Lake, said ASR board member Jim Ellis, who lives here.

ASR officials are asking the state to spend the $15 million it allocated for the railroad renovation between Big Moose and Tupper Lake even though the judge shot down the other half of the plan. Meanwhile, they are preparing to work with local businesses, services and residents to be ahead of the development curve.

“All of this is not going to be successful without the community partnerships and the suppliers and the employees and all of the infrastructure and all of the support system,” Maher said. “Without that up here, we don’t have an operation.”

According to Maher, hotels, transportation and restaurants would need to expand or be created, and packages coupling the train ride and other Tupper Lake amenities, such as the Wild Center museum, would need to be developed two years before they can be offered so advertising can be bought in state tourism brochures.

After years of unused rails, legal battles and false starts, rail operators may need to gain the trust of local businesses before they partner up to anticipate demand for trains. In 2013, a petition by the Adirondack Recreational Trail Advocates group listed several hundred businesses favoring a trail, including more than 100 in Tupper Lake.

To assure residents that work is being done, ASR plans to ask the state to start construction at the Tupper Lake train station near the Lumberjack Inn.

“If you can convince the community that the train is going to come and it’s not smoke and mirrors, then I thinks that’s your first step,” town Code Enforcement Officer Paul O’Leary said.

At this point, these plans are just speculation. Until money for construction becomes available, the state of the rails remains unsure. But ASR members say the rail-trail project has not derailed; they believe it is only building speed.