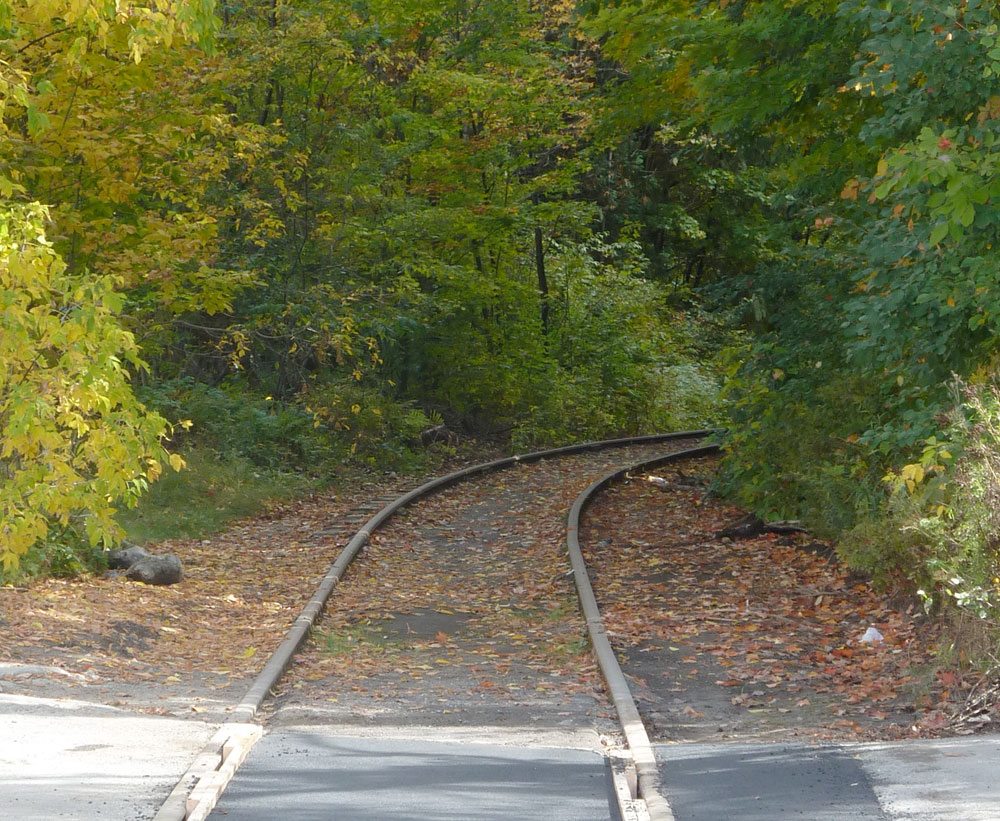 The vote was 2-2 and therefore did not pass. Trustees Allie Pelletieri and Rich Shapiro voted in favor. Mayor Clyde Rabideau and Trustee Tom Catillaz voted no. Trustee Paul Van Cott recused himself from voting since he works for the state Adirondack Park Agency, which had approved the rail-trail plan.

The boards of the village and town of Tupper Lake, the village of Lake Placid and the town of North Elba voted in favor of a similar resolution, favoring a state plan to replace 34 miles of railroad running between the Tri-Lakes villages with a stone-dust-surfaced trail for biking, snowmobiling and other recreational uses. The plan would renovate another 45 miles of railroad between Tupper Lake and the Old Forge area, allow passenger train travel north from Utica.

Introduced by Pelletieri, Monday’s resolution read, “The Village of Saranac Lake hereby reaffirms its support of the Remsen-Lake Placid development plan as put forth by the State in the 2016 Unit Management Plan … we urge Governor Cuomo to take any action or authority necessary to designate the Lake Placid to Tupper Lake rail corridor as a NYS Recreation Corridor.”

The New York Central Railroad stopped running passenger trains on the line in the 1960s. The state acquired the Remsen-Lake Placid Travel Corridor, which makes up most of of the line between Utica and Lake Placid, from the Penn Central Railroad’s bankruptcy in the 1970s. A railroad company that ran trains during the 1980 Winter Olympics quickly went bankrupt. In 1996, the state unit management plan for the corridor settled on its sixth and last option, to allow a private group to restore train travel throughout the corridor and to pursue building a parallel trail where feasible.

The Adirondack Railway Preservation Society has run excursion trains between Utica and the Old Forge area since the early 1990s and between Saranac Lake and Lake Placid since 2000, and its supporters hoped the state would upgrade the tracks in between to passenger-bearing standards. Then around 2010, a Tri-Lakes-based group called Adirondack Recreational Trail Advocates sprung up saying the train was an economic disappointment and should be replaced with a trail. The state’s 2016 UMP amendment added a seventh option, part train and part railroad. ARPS fought it through the process and, after all the relevant state agencies approved it, sued.

Main sided with ARPS a month ago, negating the 2016 amendment and directing the state to return to the 1996 plan, on the basis that the state lacked clear title to all land parcels that would be affected and failed to provide clear evidence that the plan would benefit the region economically, that the land would no longer merit travel corridor designation if the train tracks were removed, and that the state failed to deal appropriately with the corridor’s status on the state and national registers of historic places. The state has not said whether it will appeal.

Railroad supporters say the state should instead develop a parallel trail, as per the 1996 UMP. A group of rail supporters has drafted a trail proposal that would veer away from the railroad at points where water crossings present obstacles, but the state has said this plan would not be feasible.

Thirteen supporters of a rails-with-trails option read statements at the Saranac Lake village board meeting Monday.

“Rails with trails remains the best potential return on the state’s financial investment, far more permanent jobs, and the engine to make Saranac Lake an accessible, world-class tourist destination,” Saranac Lake resident Keith Gorgas said. He also referred to Rail Explorers, which in 2015 and 2016 provided pedal-powered vehicles for people to travel the train tracks. The state did not allow rail bikes or trains to operate here this year due to what was thought to be imminent construction of the trail.

“I work for Rail Explorers, now over in Rhode Island, and it pains me every day to see a parking lot full of cars, knowing that last year those customers were coming to Saranac Lake,” Gorgas said.

“If the state of New York — particularly DEC [the Department of Environmental Conservation] — had moved vigorously forward in its role under Option 6 of the 1996 corridor management plan, the arguments of the past several years would not have occurred,” said Phil Gallos of Saranac Lake. “The recreational component and the rail component would by now be coexisting.”

“The resolution before you this evening doesn’t allow us to move forward, but instead it implies that further delay of all the economic development potential of the travel corridor is preferred,” said Sunita Halasz of Saranac Lake. “There was formerly a permit in place to create a rail-with-trail from Lake Placid to Ray Brook, and permits were being pursued for the remainder of the rail-with-trail into Saranac Lake. No permits were ever denied, but North Elba gave up on the effort, which put the rest of our communities into a difficult situation. This effort should be renewed because it was to be at a fraction of the cost to taxpayers than the more recent plan that has failed in court.”

In a later interview, village Trustee Rich Shapiro, a trail supporter, said, “The rail-with-trail design would be nirvana. Unfortunately, to date nobody’s come up with a concept for that that’s economically and ecologically viable.”

Shapiro said that if the tracks are not removed, replacing the Brandy Brook sewer line underneath them would cost the village $1 million. He said North Elba had abandoned the rail-with-trail plan because it wasn’t economically feasible.