Rescued hiker was unprepared for overnights, but built shelter to stay dry during weekend deluge 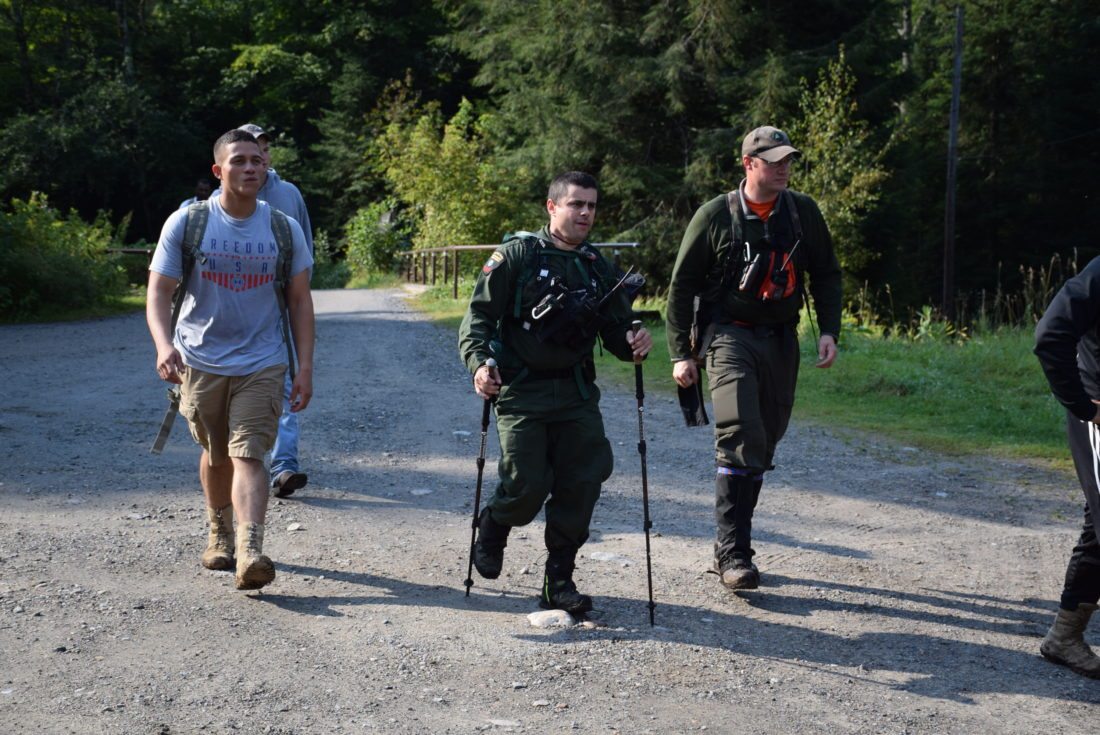 Forest Ranger Adam Baldwin, center, and Search and Rescue of the Northern Adirondacks Training Officer Neilson Snye lead some soldiers from Fort Drum out of the woods in September 2017 after a missing hiker had been found. (Enterprise photo -- Justin A. Levine)

PAUL SMITHS — A missing hiker who was rescued early Monday morning was unprepared to spend a night in the woods, but may have saved himself by building a makeshift shelter to stay dry during Sunday’s cold, wet weather.

Richard Guinan, a 40-year-old soldier stationed at Fort Drum, climbed St. Regis Mountain Saturday morning and successfully made the summit before heading back down the trail. But according to forest rangers, Guinan may have followed two other people off the trail before becoming lost.

Guinan called his wife around 11 a.m. on Saturday to tell her that he was lost and that his cell phone was about to die, but not to worry. When Guinan didn’t return, his wife alerted authorities at 8 p.m. Saturday night.

Forest ranger lieutenant Gary Friederich said that Guinan made some good decisions once he realized the gravity of his situation. 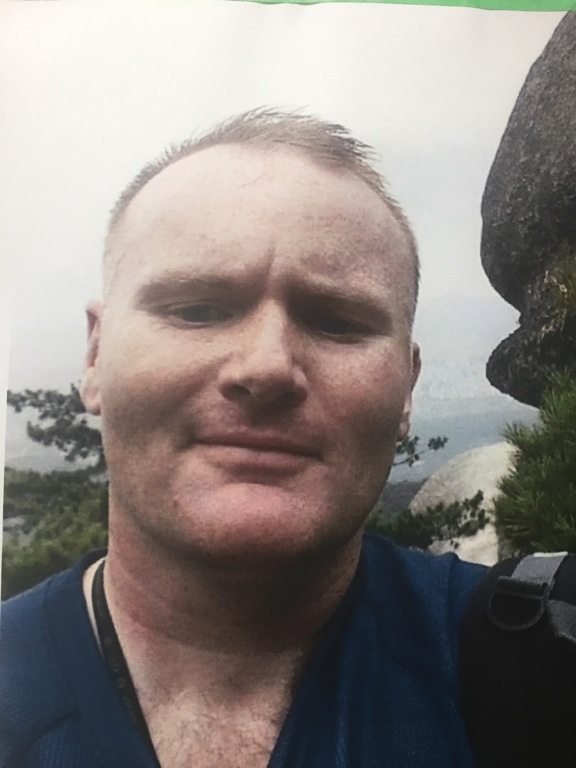 “That being said, once he realized he was lost, lost … at that point, he started doing things right. He realized that he couldn’t get himself out; that he needed to prepare to spend a night in the woods as best he could with what he had.

“He built himself a shelter with logs and moss against a rock,” Friederich said. “Fortunately, since he had the forethought to build the shelter he was able to stay out of the elements and stay relatively warm all day Sunday.”

Sunday’s inclement weather kept the state police aviation unit out of the skies during the day, but as more than 100 people gathered at the Paul Smiths-Gabriels Fire Department Monday morning, the state police helicopter was able to take flight.

A forest ranger crew chief on the helicopter spotted Guinan on the edge of a swamp adjacent to St. Regis Pond at 9:06 Monday morning.

“Obviously a huge thank you to the volunteers, and also to Paul Smiths-Gabriels Fire Department for being wonderful hosts and supporting the search effort,” he said. “We can’t do this by ourselves.”

Friederich said Guinan’s actions once he was lost also helped lead to the positive resolution of the ordeal.

“He’s in good shape for spending two nights in the woods,” Friederich said. “He’s not hypothermic; he’s a little hungry; he’s got scratches on his shins like all people who get lost have, but medically he has no issues.”

Guinan was hoisted to the state police helicopter and flown to Adirondack Medical Center in Saranac Lake for treatment. Staff there said his condition was stable as of noon on Monday.

Forest Ranger Captain John Streiff said Guinan was not expected to be admitted to the hospital.

“They looked him over to make sure he was good to go, and his family was there,” Streiff said. “I think he’s fine and all is well.”