Railway on track to store train cars in North Country 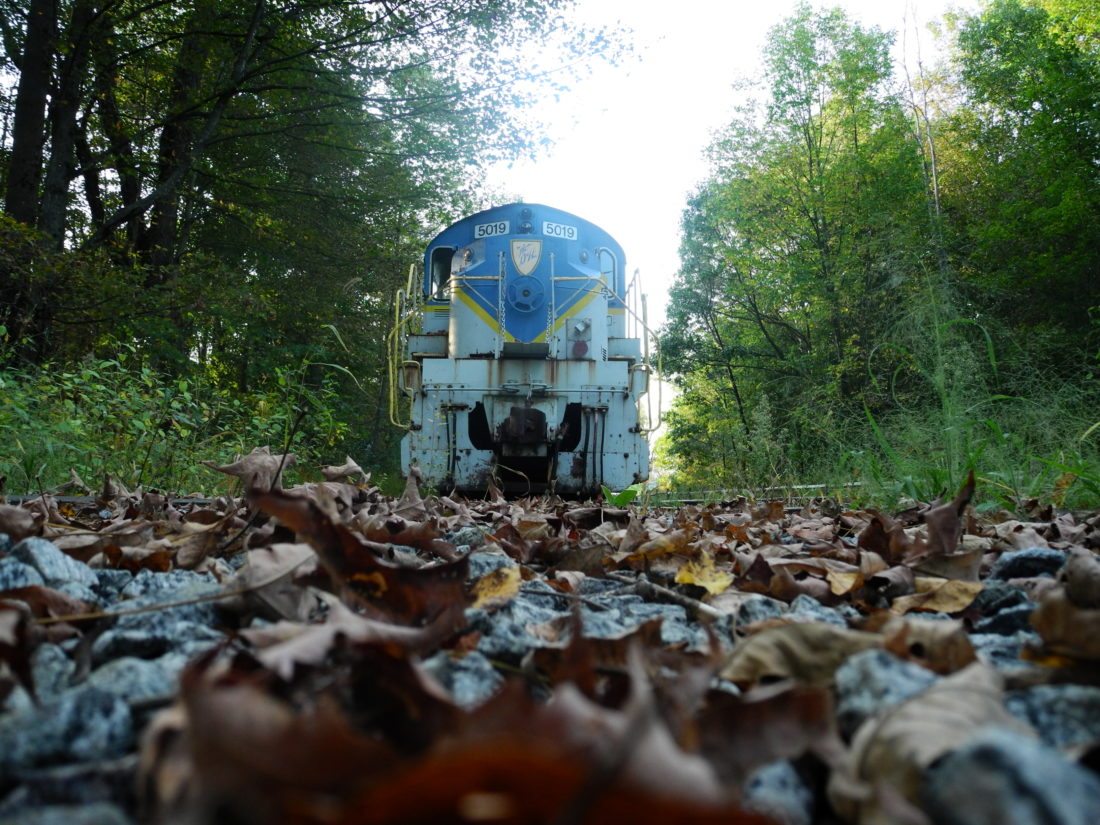 NORTH CREEK — As the Saratoga and North Creek Railway plans to bring in revenue by storing train cars from other companies, environmental organizations are calling for the state to reject the plan in the interest of preserving the Adirondack Park.

A branch of the Iowa Pacific Holdings Company, the Saratoga and North Creek Railway has been storing excess cars on siding lines since 2012, providing a parking spot for some of the 125,000 train cars kept in storage nation-wide.

At a Sept. 15 meeting of Warren County Board of Supervisors, the railway announced plans to store at least 100 cars from 57 customers on ancillary rails.

“People expect a wild experience, a beautiful experience when they come to the Adirondacks,” Executive Director of Protect the Adirondacks Peter Bauer said in a phone interview. “What they don’t expect is it to become a place where old rail lines are used to store railroad cars that are old, out of service, possibly falling apart and being stored in these open-ended contracts indefinitely.”

Protect the Adirondacks and the Adirondack Council are requesting that the state block the storage of these cars, and that the Saratoga and North Creek Railway let the state buy out the lines and replace them with a multi-use trail, similar to the Warren County Bike Trail in Glens Falls, Queensbury and Lake George.

“We’re in the railroad business here,” Iowa Pacific Holdings Company President Ed Ellis said in a phone interview. “We want to run trains: passenger trains, freight trains, storage trains. We were hired to run trains, and that’s what we do. We run trains.”

With an excess of train cars in the country, due to faster trains resulting in more frequent trips per car, the railway looks to collect additional income, charging $4 to $15 per day per car it stores. Ellis said all the money earned from renting and tickets goes back into maintaining the rails.

“We are completely, totally self-funded through revenue. There is no subsidy,” Ellis said. “Obviously, we are maintaining the tracks and the trains are running.”

On Tuesday evening in the Barking Spider, a North Creek bar, however, locals said the trains are not running often.

“For the first couple years it was here, people came. You could tell when the train was in town because people would be walking up and down the street.” Johnsburg planning board Chairman James “Cork” Nester said. “And then it faded off.”

Nester thinks his town would benefit more from using the railroad corridor for winter sports than train storage. In 2010, SnowGoer Magazine wrote an article raving about the trails along the Hudson River in North Creek using one word: “wow.”

“The snowmobiles brought way more business than the train ever did,” Nester said.

Now the railway has restricted snowmobile access to the trails shared with the train tracks. Protect the Adirondacks is asking the state to buy out the line, rip up the tracks and lay a trail for walking, biking, cross-country skiing and snowmobiling.

The Adirondack Council stops short of this call, asking only that train cars not be stored on the line.

Ellis said the railway offers winter transportation and tourism while providing the town with a unique asset.

“That rail corridor is extremely valuable to the public as a future transit corridor, as a recreational train corridor,” Ellis said. “There is no need to create any other kind of trail because there are already plenty.”