Placid mayor: Electric repairs with rails may be possible 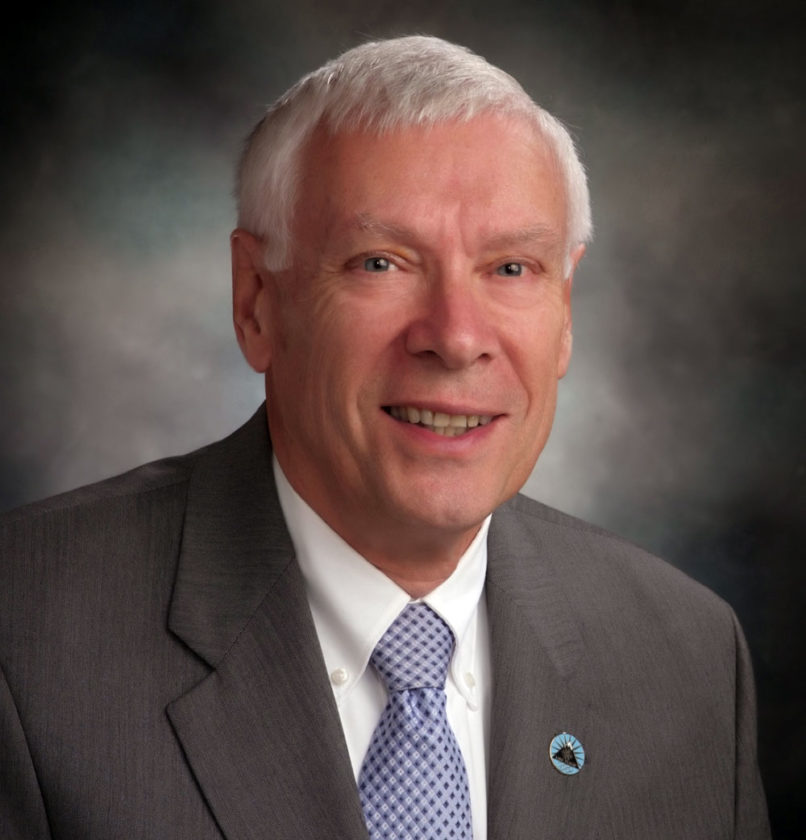 LAKE PLACID — National Grid will use equipment that can ride atop the rails to inspect the electric line and power poles that travel through a right-of-way that feeds electricity to this village.

The utility company will do so on Oct. 2, Lake Placid Mayor Craig Randall said.

This development comes after officials from the village, National Grid and DOT spoke in recent days about how to inspect severely damaged poles and locations along the line that this summer were identified as impaired and troublesome.

These discussions followed response in the past week from members of the public and supporters of the Adirondack Scenic Railroad who rebuked Randall’s claims that ripping up the rails would vastly facilitate electric improvements and fixes.

The future of the railroad corridor has been in limbo for some time. In April 2016, the Adirondack Railway Preservation Society, which operates seasonal tourist trains under the Adirondack Scenic Railroad name, filed a lawsuit that delayed the state ripping up the tracks between Lake Placid and Tupper Lake to build a multi-use recreational trail instead. On Wednesday, a judge sided with ARPS, finding that removing railroad infrastructure to construct a trail cannot be allowed in a travel corridor.

Speaking that same say, Randall provided further context with regard to what he’s been told about what kind of inspection and repair work can and can’t be done in remote locations along that right-of-way with the rails still in place.

Randall said National Grid told the village it does have the ability to access remote locations by riding the rails, but at the moment the company is only sure it’s possible for the purpose of doing further inspections of the electric company’s equipment, lines and power poles — not necessarily the larger repairs it deems necessary.

That said, Randall added that the Oct. 2 inspection will inform the involved parties more specifically on whether they will be able to transport the necessary repair equipment to these locations by way of rail-riding cars or if the repairs will require National Grid to use four-wheeled vehicles, which can’t traverse the rails and ties.

“As far as equipment needed to replace,” the mayor said, “National Grid doesn’t believe we have an agreement on how that can be done. It’s contingent what we learn on Oct. 2.”

The mayor also provided context for those who question how the 115-kilovolt line was installed in the late 1970s, considering the rails were in place then. Randall claimed the difference is that the line was not energized when it was installed, which allowed for rail cars to install the new line and its poles while power to the village remained on through the old 46-kilovolt line, which was eventually removed.

If fixes are needed currently, the mayor said, power would need to be shut off to Lake Placid via the 115-kilovolt line in order to ensure safety for those repairing the line, similar to what occurred one morning this summer when National Grid conducted repairs in a remote location.

“It is dangerous work for linemen unless you can do it under safe conditions,” Randall said.

The mayor added that if a larger, longer outage unexpectedly occurs due to a downed power line in a remote location — such as what happened in February’s 19-plus-hour outage — the rails likely would be in the way of four-wheeled vehicles — that is if, after the Oct. 2 inspection, the parties involved deem four-wheeled vehicles as the only way to get equipment in there other than electric workers carrying it in by foot, like they did in February.

Then again in June, the village lost power during a busy Sunday afternoon and evening of events.

Randal said railroad corridor access was one of several topics discussed at a meeting last week between officials from the village, town of North Elba, state Olympic Regional Development Authority and National Grid, among others.

“Cutting down a tree is complicated in the Adirondack Park,” Randall said Wednesday, “and it’s more complicated when you can’t get to it.”